I applaud the current efforts of Senate Democrats led by Senator Chris Murphy (CT) in their filibuster to make Republicans act on gun violence. The threat of terrorism, whether it is associated with global organizations or lone wolf attacks, should compel my colleagues in Congress to do more to keep America safe. Protecting the American people from violence is not a partisan issue. It is a national security issue. It is a public health issue. Yet for some reason, Congress continuously fails to respond to one of the largest crises our nation has ever seen: the epidemic of gun violence. This failure is amplified by the clearly targeted attack on members of the LGBT community in Orlando. Thoughts, prayers and moments of silence, while always offered and appreciated after times of tragedy, are not enough to create the preventive measure we need.

As we endure this painfully familiar feeling of mourning, we must move forward with progress in honor of the victims, their families, and those injured who are still fighting for their lives. The horrific shooting at the Pulse Night club only adds to the sad reality that an average of thirty Americans have died each day this year from gun-related incidents. When will we say enough is enough? Gun violence has become the unacceptable norm, which in reality is an epidemic that demands an emergent response.

We can avert this national crisis. The Orlando shooter had previously been on a terrorist watch list but was still able to legally purchase a weapon. This shows the glaring flaws in our current gun laws. According to the Government Accountability Office, more than 2,000 suspects on the FBI's Terrorist Watch List have been able to purchase guns since 2004. In an effort to close this loophole, I joined Rep. Peter King (R-NY) as the leading Democratic sponsor of H.R. 1076 - the Denying Firearms and Explosives to Dangerous Terrorists Act. This bipartisan bill promotes a simple principle: If you are too dangerous to fly, then you are too dangerous to buy a gun. This week, House Democrats and I have been calling for a bill that would preclude those on the "no fly list" from purchasing guns. While this legislation is supported by over 80 percent of Americans, Republicans failed to bring it to the House floor for a vote. Sadly, this marks the twelfth time they have blocked our efforts to protect America from potential terrorism. We must make it harder for those who want to harm Americans to get their hands on dangerous weapons.

While Republicans and Democrats may not agree on everything, one thing we must cooperate on is enforcing the gun laws we already have. Right now, the Justice Department's Bureau of Alcohol, Tobacco, Firearms and Explosives (ATF) is responsible for ensuring that our existing gun laws are followed. However, in recent years the Republican-controlled Congress has passed numerous policy riders in appropriation bills that prevent the ATF from doing its job. If the proper resources were provided, the ATF and law enforcement officers could be more effective and better equipped to protect our nation. To address this problem, I authored H.R. 2939, the Enforce Existing Gun Laws Act, which I first introduced in 2013. This bill seeks to repeal several provisions that have limited the ATF's ability to investigate gun trafficking and to stop the flow of guns to criminals, terrorists, and those with mental illnesses. Last year I have also introduced a resolution to designate the month of June as "National Gun Violence Awareness Month" to promote nationwide efforts to prevent further shootings.

The American public is outraged by Congressional inaction, and rightfully so. Failure to act on curtailing gun violence has become routine in Congress. There are nearly seventy bills that have been introduced to reform our nation's current ineffective gun laws. While these bills may not stop all violence, this does not mean we should sit idly and fail to curb any violence. Congress has a chance to save at least one more precious life from being shot to death.

In the past, our nation has expediently responded to public health crises. In the last hundred years we have seen the eradication of deadly diseases. We have seen the addition of airbags and seatbelts to motor vehicles, greatly reducing the number of highway fatalities. We were able to work together after September 11, 2001, and increase airport security and change aviation regulations to protect all Americans from threats of terrorism. We must act now to end this epidemic and create a safer America. 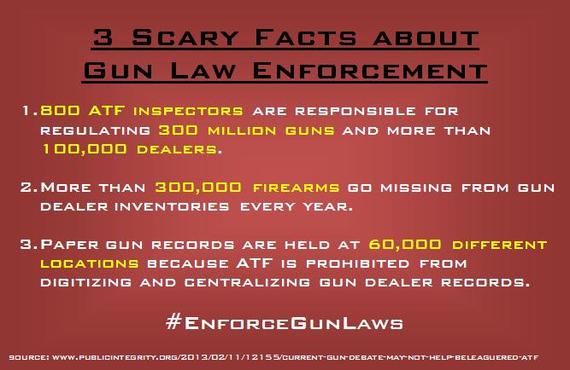 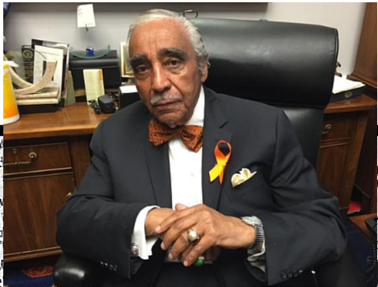