"The press used to ask me for many years: 'Why is this going so slowly?'" said Christiana Figueres, Executive Secretary of the United Nations Framework Convention on Climate Change (UNFCCC), as she opened the latest round of climate-change negotiations - and the last before her term ends in the summer. "We're now going to have to get ready for a new question from the press: 'Why is it going so quickly?'"

The talks, which open today and run through May 26, are designed to begin the nitty-gritty task of designing a "Rule Book" for implementing the Paris Agreement, but many of those rules have already been laid out - especially those concerning land-use issues, which will be critical as industrial emissions decline. 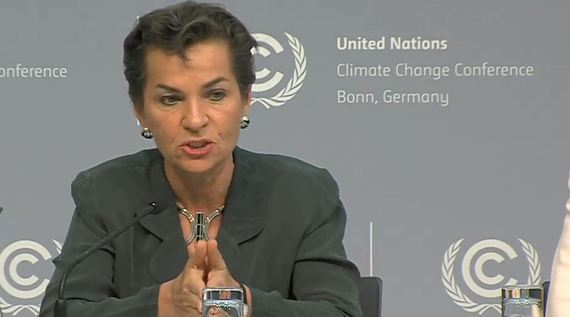 Ségolène Royal and Salaheddine Mezouar, the co-presidents of the Conference to the Parties (COP) of the UNFCCC, both echoed  Figueres's optimism - a noticeable change from years past, when leadership seemed more intent on managing expectations than in raising them.

Alden Meyer, director of strategy and policy for the Union of Concerned Scientists, said the next two years would be a marked contrast to the last five, and he promised that the 2018 COP (COP 24) would be "a key moment where countries need to come to the table prepared to indicate how they can do more to increase ambition at the national level than they committed to in Paris.

Understanding Land-Use in the Bonn Talks


As industrial emissions decline, attention shifts to forests, farms and fields. Ecosystem Marketplace will be covering land-use issues this week and next week from Bonn, and here are links to past coverage:

REDD+ In The Paris Climate Accord: A Summary
Building On Paris, Countries Assemble The Carbon Markets Of Tomorrow

You can also follow the Bionic Planet podcast, the first Podcast of teh Anthropocene, on:
iTunes
TuneIn Radio
Stitcher Radio

Meyer laid out several reasons for optimism over the coming two years.

"With the continuing reductions in efficiency and renewable energy prices, the mounting impacts of climate change, and the shifts in economies, there reason why every country shouldn't be able to more two or three years from now than they thought they could do last year," he said. 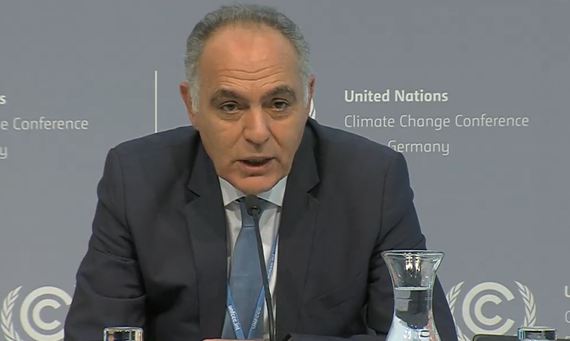 Figueres agreed, but added one more.

"What has really changed the dynamic is the understanding of the many, many opportunities that come with addressing climate change," she said. "It is this promising landscape of everything that can be done by countries to address climate change, but also - and most importantly - to further their national priorities and their national sustainable development targets that has actually changed the dynamic in the climate discussion."

Developing Countries and Private Sector on the Agenda

The Paris Agreement aims to keep global average temperatures from rising 2 degrees Celsius this century and to aim for a limit of 1.5 degrees above pre-industrial levels, and Figueres, Royal, and Mezouar all stressed the importance of having developing countries present their targets for the first time, while Figueres emphasized the role of the private sector.