In the new documentary Time To Choose, director Charles Ferguson posits that there is a way to change the trajectory of climate change. The tools for arresting a dismal future are already in play, being pushed forward by innovators and thinkers who recognize the pressing need.

For me, the biggest takeaway from the information-packed narrative was the unvarnished greed of a select few. Their agenda keeps the majority mired in poverty, lacking energy equity, and sick with chemically induced illnesses.

The movie is predicated on a breakdown of the prime engines of climate change:

Even novices to the subject of climate disruption are aware that the earth's temperature has risen, due to the release of carbon dioxide and other greenhouse gasses into the atmosphere. The frequency and intensity of hurricanes, droughts, and heat waves are part of the story. Supplies of fresh water are in danger, as are coral reefs and ocean life. Global sea levels have risen eight inches. If the ice sheets of Greenland totally melt, sea levels will rise twenty-three feet -- with cities from New York to Tokyo being submerged.

Estimates predict that by 2050 we will have reached the tipping point. Ferguson drives home the theme that the "next six to 10 years are crucial."

Two-thirds of global warming is the result of burning fossil fuels. A shift to renewables is essential, leaving untapped fuels in the earth.

As California Gov. Jerry Brown points out, "There will be a lot of adversaries."

Fossil fuel oligarchs, in America and abroad, have not accepted the premise. The energy industry expended $650 billion in 2013 for "exploration to identify new reserves." Currently, the annual global revenue of the six largest oil corporations amounts to $2 trillion. (The film extended invitations to company titans for interviews, but no one responded.) 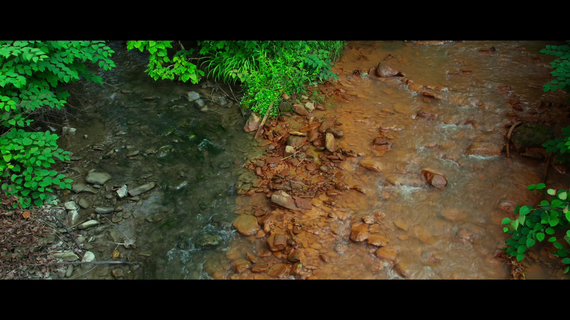 Ferguson traveled to five continents to tell the stories of how average people are impacted.

Goldman Prize winner, Maria Gunnoe, who has been fighting the coal industry in West Virginia, is interviewed about the deadly consequences of mountaintop coal mining in Boone County. First, a mountain is deforested and then it is detonated spewing lead, mercury, and arsenic into the air. Over five hundred mountains in Appalachia have been destroyed this way, with a million acres leveled. Pockets of bronchus and lung cancers, as well as brain tumors, have been evidenced. In addition to local streams becoming polluted, Appalachia is the source for headwaters serving the eastern United States.

In America, coal kills tens of thousands of people. In Asia, it kills millions of people. Coal serves as the primary source of China's energy. They consume the same amount as the rest of the world, combined. Like those who live in Appalachia, rural workers are poor. They have little resources or protections against those with political power, often corrupt officials who ensure that mining deaths go unreported. Those who work in underground Chinese mines have life spans of 49 years old, ten years less than surface coal miners and twenty-six years less than the average Chinese citizen.

Yet, China is a top innovator in the renewable energy production of solar panels. Electric vehicles are also being rolled out in the southern Chinese city of Shenzhen. It's predicted that by 2025, electric cars will be both competitive and cheaper to operate.

Nobel Prize winner in Physics and previous U.S.  Energy Secretary, Steven Chu, emphasizes that the cost of renewable energy is dropping and is poised to become the low-cost option. Lyndon Rive, co-founder of SolarCity, sees solar as the route to "disrupt" climate change.

While solar and wind are growing rapidly in Europe, there are over a billion people around the world who have never accessed electricity. Kumi Naidoo, of Greenpeace International, is on hand to connect the dots between the lack of electricity and global poverty, education deficits, and climate change. Pointing to Kenya, he references the use of solar power in that country as "revolutionary."

A look at how Nigeria became a "centralized petrostate" is particularly unsettling. Chevron and Shell, among others, have exploited the Niger Delta; the country became rife with corruption and inequality as "85 percent of the government revenues were dominated by crude oil." Environment lawyer and activist, Oronto Douglas, speaks about a "deeply unequal society," built on violence and environmental destruction, alongside widespread poverty. Since 1960, Nigerian oil revenues have hit the $600 billion mark. Douglas notes, "90 percent of of these dollars went to 1 percent of the population."

Architect and Urban Designer, Peter Calthorpe, has been working on sustainable urban development since 1976. "The energy the planet needs is defined by how we live," he states. He asks rhetorically if we will design sustainable cities, or continue with "high-density sprawl?"

Reevaluating how we eat and use land and natural resources cannot be overlooked. Growing grain to feed livestock for meat now takes up 30 percent of the earth's land. Deforestation in the Amazon has led to Brazil suffering water shortages. Indonesian forests are being destroyed to make way for oil palm plantations -- displacing animals and exploiting local labor for less than 4 dollars a day.

Dr. Jane Goodall exclaims, "It's pretty shocking when you think of the vast destruction of the forests."

Founder of the Sumatran Orangutan Conservation Program, Ian Singleton, sums it up succinctly. "The battle is not to just save orangutans. It's a battle to save everything." In Singleton's view, it's the forests, animal species, and indigenous communities vs. the "bank accounts of the super-rich." 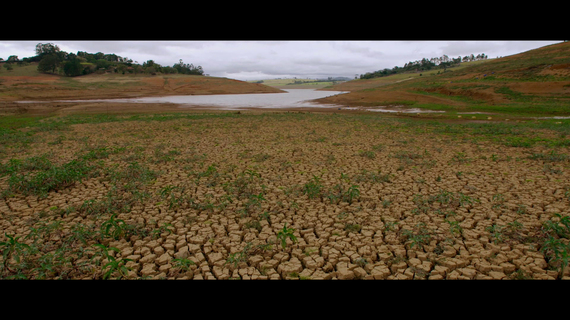 Citizens of the world will have to decide if they have the moral will to push back against entrenched powers and mindsets, while rethinking their own personal lifestyles.

Contact Your Governor to Protect the Clean Power Plan from Big-Money Polluters!

Photos: Courtesy of Time To Choose