Recently, a friend I have known since college sent me a link to a letter supposedly written to President Obama that was circulating on the Internet. It purportedly was written as a letter to the editor in a Mississippi newspaper.

Normally I ignore such posts since the Internet is filled with "trolls" (people who post comments to start arguments) as well as a multitude of fake letters from fake people. But I promised my friend I would read it.

My first reaction was disgust, but I tempered my response by assuming this was probably another fake or troll post. However, I eventually discovered that the letter was an Internet version of a real letter to the editor written to the Jackson (Mississippi) Clarion Ledger on Aug. 23, 2009.

Here is the text of the original letter:

"During my last night's shift in the ER, I had the pleasure of evaluating a patient with a shiny new gold tooth, multiple elaborate tattoos, a very expensive brand of tennis shoes and a new cellular telephone equipped with her favorite tune for a ring tone.

"Glancing over the chart, one could not help noticing her payer status: Medicaid. She smokes more than one costly pack of cigarettes every day and somehow still has money to purchase beer.

"And our President expects me to pay for this woman's health care?

"Our nation's health care crisis is not a shortage of quality hospitals, doctors or nurses. It is a crisis of culture -- a culture in which it is perfectly acceptable to spend money on vices while refusing to take care of one's self or, heaven forbid, purchase health insurance.

"A culture that thinks I can do whatever I want to because someone else will always take care of me. Life is really not that hard. Most of us reap what we sow." -- Starner Jones, MD 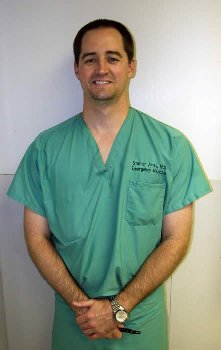 I have a feeling that this letter, written before President Obama signed the Affordable Care Act into law, re-emerged as the Republicans pushed to derail the federal health care law.

To my dismay, the letter and doctor are real.

Dr. Roger Starner Jones works for the University of Mississippi Medical Center as a specialist in emergency medicine. He wrote the letter under the title "Why Pay for the Care of the Careless?"

He graduated from Saint George's University School of Medicine and has written a novel called Purple Church, a sexually explicit story of sin and redemption, with glowing endorsement blurbs from Gov. Haley Barbour and U.S. Sen. Roger Wicker. The reviews from Amazon.com readers were less than enthusiastic.

The letter leads me to assume that Saint George's University School of Medicine must have a class on Judging Patients' Intentions. My next thought is whether his opinion of his patients colors his treatment of them.

He makes quite a few assumptions, as does anyone who buys into the myth of Medicaid patients being couch potatoes and welfare queens.

The patient may be using Medicaid to get care, but that does not mean that she has been eligible all of her life. The past decade has seen millions of people lose their jobs and grasp at social services to maintain their health and the health of their family, especially in 2009.

The phone, tattoos, shoes and gold tooth could have been bought before the financial downfall. Tobacco use, as the doctor should know, is an addiction, not a habit, and difficult if not nearly impossible to quit.

Dr. Jones also sounds like he has never had to actually pay for insurance out of pocket. If he did, he would know that the average person can't afford private insurance, with premiums for individuals in 2012 averaging $5,615 per year and $15,745 for a family. Most of us do care; we just go day to day hoping and praying we don't get sick or injured.

I know this because I have had to live for the first time in my life without a paycheck for more than two years, and have been using the Medicaid, State Children's Health Insurance Program (SCHIP) and Medicare systems to help care for my medically fragile family. I can only wonder what the good doctor would think of me, and how I would be treated.

It's time to stop judging, throw out the stereotypes and treat each person as a precious commodity -- a member of our human community.

This editorial was initially posted in the new political commentary and news e-magazine Context Florida.