The sound of discontent is becoming louder and louder. It is coming from all quarters. From bloggers to The New York Times to talk around the office water-coolers. The time has come to end this war.

In the 4 years of "Bush's War" over 3,993 American men and women have died. That's 1229 more Americans killed by "Bush's War" than were killed on 9/11 by terrorists. By the time you are reading this, that figure will be even higher. This war brings an unprecedented number of American children left bereaved as a higher percentage of married soldiers, mothers and fathers, are fighting and dying in this war.

Just yesterday, it was reported that the "new and improved" Iraqi government has not met any of the benchmarks. The surge is not working and deployment will mean even more deaths. Cheney and Bush have gotten us into an never ending hell. September will be here before you know it and with it will be another opportunity for our leaders to say ENOUGH! But we must make sure that our government knows that this time the American people will not accept another delay. The time has come to end this war.

I do believe that one person can make a difference if emotions are moved in the right direction. They say an image is worth a thousand words. I'd like to say that if an image can save even one life it is worth more than a thousand words. I am hopeful that my images will help in the rallying cry for change. It is time that we are united as one voice, one vision, one nation to rid ourselves of the hypocrisy of this administration. But, I need your help!

We need to see these images on billboards, in magazines, on the sides of buildings, as a full page in the newspapers to be a constant reminder and a catalyst for change. As we are well aware that a large portion of the American public do not read blogs or the newspapers, an image on billboards or on the sides of buildings will have a major impact. This will reach all the people and, in so doing, can help change the course of history. Together we can make a difference and end this war. We need to make the reality of ending the war come to fruition thus we are seeking financial support in order to implement the "postering of America". I will be coming out with my next blog image shortly.

My reputation as an artist is well established. You can visit my website, www.HarveyEdwards.com and you can email me at info@harveyedwards.com with any questions. And you can say, "I want to help!" The time has come to end this war NOW..... 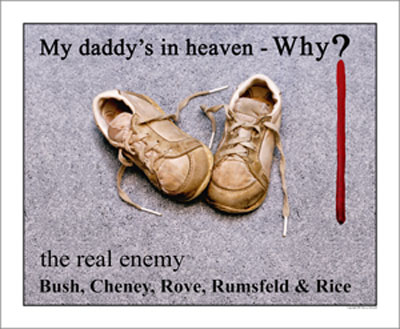 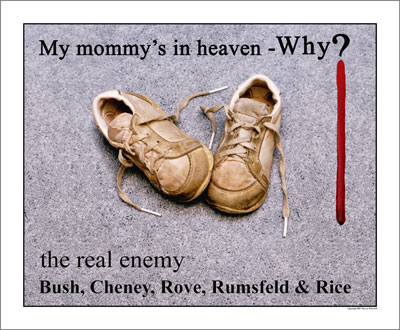 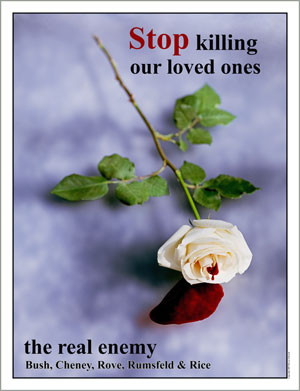 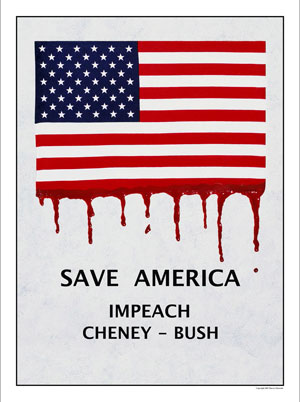