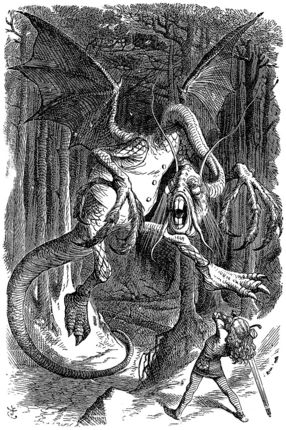 More than a few of my left-of-center friends have expressed anxiety to me about the possibility of street violence should Hillary Clinton win the 2016 election. If that happens Donald Trump certainly will then deride it as "rigged." That's a far cry from insurrection. Others have expressed fear of a perception of illegitimacy. That's not a well-founded fear either. Exhale.

My left-leaning friends are not afraid of the ordinary kind of street violence that has the Democratic- controlled Chicago with a body count this year, of, as of this writing, 630. They express worry about the possibility of politically motivated street violence ... like the bombings perpetrated, back in the 1960s by the (leftist) Weather Underground, the bank robberies, murders, and kidnapping perpetrated in the 1970s by the (leftist) Symbionese Liberation Army, or the shows of force by the (leftist) Black Panthers.

Exhale. Do not waste perfectly good anxiety on the wildly remote possibility of street violence being perpetrated by disappointed Trump Supporters. Trump's supporters have behaved, consistently, in civilized ways (except for a few who got carried away so as to ungallantly chant "Lock Her Up" at rallies now and then). Trump's supporters are overwhelmingly law-abiding. "Law abiding" is a big part of their narrative.

Populist is different from conservative. Many of the most influential conservative figures, both commentators and political leaders, have rejected or marginalized Trump. Collapsing the distinction just breeds confusion.

Progressives have a hard enough time understanding conservatives. They find it even more daunting to grasp the populist current being adeptly surfed by Donald Trump. Have a couple of Trump supporters over, open up a cold one, and have a living room conversation with them. They don't bite.

As to violence, provocative filmmaker James O'Keefe -- the right's Michael Moore -- has confessions on tape that lefties have been infiltrating Trump rallies to project or provoke violence. These videos caused a Democratic Operative to "step back" from Hillary's campaign. This sounds like a near-confession of guilt. That violence was not home grown.

The one firebombing of the campaign season has been the Molotov cocktail thrown through the window of a Republican local GOP field office with "A swastika and 'Nazi Republicans get out of town or else' ... spray painted on the side of an adjacent building." This didn't come from the GOP.

The imaginary hobgoblin of a violent uprising if Clinton is elected is part of the left's prevailing Narrative. There's no evidence supporting it. Exhale.

The number of virulently populist nativists ("racists, homophobic, misogynists" etc. etc.) out there is teensy-tiny. So far this faction has proved all bark and no bite. It does not even have a particularly loud bark. Thank a myopic, drama-driven, and borderline hysterical media for amplifying them to spook you and keep your clicks coming!

The hatemonger flagship website, a one man show, according to Google Analytics has only about 30,000 regular visitors. That makes it, very roughly speaking, about 300X smaller than Moveon (and much less well organized). Life being short I've never gone there but one gets the impression that it's basically a space for a clique of malcontents to share bilious comments. Considerate of them to do so where the FBI easily can, and surely does, keep tabs!

Dear progressives, don't play into the hands of the virulent nativists. Around the year 2000 a community organizer named Ilana Dubester, then head of Hispanic Liaison of Siler City, North Carolina, destroyed David Duke ... by ignoring a rally he staged there. A city official later told me the story about how his mole in the Duke camp relayed how Duke, at the after-party, was fulminating against Ilana's having called all civil rights and ethnic groups to ignore his rally -- thereby taking the drama out of it.

Thereafter civil rights leaders basically ignored Duke and he collapsed. Duke's money came from his notoriety and his notoriety came from media coverage and media coverage came from the dramatic visuals of the controversy that he stoked. Ignoring him took the wind out of his sails. Duke is slightly back but he was a goner for a long time and now is a much diminished force. Let's keep it that way.

Some people are worried about a less virulent version of the same problem. If Clinton wins Trump is certain to denounce the election as "rigged." Would that withdraw legitimacy from the new president? Not really.

Progressives have been denouncing the electoral rules as "rigged" for some time. A recent edition of the New York Review of Books features an essay by David Cole entitled How Voting Rights Are Being Rigged, reviewing two books. Crying "rigged!" is not an outlier stance among progressives. If you are one of these do consult the real supreme law of the land -- the law of karma, or, in nice Judeo-Christian terms, "as ye sow, so shall ye reap" -- and dial it back.

More broadly, as I recently wrote at Forbes.com, "Of the 320 million in the United States around 219 million are eligible to vote, 146 million are registered to vote and 126 million voted in 2012. Obama received about 66 million of those votes." That's about 20% of the US population. That does not undermine legitimacy. Nor should it.

The 2016 loser presumably will receive less than 20%. That's a pretty small base. But wait, there's ... less! Most voters, by far, are casual, not "until the last dog dies," voters. Should Clinton win there might be a single digit percentage of Americans who will go to their graves thinking that the election was rigged. Maybe two or three percent. Since politics consumes a relatively few Americans most of even these irredentists will, well, Censure Clinton and move on.

Having a few sore losers hardly threatens legitimacy. So exhale.

If you wish to find the spiritual lesson embedded in the mass hysteria currently besetting progressives take to heart Nietzsche's epigram 146 from Beyond Good and Evil: "He who fights with monsters should be careful lest he thereby become a monster."