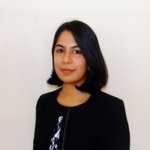 We all know Eventbrite as the platform where we buy (overpriced?) HBS event tickets - but what do we really know about the man behind this venture? Kevin Hartz, from the (in)famous Paypal mafia opens up about some other things that are also top of mind for HBS students (Networking, Silicon Valley and Communicating with Machines!)

Kevin Hartz is currently a partner at Founders Fund and the Chairman (and Founder) at Eventbrite. He is Founder and Board member of online money transfer service, Xoom. Some of the firms where he has invested and played an advisory role include Airbnb, Yammer, Counsyl, Milo, Lookout, Minted, Pinterest, Skybox Imaging,Trulia, Flixster, Uber, PayPal, Palantir, Thumbtack, and Tripit.

Kevin, you have been involved in creating businesses for a while now which requires extensive networks. Would you describe yourself as an extrovert or an introvert and how does this influence your style of networking?

KH: While I am an introverted person, there are certain areas that I am really passionate about and within these areas, it is really easy for me to reach out and talk to new people.

I also think this the essence of how networking works in works in Silicon Valley. It is built around intellectual curiosity, knowledge gain and the advancement of certain areas. The perverse essence of networking for networking's sake or with the end goal of monetary gain does exist, but to a much smaller extent.

How has this passion changed over the years as you move from starting companies to building them to investing in them?

KH: I think people who have built amazing and longstanding businesses have a child like curiosity - something I want to retain my entire life as well. It is that curiosity that drives me to interact with new people that are doing great things, which are not necessarily related to just business activities but also include a lot of the new initiatives that are coming from disciplines like the hard sciences.

How has technology changed networking? Do you think it has made it more superficial or has worked toward extending reach?

KH: There have always been different mediums to connect with people in different contexts. With a lot of these new technologies and phenomenon, we are much more connected as a whole and that is wonderful, from many perspectives. Take the Arab Spring for example and the role of technology in it or scientists who can now pre-publish their information, allowing for timely dissemination without waiting for peer reviews. But as with any technology, some systems are being abused, but the benefits are far greater.

How would an outsider, someone not inherently part of the ecosystem in the Valley, tap into mediums that are not superficial? How would you go about building relationships?

KH: One way to approach this is to make a meaningful contribution. We want more talent and new ideas in the fold, but what you see oftentimes is a lot of taking and not a lot of giving. What has become a common problem with the email inbox in the valley today is that it is an "email to-do" list for someone else. If someone could offer some assistance with this particular issue, that would be very valuable.

For example, I just met a technology investor who is on the boards of multiple interesting companies in Europe, especially in Portugal. There is potential for common knowledge gain here and hence, a better opportunity to build a meaningful relationship.

When does the network to mentor/mentee transition take place? Does the process differ?

KH: My mentees have evolved very organically and my closest confidants and advisors have evolved in the same manner. Many relationships in the valley tend to splinter and face challenges and it is really important to get to know people on a deeper level. For instance, I was just meeting a company where one of the three co-founders had just left. One could argue that if they had built a stronger relationship before exposing it to the stresses of a startup, they could have continued working together.

When has having a network been invaluable to you and helped you progress where you might not otherwise have moved forward?

KH: Everyone talks about the Paypal mafia and I owe it a big debt of gratitude. I was an early investor and watched it go on to do great things. I stayed close to the team and interactions with different members of the group have helped me through my career. Roelof Botha, who was the CFO of Paypal through its IPO, is now on the board of Eventbrite and he was also an investor in Xoom.com. This is an example of a long-term relationship and a network node that has been extremely valuable, and transcends beyond just a transactional relationship into a deep friendship.

So what drives the hierarchical structure in Silicon Valley? Is it money or insights or investments?

KH: In the valley, you are only as good as your last investment. There is an automatic gravitational pull towards success but you need to keep re-earning that success, because there is enough democratization in the system and with new entrepreneurs arriving in the valley everyday, you can quickly become irrelevant.

Given the importance placed on success and the metrics used to measure it (valuation), do you think the ecosystem in the valley is unduly influenced by mass opinion?

KH: I think there are cases of both. I have not seen the financials or other information for Jet.com but a lot of investors wrote it off and it had a US$ 3bn exit to Walmart. If an investor had truly assessed the company and found the unit economics unsound and passed it up, that is reasonable. But if you passed it up because everyone else disliked the business, then you potentially missed on a great deal. It is hard to go against the trend but it is very important to not just go with heresy.

If you could use all your network and resources towards solving one problem, what would it be?

KH: Brain Computing Interfaces (BCIs) are a very interesting area for me. Being able to communicate directly with a machine is quite incredible. Humans communicate at a very low rate of output and if we could capture all the thoughts that actually behind are behind what we speak, we would reach new heights. The challenges of recording a billion neurons are vast and there are a lot of interesting people working on this right now. There is quite a bit of research in the academic phase about using BCIs for stroke and Alzheimer's patients as well. 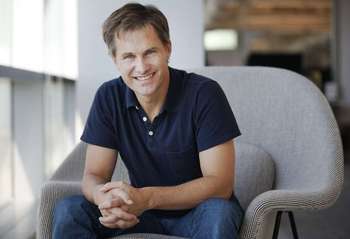 So if you weren't Kevin Hartz, how would you approach these researchers?

KH: We have something we call "Getting a Ph.D" at Eventbrite, which is getting really knowledgeable and smart about a particular topic. I would use a similar approach here. I would gain a lot of information and bring my particular skillsets, in this case commercializing technology, to the researchers.

Most people who are passionate about their fields don't get a lot of attention and they love to talk about their work and get a new perspective. One would be surprised by their responsiveness.

BCIs are indeed futuristic. You one mentioned that your superpower of choice is Time Travel - is it still the same? And when would you go to if you had this power?

KH: Yes it does! And it depends - if you can come back to when you started, then going forward is extremely powerful. If not, then going backward would be very interesting. If I could do just one thing I would go back to try and fix some of the issues we should have fixed. I will experience the future in my own time

Given your curious mind, would you not want to see what life would be like a few hundred or thousand years down the line?

KH: While it would be interesting to jump forward a few thousand years as a thought experiment, going forward a few decades would give you more actionable goals to work on in the present. I am more interested in changing the present to create a better future.

What are your biggest concerns about the future? That we as civilized human beings should have fixed by now?

KH: Trend wise, it feels like there is a growing inequity. I think it is really pronounced in San Francisco. It is such an expensive place, to the extent that it is challenging for a well-educated engineer to live in a city like this. This mega city trend seems to be happening everywhere, an increasing disparity in wealth. Growth in recent years is slowing with great technology and paling in comparison to what we have seen in the past.

While there has never been a better time to bootstrap oneself up in certain aspects, the divisive scale has been expanding globally in others. This has historically ended very badly; take for instance the revolution in France or the rice of Fascism in post world war one Germany.

What excites me about the Silicon Valley is that we are working towards potentially solving it, but we need to be cognizant that we are on a short time frame.

It is interesting to hear you talk about these global problems, because people commonly hear allegations of the Valley being very inward looking? Do you think that is justified?

KH: Silicon Valley (the show) shows a humorous, satirical and sometimes bitingly real view of the Valley - there are a lot of crazy things that happen here. On the flip side, the products are getting out there as well, with certain companies (like Facebook) connecting people across the globe on an unprecedented level.

This is just a personal opinion, but comparing valuations, wealth etc. creates a very competitive environment and places a lot of stress on individuals. This is just a cautionary warning for everyone to remember that this is not a zero sum game. Our focus is in trying to create a positive impact on society, not striving for a larger house. 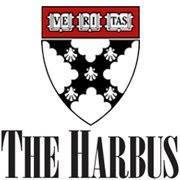