Times New Roman may be a classic font, but it’s apparently a no-go when it comes to applying for a job.

Bloomberg recently spoke to a group of typography experts about the best and worst type fonts to use on a résumé. Times New Roman was labeled as respectable, but unadventurous and mundane.

“It’s telegraphing that you didn’t put any thought into the typeface that you selected,” said Brian Hoff, creative director of Brian Hoff Design. Using the font in a résumé is akin to “putting on sweatpants” for an interview, he added.

Unsurprisingly, the typewriter-style font Courier and the jolly Comic Sans were also given the thumbs-down. Comic Sans shouldn’t even be looked at “unless you are applying to clown college,” Hoff said.

Among the favored fonts, Helvetica came out on top. The font “is beautiful,” said Matt Luckhurst, the creative director at brand consultancy firm Collins.

Go to Bloomberg to see the full list of best and worst résumé fonts.

Last month, Business News Daily posted its own list of the best fonts to use in a résumé.

“Since a prospective employer is looking at the résumé for only [a few] seconds, you want [a font] that is aesthetically pleasing and grabs the employer's attention at a quick glance," Wendi Weiner, a certified professional résumé writer and founder of The Writing Guru, told the website. "The résumé should be sophisticated in design with clear headings that stand out."

Times New Roman also made the list, and was praised as being “clean” and “easy-to-read.” However, the website warned that “it may be construed as boring and unimaginative, and is unlikely to stand out in a sea of résumés.” 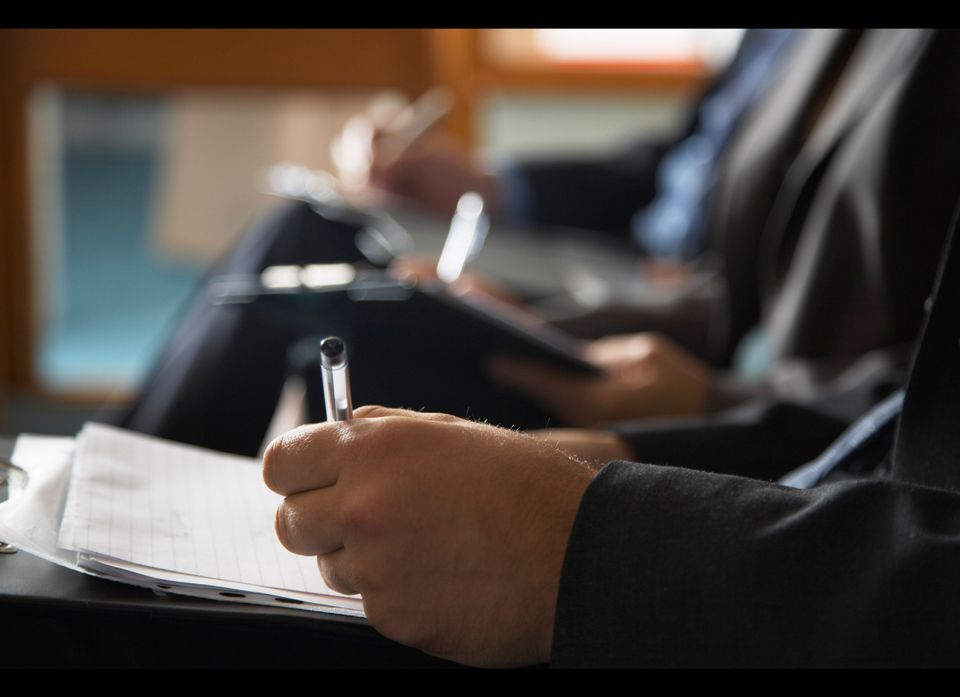 1 / 5
1. Highlight Company Names
Use consistent placement without taglines or long-winded explanations of what they do.
Alamy