DILI (IRIN) -- Timor-Leste's efforts to reduce the prevalence of domestic gender-based violence through criminalization and prosecution, already hampered by a general lack of trust in the formal court system, have suffered a fresh setback with the enforced departure of 11 foreign judicial staff who had played a key role in delivering justice. 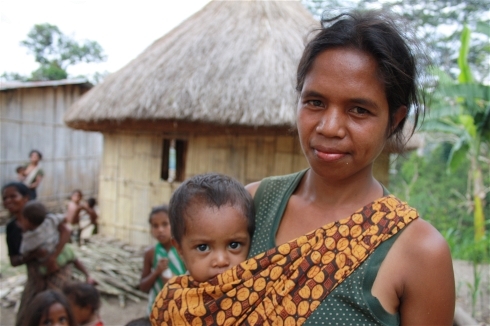 "Decisions by the Timor-Leste parliament and government to arbitrarily terminate the contracts of foreign judicial officers and judicial advisors will have a negative impact on victims and their right to an effective remedy," said Amnesty International, highlighting the fact that the staff shuffle may result in cases being retried, which could further delay proceedings and traumatize victims who have to testify repeatedly.

"Cases being re-tried include cases of domestic violence and sexual assault, which make up the vast majority of cases before Timor-Leste's courts," Amnesty said. "Victims -- mainly women and children -- may be subjected to further traumatization and victimization if required to testify again in new court cases."

Foreign judges, mainly from former colonial power Portugal, had served in Timor-Leste since it gained statehood in 2002, in the wake of a 24-year military occupation by Indonesia, during which rape and sexual assault were widespread and went largely unpunished.

And in a setting where court-procedure delays are common, a combination of reliance on informal dispute-resolution mechanisms and intense pressure on female domestic-violence survivors to remain with families can result in them opting out of formal justice mechanisms.

"We have women who come to us for therapeutic services after they experience domestic violence, but then, after some time, they leave," Manuel dos Santos, Director of PRADET, a psychosocial recovery NGO in Dili, told IRIN. "They start to realize how long the wait will be for the court system, and they get pressure from their communities. These things combine and lead them to go home before the case ever activates in court," he said.

Research by The Asia Foundation (TAF), which conducts annual perception surveys of law and justice, as well as other assessments, in Timor-Leste, suggests similar patterns.

"More and more domestic-violence cases are entering the formal justice sector each year, but overall our research shows that a lot of cases are still being sent back to communities," said Todd Wassel, Director of Safety and Security Programmes at TAF in Timor-Leste. "What we think is happening in most of the cases is that the police are present and providing conditions for community-led mediation and dispute resolution to take place."

As Timor-Leste comes under mounting pressure to reverse its decision to expel foreign judges, questions emerge as to whether its fragile justice sector can protect the rights of women amid a hybrid legal system that has yet to show equity to female survivors of abuse.

When Timor-Leste promulgated the Law Against Domestic Violence in 2010, classifying the offense as a "public crime" was seen as a major step forward in ending the scourge of the socially accepted battering of women. "The public status of the crime requires the state to respond to domestic violence whether a victim files a criminal complaint or not," explained a 2013 UN Development Programme (UNDP) report.

One major component of the 2010 law is that it prohibits customary justice (local, traditional practices carried out by community leaders) from handling domestic-violence cases. Nonetheless, UNDP acknowledged, "Given its prominence in Timorese society, [customary justice] is a necessary component of a strategy to combat domestic violence."

The 2010 Demographic and Health Survey in Timor-Leste indicated that nearly 40 percent of women experienced domestic violence. According to JSMP, which, as of 2013, noted that 46 percent of the cases it monitored were domestic violence, only one case had resulted in an effective sentence by a court.

And research suggests the lethargic courts may only be part of the problem. A combination of weak outcomes in court and patterns of victims turning to informal measures (including those monitored by the police) can also mean the cases get summarily processed out of court, contrary to the law.

TAF's 2013 Timor-Leste Law and Justice Survey found a long-term increase in awareness of, and desire for, formal justice: 80 percent of respondents who had heard of a court reported that they would want a court to settle local disputes, up from 54 percent in 2004. The number of cases resolved by the four district courts has also increased -- from 808 in 2010 to 1,380 in 2012.

"In 2008, when we asked people how disputes were solved, only 29 percent of them said with police in the community; in 2013 it was 56 percent," said TAF's Wassel. "So clearly the police are more involved in local issues than before -- which can be seen as a good thing, community law-enforcement engagement."

But such police-community engagement, while a sign of improved relations, may be clouding the formal prosecution processes the 2010 law mandates.

Reporting, but Then What?

With more domestic-violence cases entering the formal justice system and police involvement increased, the habit of domestic-violence victims still relying on customary procedures in their villages could indicate perceptions of accessibility -- and persistent, harmful trends.

PRADET's dos Santos says he and his staff have a difficult time persuading women who have reported domestic violence to wait for official procedures to be carried out. "They are accustomed to life in the village, with their relatives and their husband, so they get depressed when they are away and feel pressure to return to handle the matter perhaps with customary justice practices," he said.

According to TAF, customary justice mechanisms are not standardized and rely more on personalities than procedure, which means they can "have serious flaws in the administration of justice, with particular reference to matters involving domestic violence and violence against women."

"This trend poses really big questions for formal justice in Timor-Leste," explained TAF's Wassel. "Obviously the accessible method of justice is informal. The question is whether the informal system can be done in a way that respects women's rights in cases of domestic violence. That's unknown, and so far has not been universally the case."

This post was originally published by IRIN Humanitarian News.