Archbishop Timothy Dolan, the head of the 2.6-million member Archdiocese of New York, was elevated to the prestigious College of Cardinals in an elaborate ceremony at the Vatican on Saturday.

Elevated to the position along with 21 other new cardinals, including the Archbishop Edwin O'Brien of Baltimore, 62-year-old Dolan's new position means that he is among an exclusive group of 214 of Pope Benedict XVI's close advisers.

The College of Cardinals is best known for being the group that picks the new pope. With the new appointments, there are 125 cardinals eligible to vote for a new pope and 214 total cardinals. Cardinals who are over 80 years old are not allowed to vote.

Dolan has been in Rome this week for a flurry of Masses and media appearances leading up to Saturday's elevation.

Dolan, ordained as a parish priest in St. Louis in 1976, held several academic positions at Catholic universities before becoming the auxiliary bishop of St. Louis in 2001. A little over a year later, he was appointed the Archbishop of Milwaukee. In 2009, he became the archbishop of New York and was elected to lead the bishops' conference in 2010. As head of New York's church, he oversees Catholic life in Manhattan, the Bronx, Staten Island and many of the city's suburbs.

Dolan's elevation will give New York two living cardinals who can vote for a new pope, a rarity in the Catholic church. The other is Cardinal Edward Egan, the former archbishop of New York, who was elevated in February of 2001. Egan turns 80 in April. The move by the pope to promote Dolan while his predecessor remains of voting age is a break with tradition, which church observers say shows how much the pope favors New York's Catholic leader.

Photos of Cardinal Dolan's Ceremony at the Vatican 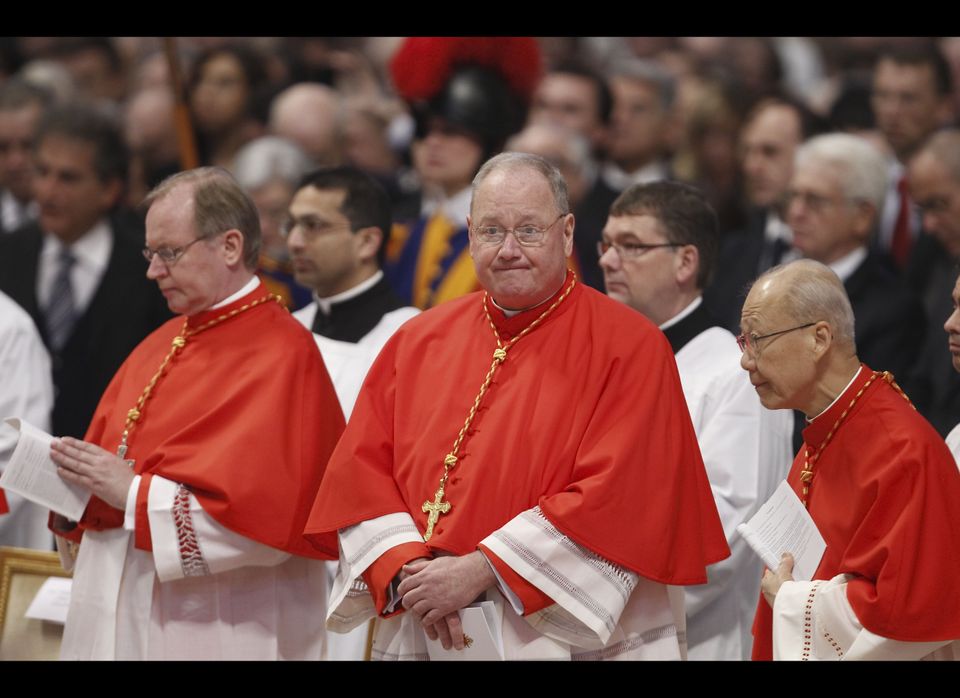 1 / 13
Archbishop Dolan
From left, Archbishop of Utrecht Willelm Jacobus, Archbishop of New York Timothy Michael Dolan, and John Tong, archbishop of Hong Kong attend the consistory that will elevate them to cardinal inside the St. Peter's Basilica at the Vatican, Saturday, Feb. 18, 2012. Pope Benedict XVI is bringing 22 new Catholic churchmen into the elite club of cardinals who will elect his successor amid signs the 84-year-old pontiff is slowing down. Benedict was presiding over a ceremony Saturday in St. Peter's Basilica to formally create the 22 cardinals, who include the archbishops of New York, Prague, Hong Kong and Toronto as well as the heads of several Vatican offices. (AP Photo/Andrew Medichini)
AP