On Sunday night's Oscar telecast, William Shatner -- who appeared on the show "from the future" as Captain James T. Kirk to explain how poorly Seth MacFarlane's hosting gig would be received by the media -- asked, "Why couldn't they get Tina and Amy to host?" The Tina and Amy in question here are Tina Fey and Amy Poehler, who both received rave reviews for their recent efforts hosting the Golden Globes. Fey is currently promoting her new film "Admission" (co-starring Paul Rudd and opening March 22), and we asked her about Shatner's wish and if she had any interest whatsoever in hosting the 2014 Oscars.

[The full interview with Fey will publish closer to the film's March 22nd release date.]

Congratulations on William Shatner mentioning your name during the Oscars.
[Laughs] Thank you. It's an honor to be "Shatnered."

Admittedly, of all the things I thought I'd see during the Oscars, William Shatner mentioning your name was not one of them.
No, you didn't write that on a piece of paper and mail it to yourself.

Is it a possibility that you and Amy Poehler could wind up hosting the Oscars next year? I don't know how that works with NBC, since the Golden Globes were on the same network as both of your shows. Can you two go host the Oscars on ABC if you wanted to?
No, you can. But I just feel like that gig is so hard. Especially for, like, a woman -- the amount of months that would be spent trying on dresses alone ... no way.

The reaction to Amy and you hosting the Golden Globes was really great.
Oh, thank you. We had fun.

It's disappointing to hear, "No way." I was hoping for at least "a one in a million chance."
I wish I could tell you there was. 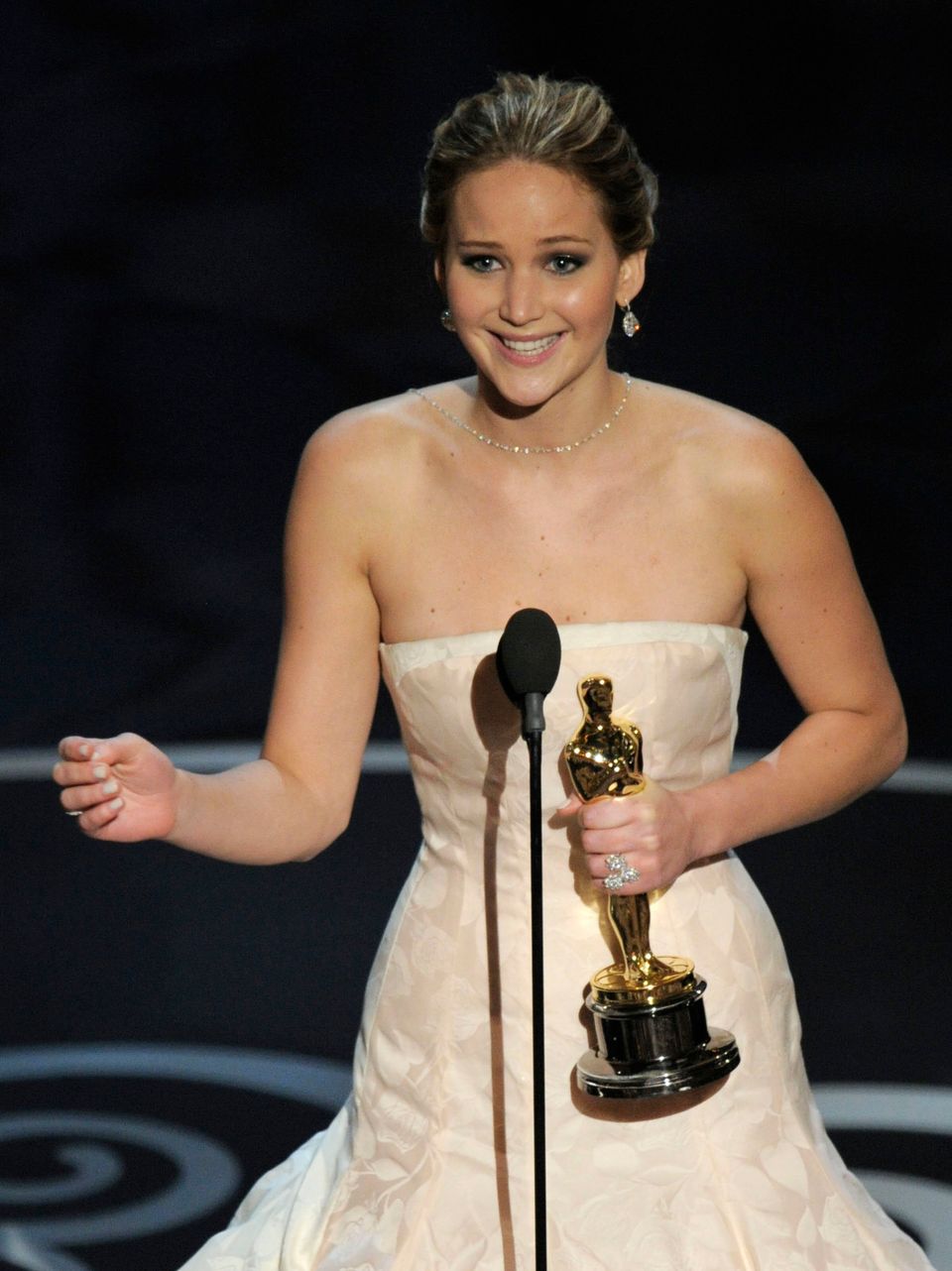 1 / 12
Jennifer Lawrence
"This is nuts," Jennifer Lawrence exclaimed after winning Best Actress at the Academy Awards on Sunday night. That quote -- a perfect blend of genuine enthusiasm and youthful exuberance -- is why she should host the 2014 Oscars. Lawrence is able to mix irreverence (<a href="http://perezhilton.com/2013-02-25-jennifer-lawrence-middle-finger-flash-in-oscars-press-room">she flipped off the press</a>!) and class (<a href="https://www.huffpost.com/entry/jennifer-lawrence-oscars-speech_n_2713063">she wished fellow nominee Emmanuelle Riva a happy birthday</a> and seemed to mean it) together with ease. She would also surely court the young male demographic that the Oscars so desperately desire. It's J.Law's world. Give her the Dolby Theatre.
AP