Rihanna needs to ignore the uproar over the release of the photos of her bruised and battered face. Yes, that was a terrible invasion of her privacy. The LAPD look like Keystone Cops, allowing such sensitive evidence to be leaked to the press.

As Robert Rotenberg, a criminal attorney and author of the new crime thriller, City Hall, told me, "Those pictures were taken for a purpose--for a criminal case--not for public dissemination."

Nevertheless, Rihanna needs to focus on what matters most in her life right now--ending an allegedly abusive love affair with boyfriend Chris Brown.

If she doesn't take this opportunity to make a clean, full and forever break from Brown, she could end up stuck in a relationship which will likely become even more abusive.

Rihanna needs to learn from another beautiful, 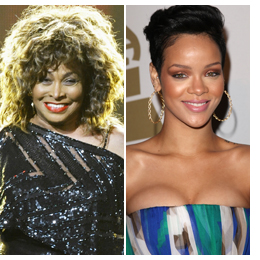 Turner's lover was also a famous musician and the partner in her entertainment career. She also became involved with him when she was very young, just 18 -- Rihanna had her 21st birthday on February 20th.

Tina ended up with a battered and bloody face like Rihanna. In her case, she finally made a decision to flee her relationship in 1976, and had to show her bruised face to the manager of a Ramada Inn in Dallas, in order to get a room to stay for free. She had escaped from Ike penniless and with nowhere to go.

Rihanna needs to ask herself "Do I want to spend years of my life, like Tina, trapped in a relationship so controlling that I could lose all my self-esteem and control over my own finances?" It could happen.

After Turner ran away, she spent years living on food stamps before being able to reignite her career. "My life...couldn't have gotten much lower," she told USA Today.

Unfortunately, there are reports that Rihanna, like many women in abusive relationships, isn't ready to give up on her boyfriend yet.

"She keeps saying she still loves him," a friend reports to Us Weekly.

Another friend told Star, that Rihanna has already forgiven Chris for the "misunderstanding," and she's reaching out to him through texts and phone calls.

Rihanna seems to believe #1, that Chris Brown's abuse was a one-time incident, unlikely to happen again and #2, that she is somewhat responsible for his attack.

As an editor who has printed many features on women who are victims of domestic abuse, in Glamour, Cosmopolitan, and Marie Claire, I can tell you that Rihanna's reactions are heartbreakingly familiar.

Most women who are victims of domestic violence have so little self esteem that they blame themselves for provoking their beatings. They believe that their own behavior invited the abuse, telling themselves: I'm "too demanding" "too needy" or "not attractive enough."

Tina talks in her bio on her tinaturner.com site about spending years trying not to make Ike angry.

Rihanna no doubt is telling herself that she made Chris angry. 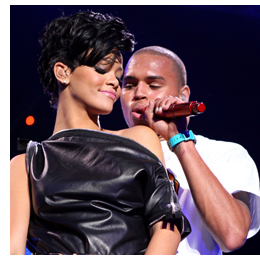 "Rihanna says she doesn't want to make Chris look like a villain in all of this" an insider told Star.

At this point, Chris Brown has issued a public apology to his battered girlfriend, and has said that he is seeking counseling from his pastor and mother, and is committed to being a better person.

That is typical behavior for an abuser. They are often remorseful...until they get upset again.

"Actually a typical abuser doesn't have an anger control issue, he truly thinks that this is what love looks like. He thinks he's supposed to control the woman in his life," explains Chai Shenoy, an attorney with Break the Cycle, a non-profit which educates teens to live without violence.

No matter what, Rihanna needs to listen to someone who has walked in her shoes. She should buy Tina Turner's autobiography, I Tina, ASAP and read about Turner's honest account of her life with an abusive lover.

Rihanna -- take it from Tina and walk away from Chris Brown now and for good! And don't look back!