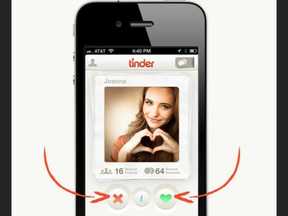 "Chemistry" is not just the inexplicable adrenaline-charged sensation when two would-be lovers meet. It is the igniter, the catalyst for all forms of intense, exhilarating, and desirous relationships. I propose that there are two types of chemistry: romantic and platonic. Although lacking the one-two punch of romantic chemistry, platonic chemistry is a similarly-powerful relational phenomenon. As the "little sister" of romantic chemistry, it lacks the "can't breathe, sleep, eat or concentrate" feelings. Nevertheless, it still can make someone's facial muscles ache from smiling too long, mouth feel parched from nonstop chatting, and create simultaneous feelings of serendipity and familiarity.

Although both "big" and "little" chemistries start with a bang, the latter is inherently more stable and usually less volatile (and doesn't result in babies!). Both can strike without warning almost anywhere: at school, at work, in a yoga class, in church, or even in a library. For me, "little chemistry" struck today at the Taco Joint (yes, that is its real name) in Chicago with an esteemed colleague named Bela Gandhi. Bela and I seemed to be magnetically drawn to each other because of like-minded ideas and experiences about romance, dating and, of all subjects, chemistry! The irony of this situation did not escape me! 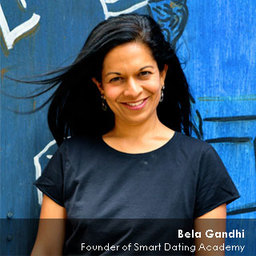 Bela is a jewel of a person who is fun, energetic, smart, and brimming with passion for what she believes in and what she does. She hones her infectious, creative and effervescent energy into her company, Smart Dating Academy, which is one of the nation's top-ranked date coaching services. Her notoriety is international, as she is a regular TV personality, author, speaker and coach extraordinaire.

It wasn't just her contagious smile or her charming and bubbly personality that caught my attention, it was also her remarkably cogent and creative explanations about forever love and how to get people to find and keep it. In our own synergistic "little chemistry" moment, we found ourselves effortlessly sharing ideas and explanations about romantic chemistry. If ideas were truly light bulbs going on above someone's head, we, and the other inhabitants of the restaurant, would have needed sunglasses!

Bela, as a love and dating guru, and me, a codependency/relationship specialist, trainer, psychotherapist and author, found ourselves intensely engaged in our shared attempts to explain the seemingly mysterious, alluring and deeply irresistible nature of Tinder -- the newest and hottest Internet dating service. According to Tinder founder and CEO Sean Rad, as of February 2014, Tinder is responsible for 750 million swipes and 10 million matches per day. It also boasts that 450 million profiles are rated every day and membership is growing by 15 percent each week (T. Chamorro-Premuzic, 2014). 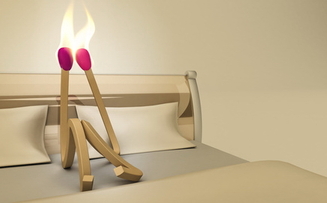 Tinder ingeniously combines the power of your smart phone's GPS and Facebook data to find your romantic dream date. Using this data, it matches potential lovers by age, sex, and location. Unlike the mainstream Internet dating services, what you see initially is just a few photos, interests (according to their FB profile) and one tagline. It gives you the option to swipe right if you find them attractive and desirable, and left if you don't. If, on the other end, someone finds your photo "attractive," then you are immediately rewarded with a rush-inducing message that you two are a match. From that point, you can chat, swap numbers and even meet up.

Bela and I agreed that Tinder's success is related to a deeper, more primitive process. Almost in unison, we referred to the groundbreaking work of Helen Fischer, the renowned anthropologist and human behavior specialist, who revolutionized our understanding of the neurochemical basis of love. As Fischer explained in her book, Why We Love: The Nature and Chemistry of Romantic Love (2004), when we gaze upon a photo of someone with whom we are attracted -- e.g., a Tinder pic -- our brain's neurochemical networks are triggered. 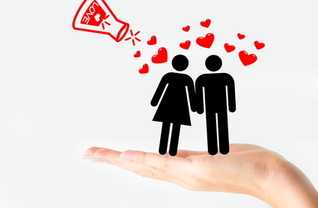 Gazing upon a photo of someone with whom you are smitten, e.g. a Tinder photo, activates the brain's pleasure center (tagmental ventral area), where copious amounts of dopamine, the brain's "pleasure chemical," is released to travel down the brain's neural "love circuit." Once it reaches the pleasure centers in the brain, primarily in the nucleus accumben, we feel a rush of desire, which then travels at lightning speed to the thinking and action parts of our brain: the prefrontal cortex. This is where we decide to swipe right or left. The little dopamine hit is the swipe, the bigger and more intoxicating one is with a match! And with a match, one experiences the full breadth of the dopamine-induced fireworks show!

Turning a conversational corner, Bela and I also hypothesized that Tinder's hypnotic allure borrows from the same psychological process that addictively draws people to play slot machines. According to Natasha Dow Schüll, the author of Addiction by Design (2012):

The particular addictiveness of modern slots has to do with the solitary, continuous, rapid wagering they enable. It is possible to complete a game every three to four seconds, with no delay between one game and the next. Some machine gamblers become so caught up in the rhythm of play that it dampens their awareness of space, time and monetary value.

I suspect that a similar process occurs with Tinder. 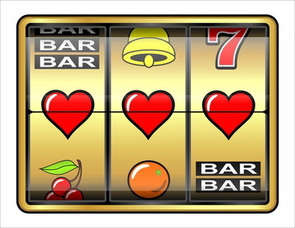 The trance caused by the slot machine's whirling wheels, flashy lights, loud sounds, and triumphant siren blast of the lucky bastard next to you who just won a jackpot, keeps you transfixed and glued to your one-armed bandit -- at least until all of your money is gone. Although Tinder doesn't deplete your savings account, it is certainly capable of depleting your limited reserves of hope, wonder, and self-esteem. Business psychology professor T. Chamorrow-Premuzic (2014) believes that Tinder is capable of damaging one's self-esteem and confidence, while aggravating or even causing anxiety and depression. He further asserted that the problem with Tinder-like dating apps is that they can be more arousing than the actual hook up. 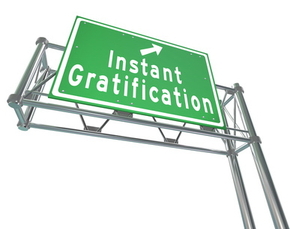 Both Tinder and slot machines similarly draw us in because of the potential for instant gratification, the amazing visuals and the trance caused by the expectation for an explosion of pleasure. Sadly, it often leaves the hopeful soul mates depleted and, sometimes, emotionally and/or financially drained.

Unlike profile-powered sites like Match and eHarmony, Tinder taps into a superficial element of our human nature. Ironically, the swipe like or dislike method seems to be working better than the heavily-engineered methods of traditional online dating sites. Ironically, the superficial looks-based design is the recipe for Tinder's enormous success. According to Bela, "Tinder is trying to better replicate how we connect in the real world. Two people walk into a room, meet eyes, smile, start chatting, and the sparklers start to go off."

This has been an important lesson for data enthusiasts who have tried to sterilize the game of love by injecting rigorous decision-making and psychometric algorithms into the process. It turns out that people are a lot more superficial than psychologists thought. They would rather judge 50 pictures in two minutes than spend 50 minutes assessing one potential partner. So, just like the social dynamics at a bar, Tindering comprises a series of simple and intuitive steps. First, you assess the picture, then you gauge interest and only then do you decide to start a (rudimentary) conversation. 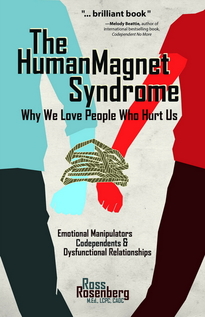 According to my book, The Human Magnet Syndrome: Why We Love People Who Hurt Us (2013), romantic hopefuls are magnetically and irresistibly drawn into romantic relationships, not so much by what they see, feel and think, but more by an invisible (unconscious) and irresistible love force. The function of this love force or chemistry is to create intense psychological and visceral interest with a potential romantic interest who feels intuitively right.

This chemistry connection is a direct result of what I call a "self-orientation" match. I define self-orientation as the interactional preference to be more focused on loving, respecting and caring (LRC) for others versus the same needs for one's self. Those who are completely oriented toward the LRC needs of others are considered codependent. Conversely, those who are completely oriented toward the fulfillment of their own LRC needs are considered pathologically narcissistic.

The Human Magnet Syndrome explains why caregivers, or people prone to giving more than they take, are invariably attracted to or experience "big chemistry" with care needers, or people prone to taking more than they give. Chemistry, according to my theory, is a function of the perfect matching of opposite self-orientations. Much like two magnets with opposite polarity, the two romantic hopefuls ("human magnets") are irresistibly attracted to each other -- coming together with euphoric anticipation. 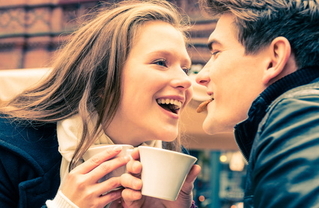 I hypothesize that a person's positive reaction to a Tinder photo is purely neuro/bio-chemical and instinctual. However, it is the Human Magnet Syndrome that seals the deal -- making sure these two Tinder hopefuls experience a flood of excitement, wonder and feelings of relational perfection -- fulfilling their long awaited dream for a soul mate. Sadly, the "big chemistry" does not last forever, as the fantasies and intense highs are invariably replaced by the mere reality of who these star-crossed lovers really are.

By the end of our lunch conversation, Bela and I unexpectedly made a dent in our own understanding of chemistry and the alluring and stimulating nature of Tinder. More than that, we experienced firsthand the enigmatic experience of "little chemistry." As such, even before we exchanged our goodbyes, we had initiated another plan to meet. I anticipate that our next meeting of minds and hearts will result in yet another experience of professional synergy and "little chemistry." I certainly hope so...