By: Andrea Mustain on OurAmazingPlanet

A species of chameleon small enough to easily perch on a match head has been discovered on a tiny island off Madagascar, a group of scientists has announced.

Adult males of the B. micra species grow to only just over a half-inch (16 millimeters) from nose to bottom, making them one of the smallest vertebrates ever found on Earth.

From nose to tail, adults of both sexes grow to only 1 inch (30 mm) in length.

The team searched for the tiny lizards under the cover of darkness, using headlamps and flashlights to seek out the sleeping chameleons. All four species are active during the day, and at night climb up into the branches to sleep.

But for such tiny critters, "up into the branches" means a mere 4 inches (10 centimeters) off the ground, Glaw told OurAmazingPlanet, so finding them is no easy task. However, once spotted, the tiny lizards aren't tough to catch, Glaw said.

"They are sleeping and you can just pick them up. It's like picking a strawberry, so it's easy," Glaw said. "They do not move at all at night."

The team of scientists found the tiny reptiles in Madagascar's wild northern regions during expeditions between 2003 and 2007. For three of the species, "we immediately identified them as new species," said Glaw, a veteran herpetologist and curator at the Museum of Natural History in Munich.

"In general, these tiny chameleons are so small that it's really hard to see the small differences with the naked eye," he said.

The researchers warn that at least two of the newly-discovered chameleon species are extremely threatened because of habitat loss and deforestation in Madagascar.

Glaw, who has been going to Madagascar to research its ever-expanding list of amphibians and reptiles for a quarter century, said that B. micra may represent the limit of miniaturization possible for a vertebrate with complex eyes, but said it's impossible to know for sure since each time scientists have proclaimed the discovery of the tiniest one yet, another, tinier species appears.

"Maybe there's a potential for a smaller species," Glaw said.

Glaw is planning another expedition to the region of Madagascar in November.

"I'm sure there are many surprises awaiting discovery," he said.

The research is published in the Feb. 15 issue of the open access journal PLoS ONE. 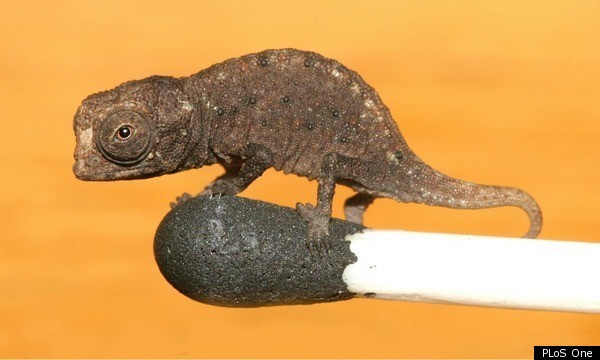 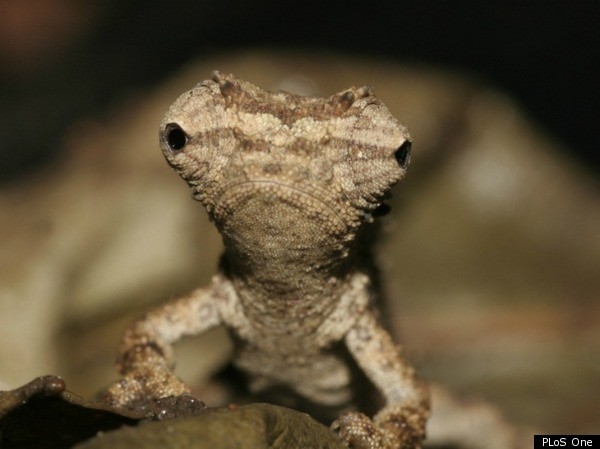