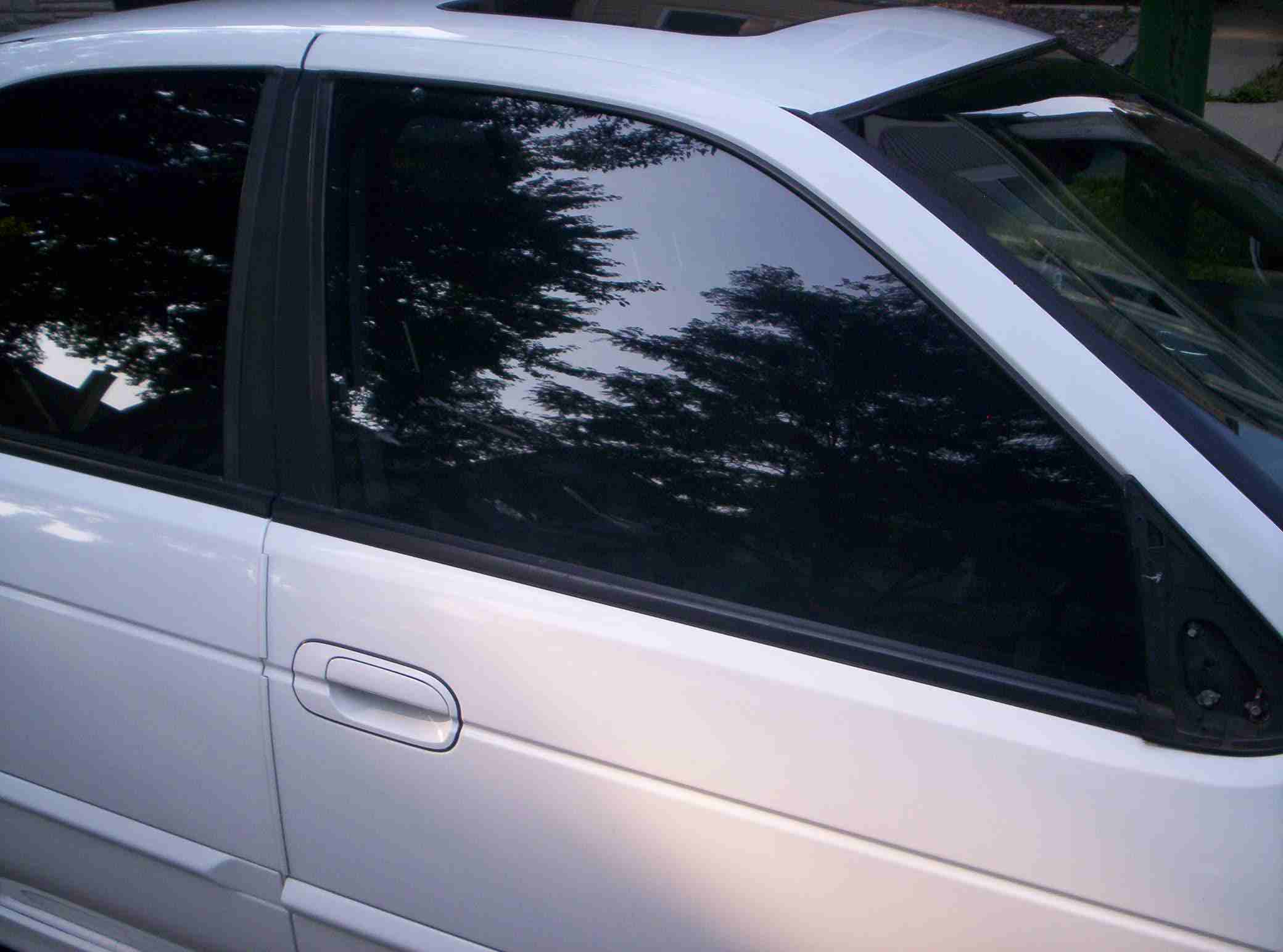 I've been seeing a lot more questions regarding parking violations for "tinted glass," (Municipal Code 9-76-220) as of late.

This law prohibits modifying the front windshield and both front side windows by darkening them with tint. While some states allow moderate percentages of tint on front vehicle glass, Illinois and more specifically Chicago does not allow any.

The law has no restrictions on tinting the rear window and side back windows.

Because of all the e-mails I'm getting, my assumption (and that's all it is--an assumption), is that police, for whatever reason, are writing more of these violations. And I'm not sure why.

This little tidbit came to my attention by way of a reader, who passed on this link with the details from the city council.

It was passed in the city council by unanimous vote on July 9, 2008. Gee, thanks Aldermen for sticking it to us once again!

According to the resolution, tinted glass "poses a serious threat to the safety of police". I'll take their word on this. It's completely understandable why cops would be apprehensive pulling over a vehicle, and not knowing what lurked behind blacked out glass.

But does the fine for this violation really have to be $250?!?

This seems pretty steep considering most people with tinted windows are doing so to keep their vehicle from overheating and to reduce glare for improved visibility and safety while driving.

My research shows that Illinois, along with four other states, Alaska, New Hampshire, New Jersey, and Vermont, have the harshest tint laws in the nation. Chicago's tint law is nearly word for word, the same as the state of Illinois'. With this impending $250 fine, I would suspect it makes it the toughest, most expensive tint law in the entire country.

So my question is this: Is this fine about police safety? Or is it really about increasing revenue for a city that is desperate for any revenue?

My guess is, it's about revenue under the pretense of police safety.

Again, as much as I want our police officers to be safe, I don't believe that $250 is anywhere near a fair penalty.

The other problem with the law is that there is nothing written in it that provides an objective way for the tint to be measured.

When I spoke to Officer Mirabelli from the Media Relations office for the Chicago Police Department, he explained that "officers just know from experience," if a vehicle has tinted windows or not.

Nothing personal, but I'm not sure I trust this type of so-called "expertise". They're policemen, not tint technicians.

I have been receiving too many e-mails from drivers who claim they purchased factory new automobiles from dealers and have not made any alterations to their front side glass, yet still have been ticketed. All new automobiles come off the assembly line with naked glass--without any tinting. This means any tint would have to be applied after initial purchase.

Cops armed with tint meters would be able to demonstrate, objectively, without a doubt, whether a vehicle's front and/or side glass is tinted or not.

Otherwise, this very expensive violation is up to the subjective whims or "expertise" of the police.

In the meantime, if you have tinted glass, I would strongly suggest you have that tint removed as soon as possible, or at least before January 15th, 2009.

Having the tint removed from your front side windows is pretty inexpensive and runs, from my research, from $30-$50 total--which is much more affordable than a $250 ticket.

Here's a list of Chicago companies that specialize in installing and removing window tint.

For more information and advice on Chicago parking tickets, red light camera violations and parking in Chicago, check out The Expired Meter.