Stories about the mummified remains of what some call a space alien, went viral over the last week, even though the 6-inch-tall artifact -- known as the Atacama Humanoid -- was actually discovered 10 years ago in Chile.

The photos emerging now, however, will amaze you.

The creature will be featured in an upcoming UFO documentary, "Sirius," produced by Dr. Steven Greer, a former emergency room doctor, who, in recent years has been a force behind a grassroots movement attempting to get the U.S. government to reveal alleged covered up information about extraterrestrial visits to Earth.

Over the past few weeks, more details about the background and previous scientific and medical examinations of the Atacama Humanoid have emerged.

Huneeus referenced a story in a local newspaper, La Estrella de Arica, on Oct. 19, 2003, which told of a local man, Oscar Munoz, who was looking for objects of historical value in La Noria. As Munoz dug near an abandoned church, he found a white cloth that contained, according to the newspaper, "a strange skeleton no bigger than 15 cm [the size of a pen]. It was a creature with hard teeth, a bulging head with an additional odd bulge on top. Its body was scaly and of dark color. Unlike humans, it had nine ribs."

After looking at original photos of the creature, Arturo Prat University biologist Walter Seinfeld told La Estrella de Arica, "No doubt it is a mammal and I'm pretty sure he's human," but he added that a more thorough study needed to be done on the subject.

The creature changed hands at that point, originally reportedly sold to a local pub owner for about $64. The little guy was eventually sold again and ended up in Spain, where, years later, it found its way to Greer, whose pre-documentary PR promises to reveal blockbuster information about subsequent medical and DNA analysis of the creature.

Meantime, Open Minds also posted an original Spanish-language, 7-minute TV report about the humanoid case, broadcast by Chile's Megavision Channel V after the creature was discovered in 2003. Here's that video:

The current owner of the Atacama Humanoid is Barcelona entrepreneur Ramon Navia-Osorio, who heads up a UFO organization, the Institute for Exobiological Investigation and Study (IIEE). Navia-Osorio recently wrote a lengthy report, "The Anthropomorphic Being From Atacama," that was posted by Julio Gonzalez in the Argentina news website, Realidad OVNI (UFO Reality).

Navia-Osorio's account includes steps he took to have the creature analyzed and how he got differing opinions about its identity. One study conducted by three doctors concluded that, whatever the creature turns out to be, they didn't think it was a hoax.

A second document, from a forensic medical expert at Basque Country University, concluded: "It's a mummified body with all typical characteristics of a fetus. The body displays all the structures and anatomical links normal for the head, trunk and extremities. Taken together, the proportionality of the anatomical structures ... [allows us] to interpret beyond doubt, that this is a mummified human fetus completely normal."

And yet, promotional materials for the upcoming "Sirius" documentary suggest how DNA analysis resulted in the creature being of "unknown classification."

Now we have to wait and see exactly what "unknown classification" means when "Sirius" is unleashed on April 22 in Hollywood, followed by a limited theatrical release and video-on-demand launch. 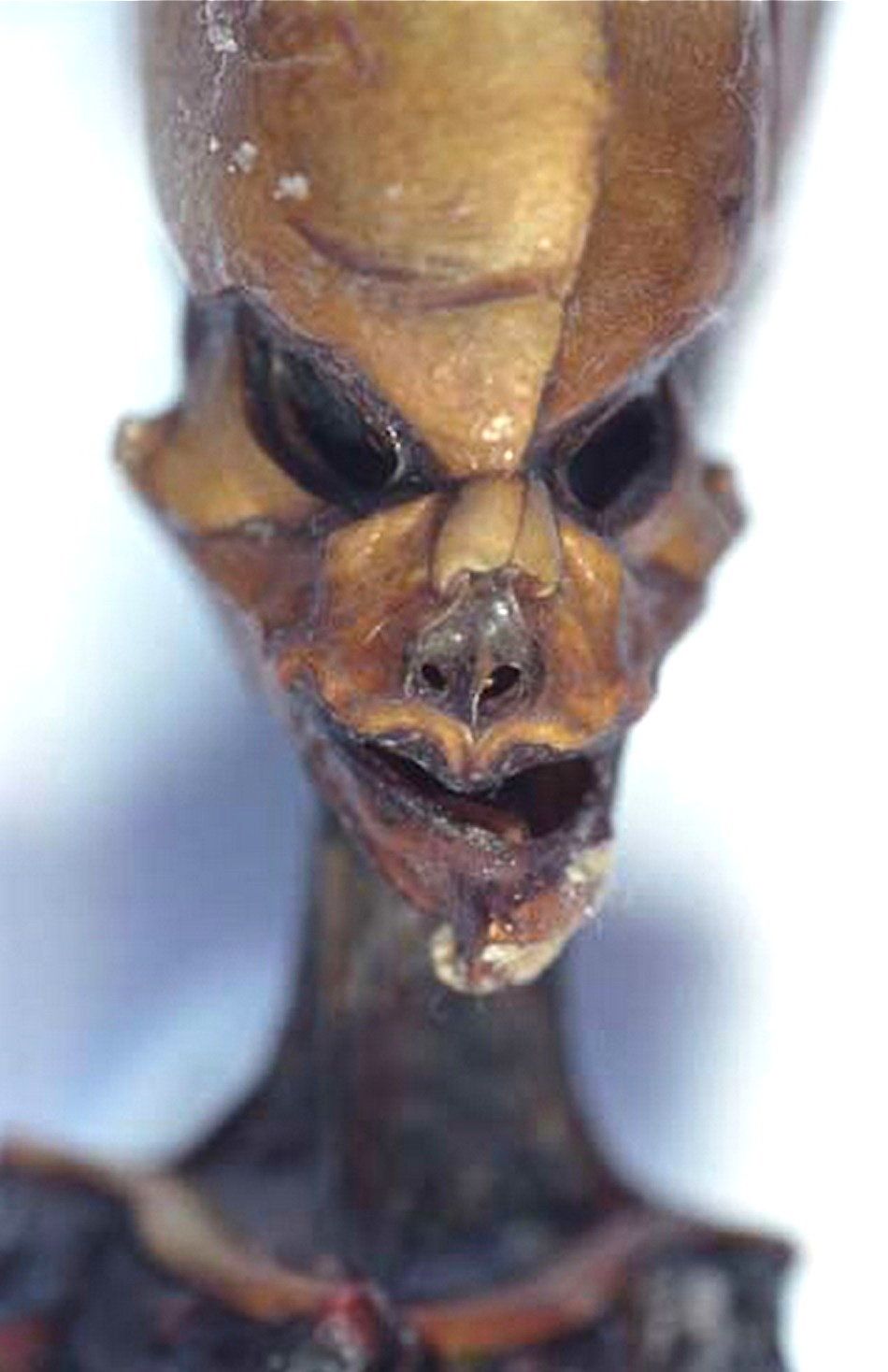