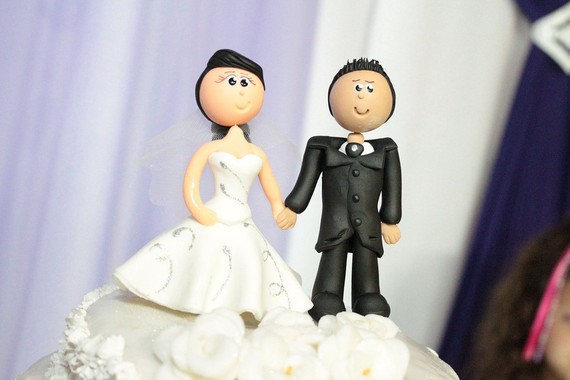 Hey Guys, We run a monthly subscription that provides a certain service for other businesses. At the moment we have a few clients but are currently really struggling to get some more. We have only really been in business for a couple of weeks but was hoping for some more clients.
At the moment we have a tried a fair bit, mainly trying to build a twitter following and keeping our blog up to date at the moment (daily high quality posts) in order to build some authority. We have also sent out a heap of emails (tried a few different subjects + content) but still not really getting any more customers.
So my question to /r/Entrepreneur is, what are some tips you have for getting clients in a service based industry?

Years ago a guy decided he had some talent making cakes and wanted to start a business. But he had no clue how to start. So he went to his dad who is already a successful entrepreneur and PhD in Economics and asked him how to get started. His Dad's reply? "If you want to have a cake business, you need to sell cake."

So this wannabe business owner took his father's advice to heart. He went out and hustled cake. He built the best fake cake he could. Then he figured he needed to be where people naturally were going to become cake customers. Not in the yellow pages. Not on the internet. Not making cold calls. He went and physically hung out where his customers were going to be: wedding venues! Brides-to-be are constantly at wedding venues. Checking them out. Getting ideas. Making reservations. So he went over to the wedding venue by his house and dressed in his Chef whites with this fake cake of his. And he just walked. Slowly. Up and down the sidewalk. He'd lap around and around for 5 hours. Eventually a bride-to-be would stop by the wedding venue to make a reservation for their own ceremony, and they'd see this baker and his beautiful fake cake, and they'd ask for a card. In a couple months of this, he was making cakes for every wedding at that venue.

Today? You might know him as Duff Goldman, or as Ace of Cakes, a very popular show on the Food Network that followed some of Duff's successful career. There's a lot to take from Duff's story.

1. Have a product worth showing off

You have to make good things. You can't skip this step. You need to look at your product and see if it's actually any good. Lots of people put out things they aren't even proud of. Duff knew his stuff was good. People would see this fake cake and want it. You have to get honest with yourself. Would you buy the service you're selling? A lot of folks are too scared to face this reality. Their product stinks. But then they don't put in the practice to get any better.

You've been in business for a couple weeks? "Tried to build some authority" with a blog in that time? Duff on the time it took to get his business in gear:

Within two months, I was making the cakes for every wedding at the place (Two and a half years later, I had my own shop. We did things a little differently, because if I were just to make the same cupcakes everybody else does, nobody would care. So we made huge cakes and cakes in strange shapes. Then came my own TV show, and business exploded.

Two and a half years to get his own bakery! For most people their own shop is something they expect to have... today. But the reality is: to be successful with your own shop you could use a big audience behind you. So he scoped down his dreams and worked out of his apartment until he had enough business.

You've been at it a couple weeks. That's nothing. It took me years of writing to build any semblance of an audience who would consistently read my stuff on Twitter (@natekontny) or Medium. You've got to put in some serious time and work to make a blog pay off. It's totally worth it. But it's an investment. You can't get discouraged after a couple weeks.

Success takes time. Give yourselves some goals, but get realistic about how long it's going to take to become great. Basecamp the company (37signals at the time) was around for 4 years before they even had 4000 blog subscribers to Signal v. Noise. With that, they launched Basecamp the product, and it still took another year to support 4 meager salaries with their software products.

3. Go to where your customers are -- physically if you have to.

Duff didn't just spray and pray on the emails. There's lots of bakers. Lots of websites and yellow page ads. Brides planning weddings are inundated with noise. So he went out and actually pounded pavement where no one else was.

Inkling, was my first business of any success that I started with Y Combinator in 2005. Our first customers were the result of some emails we sent, but we were able to stand out. There wasn't any other Prediction Markets tools out that were doing software as a service. We could email someone and had very unique things to say about who we were. Is your service unique enough you can email someone about? If they aren't, you'll need to figure out how to stand out.

Go pound some actual pavement. Go get some meetings with people close to you. Don't sell them anything, but set up some time with them to get some feedback on what you're selling. A common email I would send out starting Inkling and later another business I did (Cityposh with Y Combinator in 2011), was just "Can I buy you coffee?" as the subject line. And I would just layer on the compliments about how much I liked their business and see if they had a moment to give me feedback on my latest project.

If the meeting had to be virtual I'd send "Can I buy you a virtual cup of coffee" and would send them a gift card to Starbucks if they accepted. This worked really well.

I remember sitting across from the owner of a bar in my neighborhood. He didn't have a need for the product I was selling, but in that conversation he outlined exactly what he had a need for that he would buy from me. That conversation was great feedback to help me mold who I was trying to help, and if I had given up on that idea, this guy had just given me the next thing to work on and he would have been my first customer.

Go get those feedback meetings. Often they turn into their own deals. If someone you talk to thinks you've got something great on your hands, just end the feedback meeting with "So is this something we can explore using at your company?"

One of our first clients at Inkling was O'Reilly Media. We did for free. Why? Because their logo and name was enough to get us a lot of free attention amongst even more potential clients. We did another deal with ABC San Francisco. They paid us a fraction of what we normally charged. Now they were getting our name on radio and television. One of our biggest deals was with Cisco and that's because the guy who brought us in there had seen someone on ABC San Francisco talking about us.

These deals were like the fake cake. They weren't the real high paying deals we wanted, but go find one or two high profile customers that you can leverage for more attention. And figure out how you can help them for nothing. If you have a useful product, you should be able to get at least one person with some clout that would love to have your service for nothing. I wouldn't do this more than once or twice, but if you find the right one, that freebie is worth a ton.

5. What other fake cakes can you make?

What else can you do to show off your value. Open source everything. Put out lesson after lesson you've learned in your life. Share all the ways you've gotten these first customers. Share the things that are working and the things that aren't. Go answer questions on forums where your "brides and grooms" are asking questions. Just like a couple going to a wedding venue, your customers are going somewhere to ask questions and get help. Go answer them. Reddit? Forums? They're searching for answers to something. Be there to help. The more you do this, the more chances you have to drop links back to your own blog, Twitter account, business, etc.

We did things a little differently, because if I were just to make the same cupcakes everybody else does, nobody would care. So we made huge cakes and cakes in strange shapes.

We can't just keep doing what everyone else is doing. Today I'm the CEO of Highrise, web-based CRM software. When Highrise first came out in 2006, it was unlike a lot of things. It was simple unlike Salesforce. And it was software as a service unlike all the local databases and address books people were using to manage their contacts.

But today, Highrise was recently spun-off from Basecamp to get the love it deserves, and the market is really different. There's a ton of CRM competitors. Good ones too. We can't just do whatever everyone else is doing. So I do everything in my power to be different. I send feature announcement newsletters to our customers with pictures of my family to stand out from the soulless news everyone else is sending. I write and teach what you can learn from the inventor of Instant Ramen noodles vs. the content marketing garbage everywhere. We built a way to send simple text based bulk email vs. the trendy, graphic laden, slick email campaigns other vendors are trying to steer everyone to make. And on and on, we realize no one would care unless we offered something others weren't.

Is your service different enough from everyone else? If it isn't then I'd spend a ton of time figuring out how you can get it there. Two really important books that have helped me make products that are different and innovative enough to stand out from the competition are Blue Ocean Strategy and Something Really New. Spend a ton of time thinking about how you're going to be different.

I hope this helps some of the folks looking for ways to reach their first or even their thousandth customer. If I can be of any help to anyone please let me know on Twitter or shoot me a brief email (nate.kontny on Gmail).

And to see how we're living our own advice, you should follow what we're doing at Highrise.