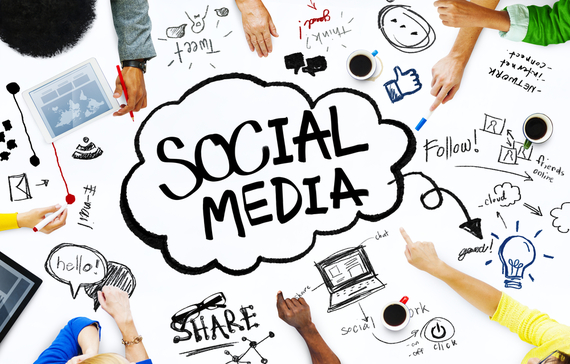 In an age where Donald Trump asks his Twitter followers if he should participate in a debate and candidates' social media posts make the news, it's clear social media plays a role, not only in our personal and professional lives, but shapes how we participate in politics and politicians reach voters.

The Pew Internet Project research cites 66% of social media users have engaged in a variety of civic or political activities. As a social worker and marketer I have noticed social media has had a big impact on advocacy efforts. Conversations in the social work profession have taken to Twitter on hashtags such as #MacroSW to discuss politics and macro social work practices. Social work educators now teach their students about the power of social media in their future work.

A journal article in Social Work Education by Laurel Iverson Hitchcock & Jimmy A. Young, Tweet, Tweet!:Using Live Twitter Chats in Social Work Education, focused on the use of Twitter and how it can be used to help students develop professional social work skills through live chats. The authors concluded social work practitioners need to be knowledgeable of these tools to engage systems and advocate on behalf of the profession. This view is also reflected by other social work educators.

"Social media made advocacy accessible, easy, and an everyday practice for so many social service and social welfare organizations," said Dana Grossman Leeman, MSW, Ph.D., SocialWork@Simmons Program Director, "anyone can tweet or respond to a tweet that promotes education and awareness about social injustice, a public health problem or institutional racism in a matter of seconds to potentially reach hundreds and thousands of people worldwide."

Politics can be difficult to openly discuss with family, work colleagues or friends and how we use social media to engage in political conversations needs to be approached with tact. As we know, not everyone will agree, and as the Pew Internet Project research points out among social media users whose friends post political content, the large majority (73%) "only sometimes" or "never" agree.

What makes open discussion more challenging is this election cycle has become the nastiest in recent memory. The candidates' mudslinging and ugly campaign rhetoric has spilled over on to social media. And with more than a year until a new President is sworn into office, you can count on even more political commentary showing up in your social media news feeds.

You have some choices to make about how to engage in political discussions on social media. There are a wide range people in your networks too, from that guy you knew in your high school English class, who you thought had a great sense of humor, but who is now making your blood boil by posting racist comments to close family members who you love but have views on the opposite side of the political spectrum.

To get you through the 2016 election, here are some tips for talking politics on social media.

Personally, I pine for simpler days in social work school, or at least 2008, when in an election year we are meant to aspire for positive changes and are empowered that we have an important say in the process of picking our next leaders. Whatever choices you make in engaging on social media in this election year, let's hope for more civility and honest debate.