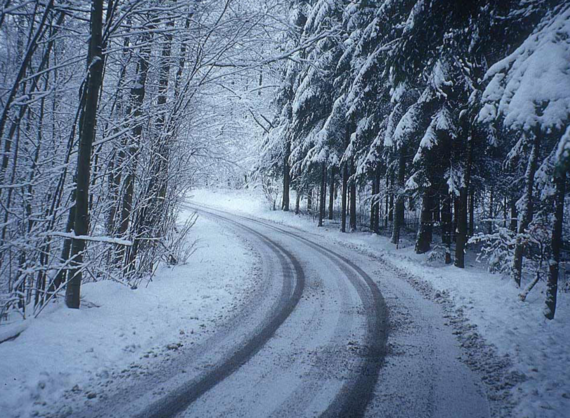 This is the time of year that the days begin to get shorter, the leaves are turning beautiful shades of red and orange, and the weather is going to start getting colder seemingly by the hour (sometimes by the minute, depending on your location). Everyone has a variety of chores that need to be taken care of before the snow begins to fly. Things like: raking up all of that beautiful autumn foliage when it begins to fall, patching up any areas that cold winter wind can penetrate to, checking the state of the furnace and the filter that goes with it, just to name a few. There is one important thing that often goes overlooked however- the car/truck/suv that will carry you and your family through your daily lives in the winter. This is one of the most important things to check the winter readiness of. Here is a list of things to look at, some you most likely already know, and some you may not consider until you find yourself in need of them.

Check and/or change the engine coolant- This is probably the most obvious place to begin this list. In most northern areas, it's usually referred to as anti-freeze as it's cooling capabilities won't be used quite as often as it's ability to keep the major cooling system components from freezing and cracking. With that in mind, check the level of the system first, then check the dilution. Both of these things can, and usually are, easily checked during a routine oil change at most all service facilities. NOTE: Do not ever open the cooling system when the engine has been running at any point in the last 2 hours! As the engine runs the cooling system builds up pressure, and one of its main functions is to remove the built up heat from the engine and disperse it through the fins of the radiator. So not only is it really hot, it's also under pressure and very dangerous. If you're not familiar with the system, best to let a professional handle this for you. As for checking the dilution of the anti-freeze, there is a tool that will quickly measure the temperature at which the anti-freeze will actually begin to freeze. Most are normally rated for 30 degrees below zero, and a good bit of them go even lower. If it's anything less you'll want to get a coolant flush done and make sure to repair any leaks. The anti-freeze is also the source of the heating system in the vehicle and on those sub-zero days, going without a heater in the car is more than just inconvenient- it can be hazardous to your health!

Exchange the washer fluid for "winter" washer fluid- This one doesn't require a very lengthy explanation. The normal washer fluid that gets topped off during your oil change, or that you can buy at most gas stations, is blue making it easy to recognize. It also doesn't have any non-freeze qualities to it and on a cold day with the vehicle moving, it'll quickly freeze causing the view from the windshield to be obscured and the wipers will sometimes even freeze to the windshield if it's cold enough. The non-freeze variety is generally orange or yellow and will be clearly marked. They have it at most major parts stores. It's a little more pricey than the normal washer fluid but it's worth it's weight in gold on those extra chilly days when you've got a lot of driving around to do.

Change the wiper blades- This one is mainly a continuation off of the last point, but still very important. When the roads are covered in slush that consists of snow/ice and the salt used to melt it, that mixture can completely obscure the view out of your windshield in short order if you have wiper blades that are not cleaning the whole windshield correctly. Replacement wipers are cheap and available at almost any store that carries auto parts (even major retailers like Walmart or target usually carry them) and they're easy to install. A quick search on youtube for your year, make, and model of vehicle, will get you taken care of relatively pain free.

Winter tires/chains- The tires on the vehicle are arguably the most important part of driving in the snow. If the tread is low on the tires, driving in the snow becomes an entirely different (and dangerous) proposition. They make studded winter tires that I would recommend to anyone that will be spending most of their time driving in winter weather conditions. They aren't very cheap, but the stability they can provide on the roads are worth every penny. Some people prefer to use tire chains that can be installed on the regular tires of the vehicle. It's mostly a personal preference (my dad always preferred the chains over studded tires) and they work just fine. Be sure to make sure the tread on the tires is in good shape before installing the chains. Putting chains on bald tires won't really help that much. One last thing about the tires- be sure to check the tire pressure regularly and keep them filled to the manufacturers specification for tire pressure in your vehicle. Tire pressure that is too low allows the vehicle to move more and is very dangerous on icy roads.

ABS braking system- This is a very quick one. Just be sure the ABS brake light, or the regular red brake light, are not illuminated on the dash. If either of these lights are lit up on the dash, it indicates there's a failure and the system will not work. The standard hydraulic brakes will function but the important safety features of the ABS system will not be operational, which could cause a crash if you were expecting it to work. If you've seen the ABS light on recently, and it's out now, it means there was an intermittent failure detected, and it will still need to be addressed. Once the problem occurs it may go away for a while but it'll be back. Usually at the most inopportune time.

Consider having an engine block heater installed- This is a suggestion for those of us who live in the far north where the temperature may not go above zero degrees at any point of the day for a few weeks in a row. It's not terribly expensive to have installed and will keep the engine's rotating components from being damaged on an extreme cold weather start up. Most people aren't even aware that in weather that cold the oil will get thicker and can get thick enough to not provide adequate protection to the crankshaft, bearings, and oil pump when first started. This will cause severe internal engine damage and will leave you stranded. They must be plugged in to a wall outlet (usually via an extension cord) and should be plugged into a timer. Set the timer to come on about an hour before you'll be leaving for work in the morning and you won't have any worries about the temperature of the engine oil or the engine block. As an added bonus, the coolant will reach operating temperature much faster, providing heat to the cabin of the vehicle much quicker.

Clean/lubricate the seals of the doors and the trunk- This one is something that mostly no one would ever think to do. Simply open the door, spray a glass cleaner on the rubber seal that goes around the door, wipe it clean and dry, then apply a silicone lubricant spray to the seal. This will keep the door, and the trunk, from freezing shut on those frigid winter nights! For any of you who have ever experienced this (I'm definitely included in this group) it's completely miserable to be standing exposed to the winter wind, wrestling with a door that refuses to grant entry, or trying to put the groceries in a trunk that is laughing at your efforts to break the icy seal. It's worth the few minutes this will take! The silicone lubricant spray will be available pretty cheaply at the local auto parts store.

Put a small spritz of WD-40 in the door\trunk lock- This is along the same lines as the last point. When it gets cold enough, and the inside of the vehicle was warm causing some slight condensation to build up in the outer shell of the door as it cools down, the door lock can actually freeze stiff and won't turn with the key in it. I've had people tow their vehicle into the dealership with the locks frozen and a broken key in their hand. Not surprisingly, none of them were in good spirits when they got there. By spraying a small bit of WD-40, or a similar graphite or rust penetrant, into the key cylinder and then moving the key in and out a few times, you'll be able to avoid this. There are quite a few cars on the road today that use keyless entry, but if the battery for the remote happens to die, you'll still need to gain entry with the manual key.

These are the main points to winterizing your vehicle. There are other things to check, such as: a good tune up, if you haven't done one recently, to maintain the engine in top running condition, the brake pad linings to make sure the vehicle can stop to the best of it's ability, and other routine maintenance items. This list is specifically geared toward helping you deal with the icy conditions and frigid weather that is on the way. Safe travels to all of you this coming winter.

For more advanced repair info, technical assistance, and much more, be sure to visit mycheckenginelight.net

Auto repair blogger. Come see me and Skype with a mechanic!