Some households are noisy and full of roughhousing. Others are quiet and easy going. If the your household has been aggressive for a long time it wears on everyone in the family and emotional temperatures flare. Individuals lose sight of how to regulate their emotions to a talking level even though outside the house they may know how to keep in control. The interactions in the home seem to trigger heightened anger that is disruptive and everyone wants to change it including parents and children but they have lost their way.

1. If it is a two-parent household make a list of triggers that stir up angry feelings for everyone in the family, so you are ready to intercede early on. If it's a one parent household, do this on your own or maybe with a very trusted friend.

2. Establish the parent-child hierarchy.
You need to establish that you are calmly in charge so the generational boundary is clear. Make a list of what are your triggers as well, so that you can start responding without yelling or punishing, but calmly asserting your benevolent authority.

3. Have a family meeting.

• Tell the children that the family has become too aggressive and you are all going to start to work together not against each other. Tell them everyone has a say until they are finished. No interruptions or raised voices or you will stop and resume another time.

• Introduce the word collaboration. Explain that the reason for the list is to remind each other not to trigger each other. If someone does by mistake, the triggered person tells them to stop and they must.

• Tell them the list you have made for them and ask if they want to add any items. Remind them of the turn-taking rule. If someone wants to take something off the list that pertains to them, that's their privilege. Remind them the reason for the list is because you want everyone to learn what leads to aggressive words and actions.

• At another time if you want private conversations with each child about how they trigger you, do so without the others in ear shot. Speak in a non-blaming way. Tell your child you are sharing your feelings and trusting your child with them. This will maintain your relationships with each child.

4. Introduce the idea of talking not acting.

• From then on if someone is upset they are to talk about it or leave the room until they are prepared to speak. Prepare them that this won't be easy at first or for quite a while but it is now the absolute rule of the house. If the rule is broken, you will intercede and everyone will start over.

• The essential rule is there is no physical fighting of any kind. Not a tap on a shoulder is permitted when someone is upset. Later affection may replace physical fighting, but at first hands off each other.

• Loud talking may replace physical fighting at first and it's permissible. But if it is more than a few sentences and a loud argument ensues, then it's considered that the two or more people are out of control and they must separate until later when they can talk quietly.

• Avoid situations where it's two or more against one. Stick to one on one interactions. Make that a rule.

5. Plan when the next meeting will take place.
This will become a regular routine at least once a week until the household is a calmer place. If meetings are needed more often anyone can request one by asking a parent to set a time and place.

• You are the model of the house. If you are a yeller, it's time to stop. This may be very hard especially if it's gone on for years. A way to keep yourself in check is to speak even quieter than your normal voice. You will be surprised how much attention that draws. You will feel much more in control of yourself and your children.

• Your aim is not to control your children, but to have them control themselves. They need to learn how to internalize self-control that you model for them.

• There is nothing punitive going on. Consequences are talking things out. If things are broken, the child who broke it can work to make money to replace it. Create other non-punitive solutions to problems as consequences that remedy situations, not punishments that lead to further resentments.

• Sincere apologies are given if someone is hurt. Remove any physical objects that may be used to hurt one another.

The rewards are enormous as children reconcile with each other and parent-child bonds improve. 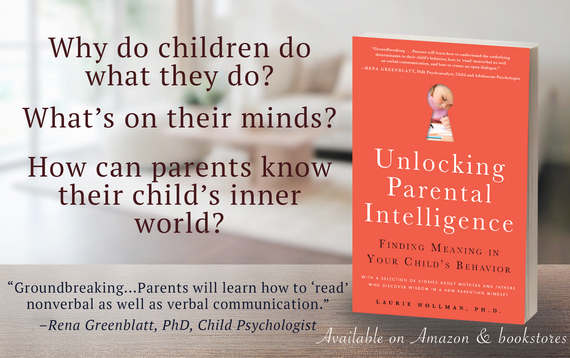 Laurie Hollman, PhD, is a psychoanalyst and author of Unlocking Parental Intelligence: Finding Meaning in Your Child's Behavior found on Amazon, Barnes & Noble, Familius and wherever books are sold.

More:
Parentspunishmentteen behavior
Newsletter Sign Up
Raise the kind of person you'd like to know
Subscribe to our parenting newsletter.
Successfully Subscribed!
Realness delivered to your inbox