Saved from collapse by the rich Russian sponsors, the FIDE Grand Prix moved to China this month for its fifth leg. Some of the world class chess players came to Beijing tired from the previous hectic schedule. They took part in some of the six major tournaments in the last four months: the Candidates tournament, Alekhine and Tal Memorials, Norway Classic and Grand Prix events in Zug and Thessaloniki.

The victory in Beijing went to Shakhriyar Mamedyarov, 28, who seems to be on a winning streak. Last month, the Azerbaijani grandmaster won the World Rapid Championship in Russia and the Geneva Masters. 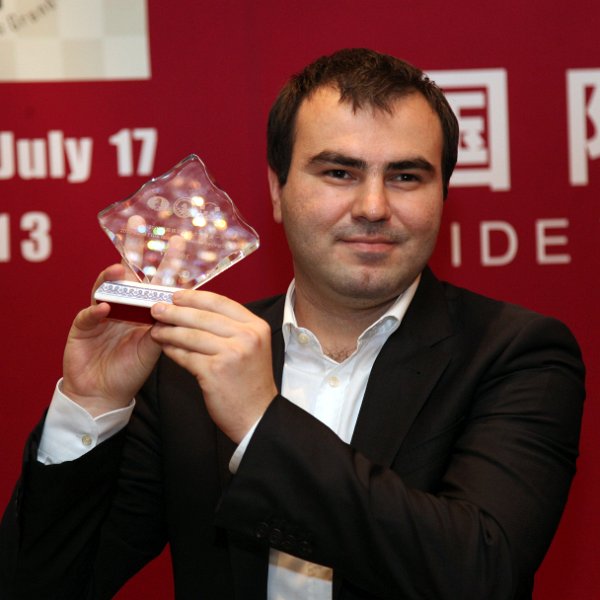 Mamadyarov with the winning trophy

The tournament began with Sergei Karjakin's breakaway, three wins in the first three rounds, but he was pulled back after he lost three games in a row. At that moment Mamedyarov's move to first place with a burst of 3.5/4 was closely followed by Alexander Grischuk, 29. The two leaders looked tired at the finish, just preserving their places, each managing only one draw in the last two rounds.

The idea of the FIDE Grand Prix was adopted from the Grandmaster Association's World Cup, a series of six Grand Prix tournaments, played in 1988-89 with the participation of all the strongest players at that time, including Garry Kasparov and Anatoly Karpov.

FIDE is also using a similar complicated point system for the overall results. Each player participates in four of six tournaments and the worst result is discarded. Two players from the FIDE Grand Prix will advance to the next Candidates tournament. Topalov leads the series, Mamedyarov is second. But Alexander Grischuk and Fabiano Caruana can mount a challenge in the last tournament in Paris in September.

The game between the two Grand Prix leaders was important for the final classification in Beijing. 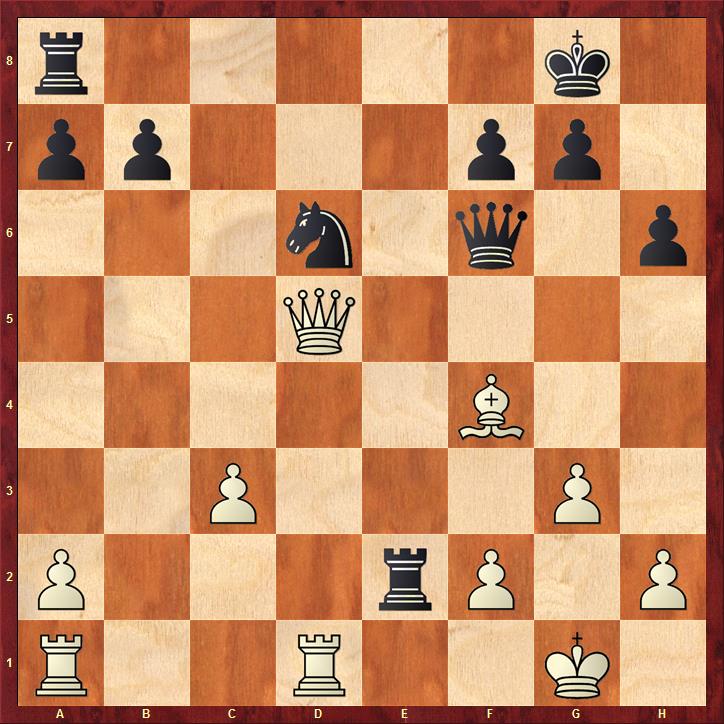 Topalov could have played 20...Nf5 with a good game. His choice is not surprising since he is known for his aggressive play. But Mamedyarov took advantage of it. 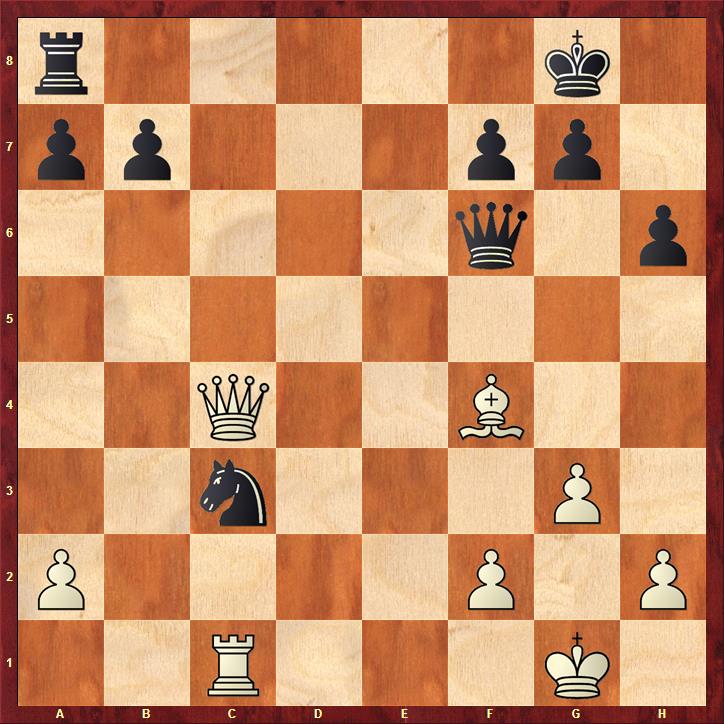 The knight is caught. The white queen controls six escape squares, the rook the last two.

On the wrong side of chess brilliancy

It seems strange that two grandmasters rated among the world's Top Ten can lose three consecutive games. It was not Karjakin's misfortune, but Hikaru Nakamura's losing hattrick in the last rounds of the Tal Memorial that reminded me of a story played out nearly a half century ago during the tournament in Belgrade in October 1965.

I came to the Yugoslav capital with a victory in Varna, Bulgaria, and one grandmaster norm. I needed another one. The GM norms depended in those days on the composition of the tournament. The more grandmasters, the lower the norm. FIDE didn't say how strong the grandmasters should be and many titled veterans were popular invitees. Perhaps it didn't matter too much: there were only some 60 grandmasters in the world and the title meant something.

The Belgrade tournament was different with a bunch of players in their twenties. Like Nakamura, I was leading the event by a half point with three rounds to go. A single point would guarantee me the first place and the final grandmaster norm. But I lost two games and drew in the last round, finishing a half point behind the winners, grandmasters Florin Gheorghiu and Milan Matulovic. Everything ended well: I made my final GM norm in December in Leipzig.

I began the downward spiral with the game against Dragoljub Velimirovic who had a reputation of a reckless attacker. I allowed him a bishop sacrifice in the Philidor defense for what I thought was only a slight discomfort of my king. I was looking for some devastating punches from his side, but he slowly and quietly developed his pieces. Suddenly, I was without a good move. I realized I was at the wrong end of a chess brilliancy. It was the best game of the tournament.

The Dutch psychology professor and International Master Johan Barendregt was the main defender of this Philidor system. Black postpones castling or can start attacking on the kingside with h7-h6 and g7-g5. Still, 7...0-0 is preferable.

Asking for trouble, but I could not foresee what was Velimirovic about to do. That's why he was called the Yugoslav Tal. 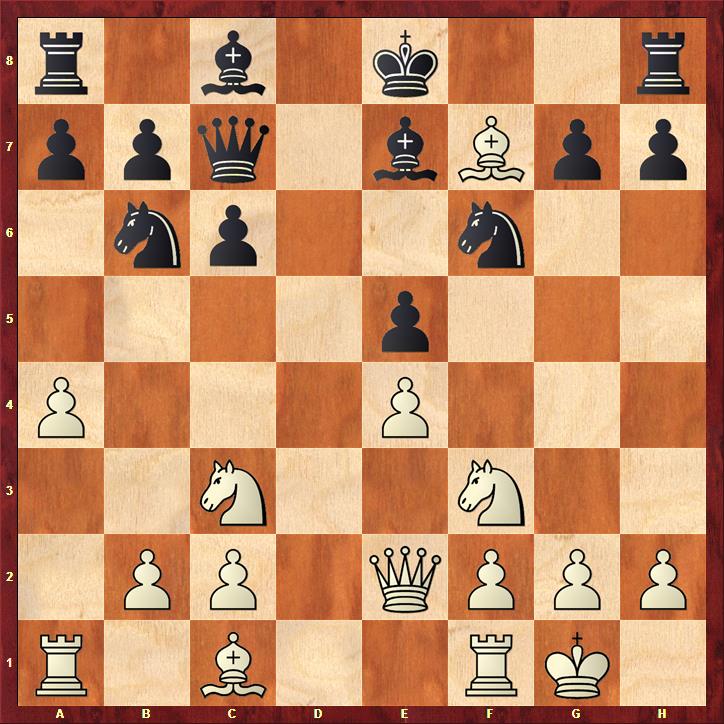 The storm starts with a thunder. Immediately after the game, we were not sure about the correctness of the sacrifice. Even today's computers show the game being roughly equal.

At the first glance it is not clear how white plans to attack. Remarkably, with the black king in the middle, Velimirovic calmly develops his pieces.

Chasing the knight back, white gains the important square c4 for his queen.

An unfortunate retreat, but other moves are only slightly better: 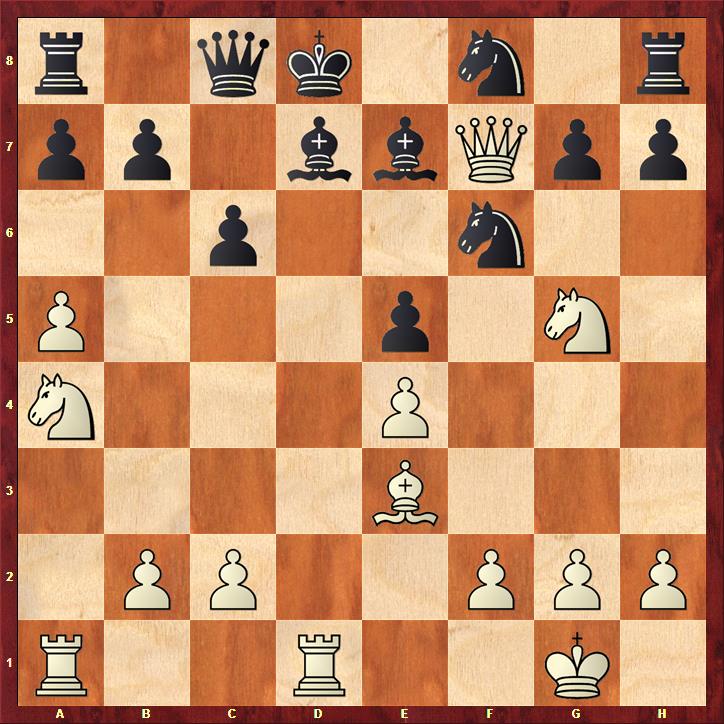 An elegant finishing touch. White has many threats: 18.Nb6 or sticking a light piece on the square c5. There is not much black can do. 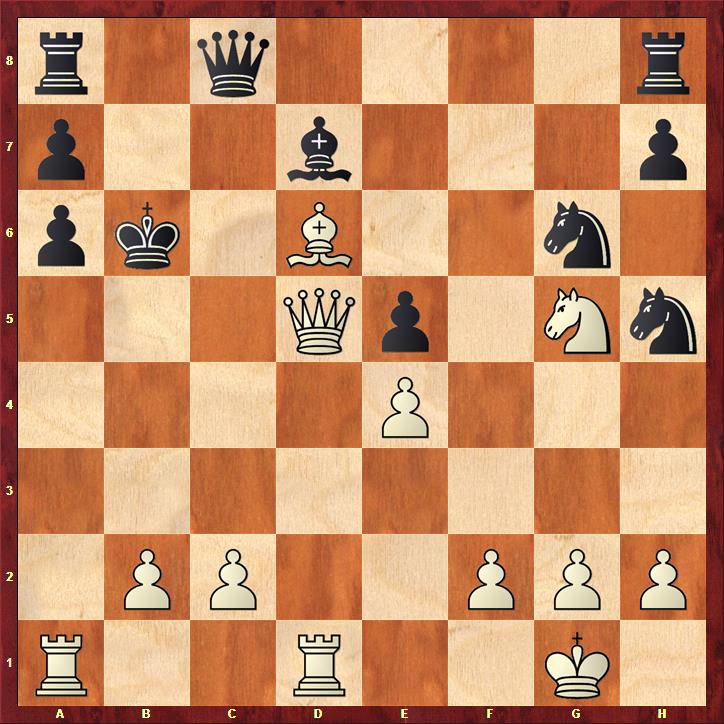 The game brings us back to Beijing where the young Dutch grandmaster Anish Giri, 19, suffered a similar fate. In the same Philidor defense, the Chinese grandmaster Wang Hao, 23, sacrificed his bishop the same way as Velimirovic. After Giri panicked, Wang kept increasing his attack until it attained destructive force. 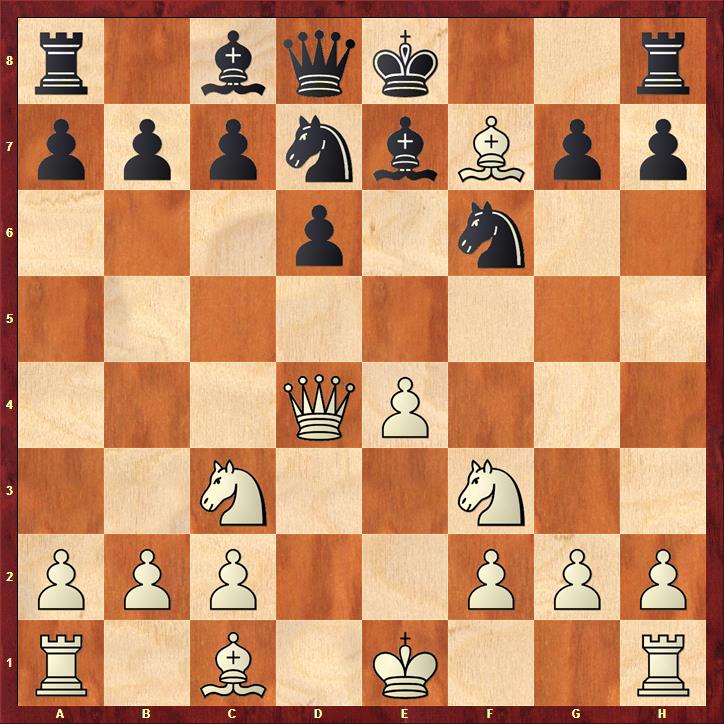 A sacrifice that can jolt you. It may not be completely correct, but
Wang Hao was not doing particularly well in the tournament and decided to have some fun.

The only move, opening escape road for the black queen.

A nervous reaction. Black didn't have to give up the d-pawn. Giri should have tried 13...Rg8 14.Nd5 Qc6 with roughly equal chances.

Computers' suggestion 16...Qc6 is also inadequate. White keeps the queens on the board 17.Qd2 with advantage. 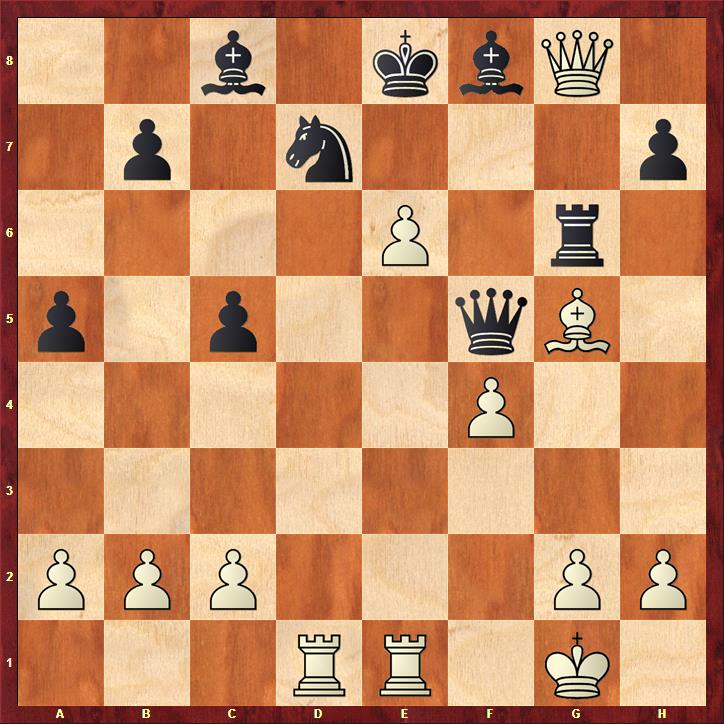 I saw the 1965 crosstables from Varna, Belgrade and Leipzig in the latest volume of Gino Di Felice's Chess Results, published by McFarland. The Italian author arranged together 11 volumes of tournament crosstables and match scores from 1747 till 1967. The last tome covers the years 1964-1967, a period of my first international tournaments, and I was able to relive some exciting moments. Sometimes Di Felice begins a crosstable on one page and finishes it on the next page, but it is nothing major. His comprehensive work is indispensable and essential to any chess historian, researcher and writer, and may be enjoyable for anybody who loves to browse through older tournaments.