Knockouts, tapouts and bone breaking action...literally! Let me not forget to mention the two hard working ring card girls either, because they were working and working it! 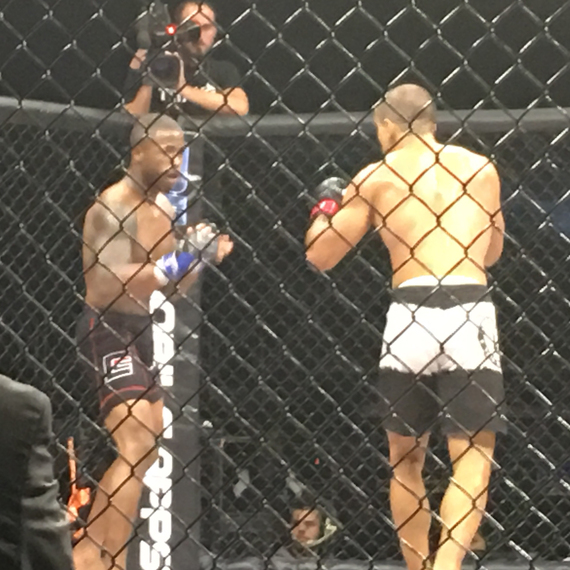 The UFC's amazing subscription based "Fight Pass" platform and stellar broadcast team ensured that yesterday's Titan FC 39 Miami take-over was seen by fight fans worldwide. Titan head honcho Lex McMahon ensured the octagon action was in true 305 style and the fights were all high energy. The Titan FC DJ was on point too, keeping the crowd involved and rocking the arena in between matches. When he spun that new Fat Joe record "All the Way Up", every fan was on their feet. Miami Native South Floridian Rudy Roman handled ring announcer duties and I know my good friend Bruce Buffer would have been proud.

Ringside with Uncle Louie at Titan FC 39 in Miami, Florida

I was joined cage side by UFC's Aljamain Sterling and we didn't miss a second of action; with the exception of a run to the concession stand for a hot dog, which hit the spot! Coconut Creek's American Top Team was out in force too. With cage side visits from Dustin Poirier, Conan Silveira, Antonio "Big Foot" Silva and a long list of prominent MMA talent from today and days past, I had a very memorable and entertaining night watching live action from the Bank United Center in Coral Gables. At one point, the UFC's seven footer Stefen Struve, who fights out of the Blackzilians camp in Delray Beach Florida stopped by and we caught up. That gentleman is one tall fighter! 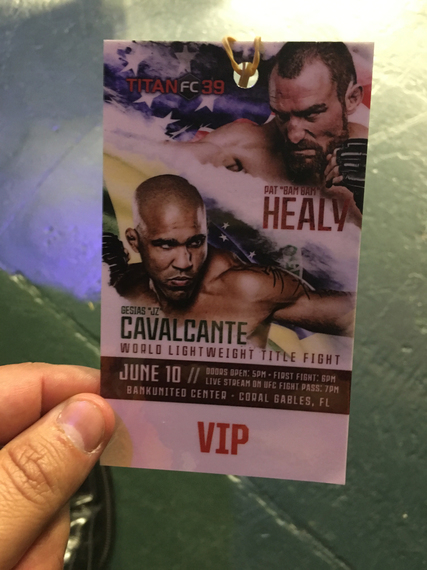 Here is a quick run down of the action and the results of last's night's Titan FC 39 in Miami: