Billy Zane was supposed to be talking about "Titanic" but he digressed a bit: Hunter S. Thompson, the beauty of media, the importance of philosophy -- and he could wax on for days. "But this is all speculative dialogue," he said. Oh, Cal, I thought. One could imagine him in a parlor room, dressed in a three-piece suit and giving his brandy a swirl. Though, he probably wasn't. He was about to head out to the world premiere of "Titanic 3D."

The re-release of James Cameron's blockbuster has come with its fair share of exclamation-point-nostalgia, which is to be expected of the second highest-grossing film of all time, having ensnared, most of all, pre-tweens. (At nine, I had seen the film in theaters three times, a modest figure by 1997 standards.)

But, with the film making its way back to the theater this week, now in stunning 3D, there's a new word that has become synonymous with the film: embarrassment.

No one's heard a peep out of Leonardo DiCaprio (though Cameron relayed his sentiments after hosting a brief screening; the actor was "practically crawling under the seat").

And as for Kate Winslet, the film's heroine, the past 15 years have, apparently, been hell: she was "haunted" by "Titanic" jokes; bristled at her nude scene, "I'm not going to look" - (calling your bluff, Winslet) -- and and wanted to vomit upon hearing Celine Dion's ballad "My Heart Will Go On." (That last one is fair.)

So, it was a breath of fresh air when Zane did not only not jump on the "Titanic"-is-so-embarrassing bandwagon (or lifeboat!), but, instead, felt a sense of pride in the movie.

"There were people who I knew who never saw the film because it was purely successful," he said. "I've been defined and introduced [by 'Titanic'] for 15 years...but to have my name be synonymous with this film is a great gift."

On a personal note: "Titanic" is unequivocally my favorite movie. This is at once completely sincere and totally absurd -- much like the film itself. My love for "Titanic" was on a somewhat low-burning flame for most of my life, heating up only in my college days. I had come to realize something about the movie: Though it, yes, made me weep (weep!) -- it's actually hilarious. At least tape one. I found myself playing out long swaths of dialogue with my fellow "Titanic" fans (who were not few in number) -- we'd gloss over the lamer, most quoted scenes and opt for the lines of Molly Brown, Rose's mom or Mr. Ismay. Example: "Freud. Who is he? Is he a passenger?" That's gold, folks.

I was already the biggest, semi-closeted "Titanic" weirdo out there -- once, I had laryngitis and took to answering my phone with a faint-voiced "Jack!" and I can recite the film's opening in French (the French go nutso for "Titanic") -- and this was way, way before the King of the World even announced he was re-releasing this baby.

So, as much as I enjoyed Kate Winslet admitting that she's suppressing "a massive internal eye roll" whenever someone would make a "Titanic" gag, it saddened me. It may not be any fun for her to watch the movie again (sure, she was a little Rubenesque in scenes), but it's still really, really good. Really.

It goes without saying that I am not alone here in super fandom. There are many others out there far more committed (just ask those on a Titanic commemorative cruise, which follows the doomed ship's trajectory).

Bill Paxton, who played Brock Lovett, the then-present-day underwater archeologist in search of Le Coeur de la Mer, explained that despite his relatively small role, he couldn't escape "Titanic," either.

"So many people say to me 'that was the most incredible film I've ever seen' or 'I'll never forget when I saw 'Titanic' for the first time.'"

Paxton believes that the film's 3D element will only strengthen fans' appreciation of the epic.

"First of all, there's a whole new generation that's going to see the movie for the first time," he said. "But for all of us who remember seeing it 15 years ago, it's almost kind of like the memory's been enhanced by the 3D. I don't think anyone will be disappointed."

Disappointment is surely off the table -- the effects are sort of breathtaking -- but it will be interesting to see how a whole new crop of kids reacts to the film. After all, it is nearly 3.5 hours long.

Francis Fisher, who played Rose's mother (and in my opinion, has the most loathsome role in the entire movie -- Cal, actually, not such a bad guy), believes in the film's ever-lasting reach.

"I think [the film continues to be successful] because Jim has told a story of ultimate tragedy," she said.

Indeed, Cameron has, with the help of two very attractive people, created the perfect love story that none of us will ever have. (Who hasn't hoped to be picked up with "So, you want to go to a real party?") But a girl can dream! And, boy, do they ever. Fisher has witnessed first hand the unstoppable force of "Titanic" on her own daughter, who was three during the film's production.

"She played Kate's character all the time," she said. "She would dress for dinner and she would walk down the stairs and I would have to be Leo and kiss her hand when she came to the landing and I would say, 'I saw that in a nickelodeon once and I always wanted to do it.'" 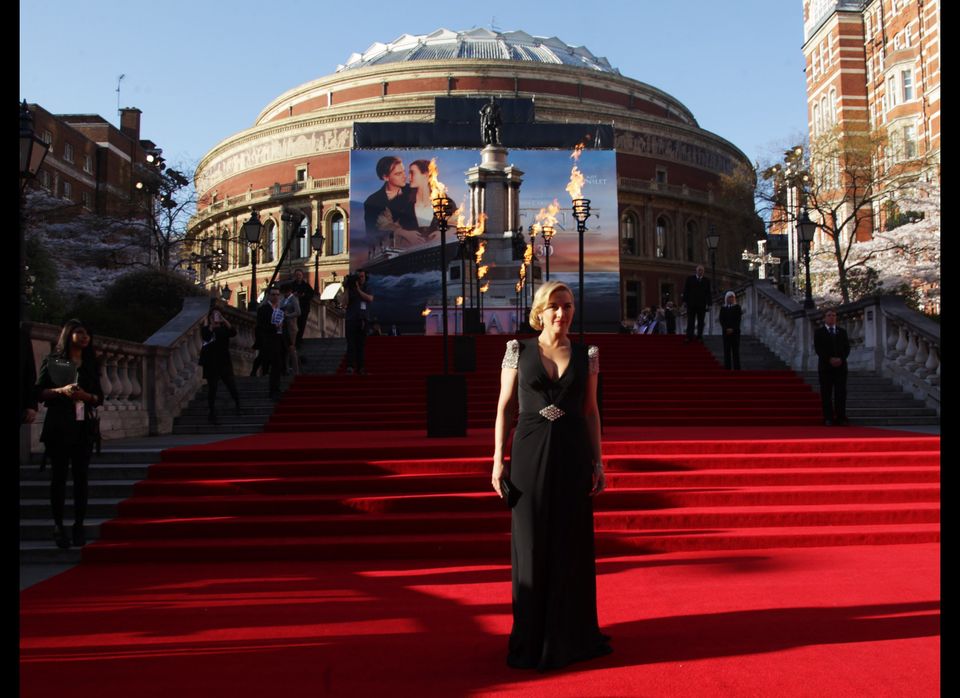