For many people, Valentine's Day means curling up with some of the greatest romantic movies of all-time and having a good cry. Which basically means you're probably going to watch "Titanic" at some point during the next 24 hours, and relive the doomed romance of Jack and Rose. Those crazy kids would have made it -- if it weren't for that damned iceberg!

If you foolishly don't have a copy of "Titanic" within arm's reach at the moment, don't worry: Paramount is set to re-release the biggest romance of all-time this April for a limited 3D run. Even better? In honor of Valentine's Day, the studio will screen "Titanic" in 3D at select theaters tonight, where fans can enter for a chance to win a trip to the 3D premiere. For details and to enter, head over to the "Titanic" Facebook page. For more on "Titanic 3D," check out the official website.

After all, you said you'd never let go for a reason.

Enjoy an exclusive look at the "Titanic 3D" poster below; check back to Moviefone on Wednesday for a full report from the "Titanic" Valentine's Day screenings. 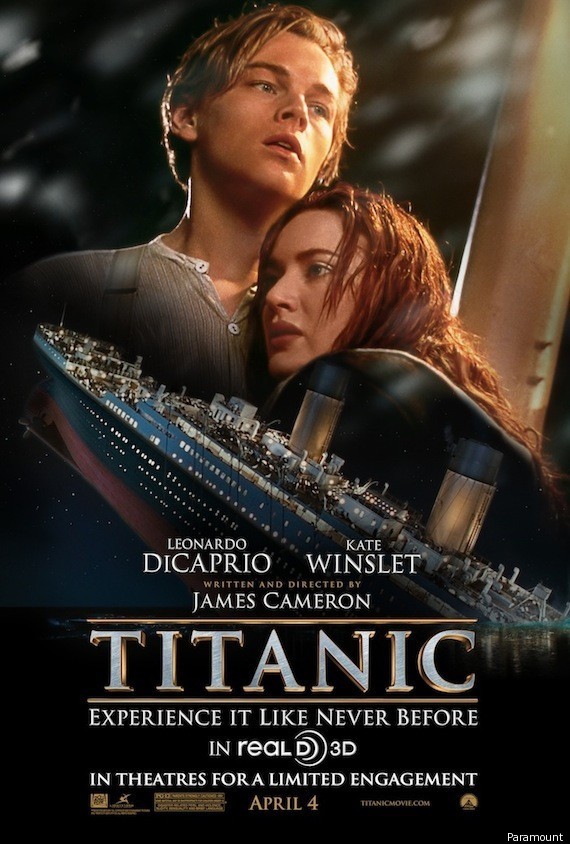