On the last day aboard the doomed Titanic, first-class passengers about to enjoy lunch were offered items such as Eggs Argenteuil, Chicken a la Maryland and fillets of brill.

A description on the auctioneers' site says the menu was given to first class passenger Dr. Washington Dodge. His wife, Ruth, put it in her handbag, according to the Telegraph.

The Dodge's survived the sinking of the massive ship, which resulted in the deaths of 1,517 people. Once she made it safely to shore on a lifeboat, Mrs. Dodge gave her account of what happened.

"I will never forget," she said, according to Henry Aldridge and Son Auctioneers' website, "the awful scene of the great steamer as we drew away. From the upper rails heroic husbands and fathers were waving and throwing kisses to their womenfolk in the receding lifeboats."

Check out a photo of the historic menu below. 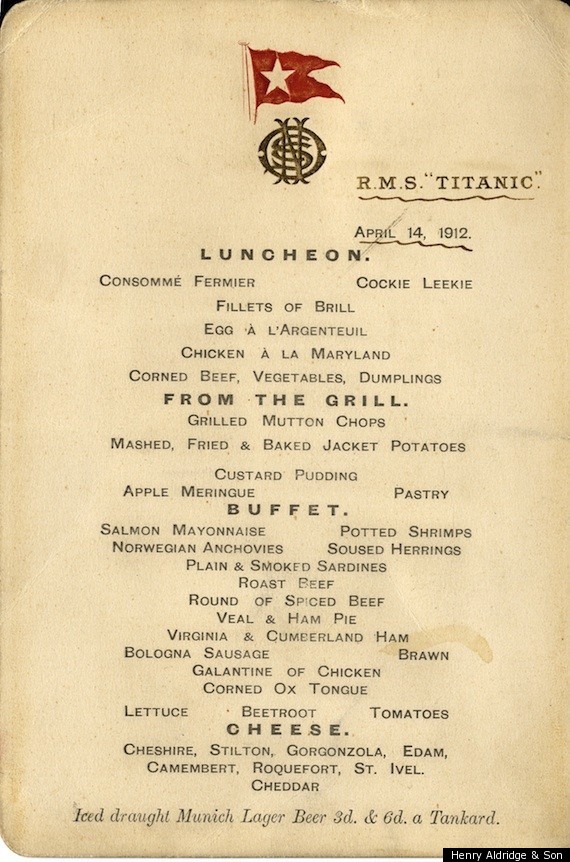