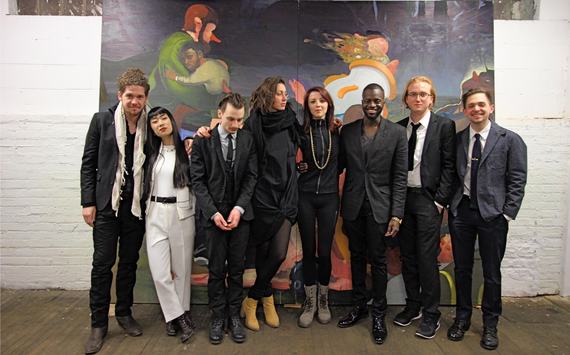 On February 13th, Chicago's guerilla curator Claire Molek revealed her latest show "Seven Over Seven" in a 5000 square feet converted factory space on Chicago's far west side. It was an unlikely location for an art show -- a neighborhood where commercial space is primarily razor wire enclosed liquor stores and check cashing stores -- but well over 200 hundred people made the trek out west, creating a vibrant event that included 20-something cool kids and 60-something collectors and other veterans of the Chicago art scene. 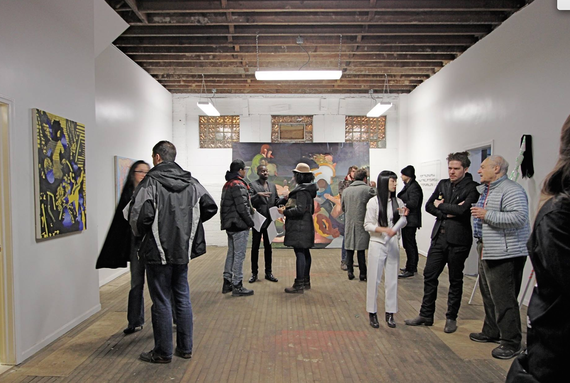 Ms Molek doesn't curate shows so much as she curates a movement, and this event had the hallmarks of that movement. The introductory essay for the show gave no analysis of the work, but extolled the hard work and love that went into the pieces. (It strikes me that Ms Molek would find too much explanation and theory as pompous and that is the opposite of what was on display here.) Ms Molek ended the invite with "you are invited here because I love you". The invitation read between the lines showed Ms Molek's vision of a nascent Chicago art scene unencumbered by art dogma, ideology and most importantly gatekeepers. Ms Molek see's herself as a caretaker which she says in the introductory essay is the original meaning of curator. As in the past the artists she featured are young, hard-working to the point of obsession, and had a gift for making the abstract into something sensual. The sensual element made the work accessible and thus subverts the art world model of art for the art knowledgable ; curators, critics, museums and the collectors advised guided and influenced by them. 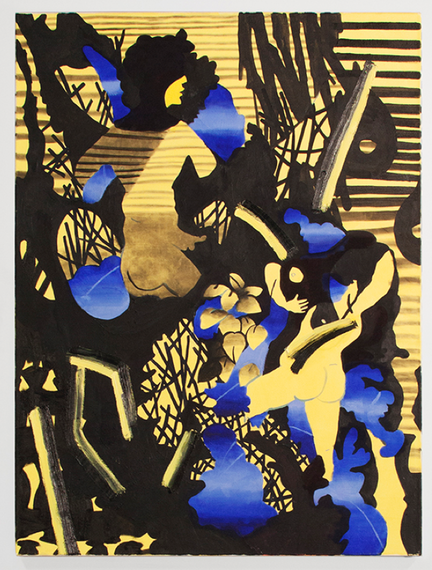 Boy and Woman, by Dan Rizzo-Orr (Photo by Jackie Furtado) 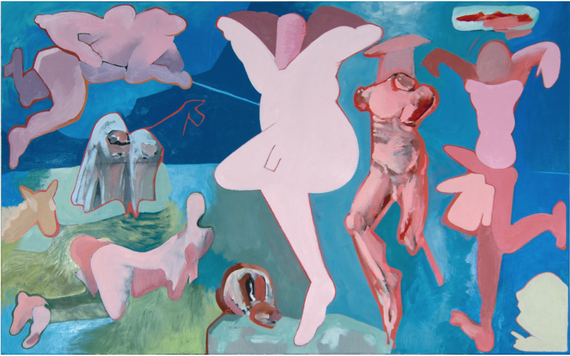 Many of the paintings and installations - in particular those by Nick Nes Knowlton, Kenrick McFarlane, Anders Lindseth and Dan Rizzo-Orr --appropriated themes from classical art. Still, you did not need to know the referenced work in order to be provoked or enjoy the experience. Other works, for example the tapestries and textile-like paintings by Mika Horibuchi and the beautiful paper installation by Valentina Zamfirescu and the totem sculptures by Ellis von Sternberg offered such sensually presented material that it was difficult not to touch. 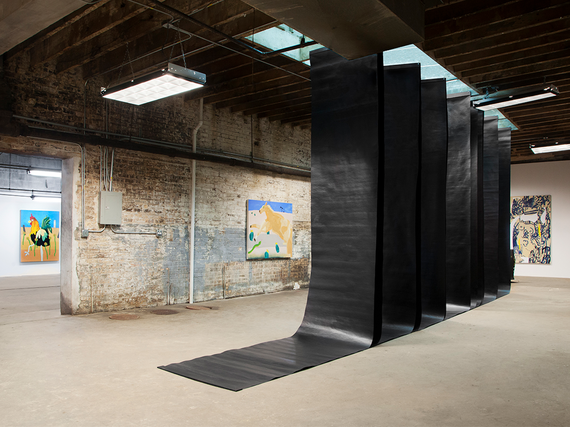 There was something unsettling yet comforting in the air in this warehouse - a repudiation of the established order, an anarchic whiff of things to come, an unintentional indictment of the often large scale art built for tech and hedge fund billionaire's oversized homes. It was a return of art for the people: accessible, sensual, and affordable. Art for people. How revolutionary. It was a new day. 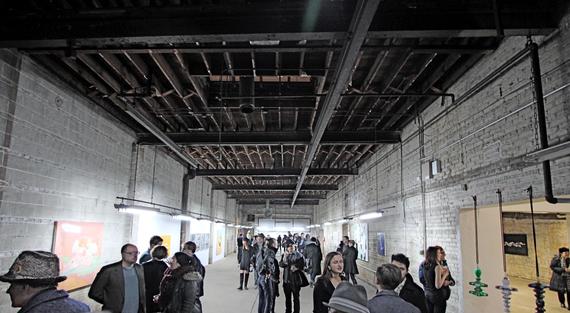 The closing reception is to be held on March 6th at 7pm and is free of charge and open to everyone. Where: Silent Funny, 5,000 square foot space at 4106 W Chicago Avenue. Your best bet for transportation is taxi or Uber.

You might want to grab some friends and head west. The opening reception was an all night affair with all the artists in the house, plenty of dancing and conversation. Still you might have to put up with mingling with and art collectors from far flung places like Berlin, New York and even Hong Kong. Don't be fooled this art is for everyone. 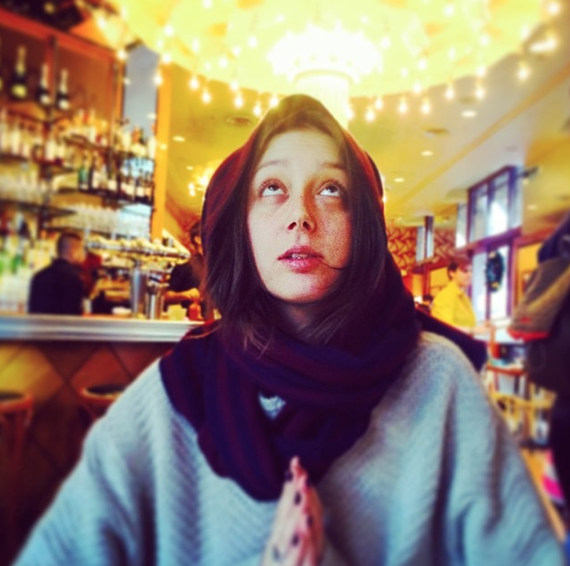 The show will be up till midnight March 6th everyday by appointment
contact: Claire Molek, clairemolek@gmail.com / +17737097848
Instagram @ClaireMolek and FB For more information got to:
clairemolek.com/seven-over-seven