To see the Los Angeles premiere of [title of show] at the Celebration Theatre on Thursday night was not only rousing great fun but also makes you marvel that scripts even make it to the stage in the first place.

With music and lyrics by Jeff Bowen, book by Hunter Bell, and directed by Michael A. Shepperd, it was a self-conscious, cleverly conceived production. One of the characters described it as a musical about writing a musical about writing a musical. It was, and it's not as oblique and dreary as it might sound. Nor is the bracketed lack of title a fey attempt at cleverness or irony. To a packed house the production issued not just humor and creative angst (funny for us, not so funny for them) but a story that documents the expectancy and joy of the creative process of insemination, birth, and afterbirth of a musical's script. There was a stir in the audience brought about in part by snappy dialogue, the perfect timing that sustained it, and well-performed musical numbers. Really, though, what accounted for the buzz was a production that felt so true, so genuine that audience members (and even one critic) saw this as something universal, a metaphor for the stakes involved in devoting one's life to a cause, screw the lack of remuneration. 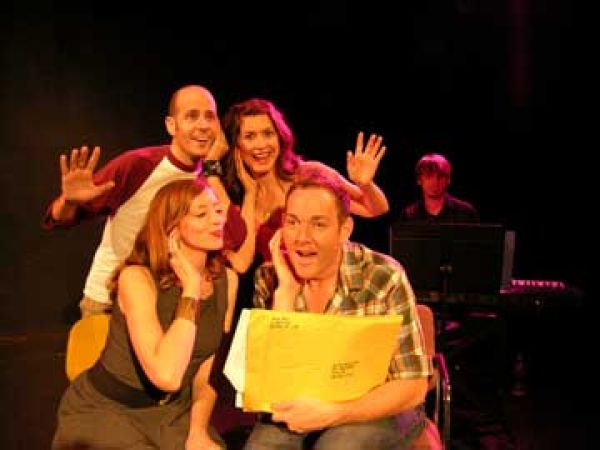 The particular strength of the performance rests upon a sense of hope, of which there was an abundance at the start, before anything had been written and the project was an embryonic glean in the eyes of Jeffrey Landman's Jeff and Micah McCain's Hunter. It was this enthusiasm that each actor projected via constant phone calls and ebullient if not chaotic brainstorming sessions with Susan (Jennifer R. Blake) and Heidi (Cindy Sciacca, understudy that evening for Carey Peters) that made the pace like the intense rush from chain smoking. 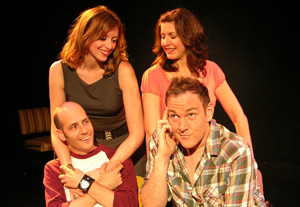 The production skipped along with nervous energy, which got channeled into physical humor, some very funny exchanges, some nail-biting moments of waiting, songs that seemed to emerge out of nowhere and, in general, a sense that, if this was a war against mediocrity, then damn the torpedoes, full speed ahead. 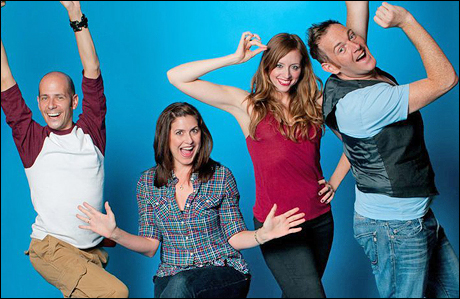 The evening bristled with meta-narratives that were hilariously self-referential. The script-within-a-script documented each line of dialogue, from the hashing out of the script to the dealing with producers. It literally wrote itself. As a result, each detail, picayune or tragic, was there, a laundry list of what goes into the creation of a work of art. "Why didn't you give the take out order-taker your real address?" "Because I didn't want my home address in the script." And "Why, Susan, are you so quiet?" "Because I didn't have a line until just now." In an outrageous scene, the two women conspire to hijack a Blank Page. This winging it, of course, led to the obvious problem - how to end a story in which the script is live? Needless to say, the production concluded in a exhilarating manner.

The audience's anticipation was met with four stellar performances. It was as if Mr. Shepperd granted the cast unbridled freedom to act each role as if he and she were not so much performing but actually going through the very process of writing, casting, submitting the piece and then dealing with the consequences. Ms. Blake's sweetly wacky Susan, whose upbeat personality so wonderfully unfurled at the beginning, was not torpedoed at the end by those damn slings and arrows required to go that extra mile. Ms. Sciacca's perfectly punchy Heidi deftly navigated between a mediocre but sure thing or a tenuous but high upside Pipe Dream. And the way Mr. Landman's Jeff and Mr. McCain's Hunter gave us amusing and effective Felix Unger and Oscar Madison characterizations of a collaborative team crafting a script, forging a team, and melding disparate personalities into a glorious whole was nothing short of miraculous. 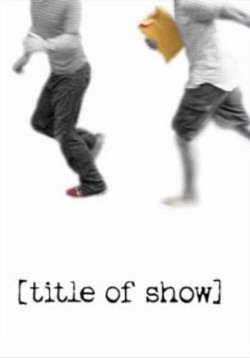 Performances are 8pm, Thursday - Saturday, 3pm, Sunday. The show runs until September 11. Tickets are $15. The Theatre is located at 7051B Santa Monica Boulevard. For more information call (323) 957-1884 or visit www.celebrationtheatre.com.