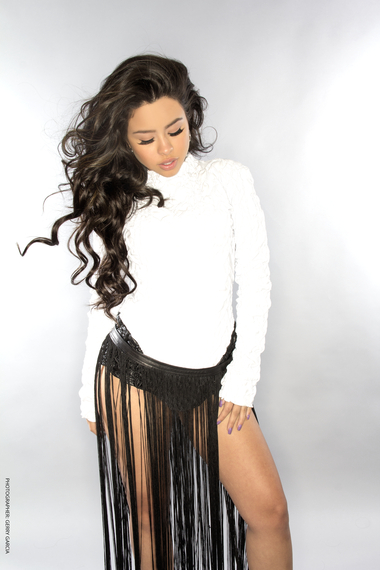 Barely old enough to drink, singer-actor Cierra Ramirez is poised to take the stage in global fashion with an urban/pop EP release June 20, coinciding with the fourth season premiere of the TV series in which she stars. Delivering instinct-driven performances as one of the kids in Freeform Television Network's "The Fosters," Ramirez brings the same gutsy flair to her debut EP "Discreet." 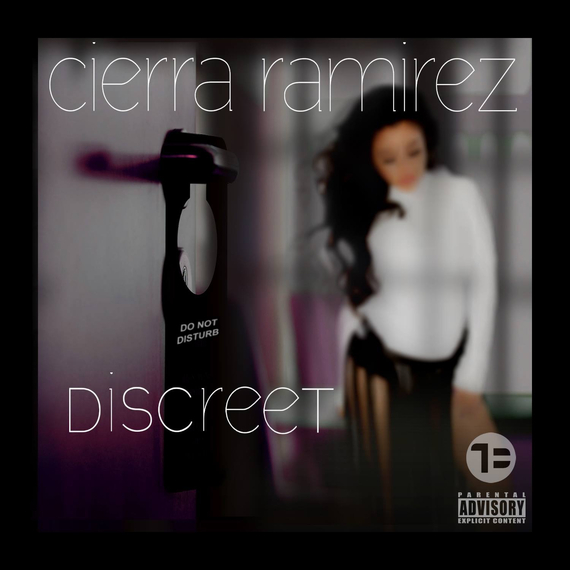 In a telephone interview, Ramirez sounds every bit the suburban Houston girl with good manners, standard diction, and a presumed tendency to blush at mature subject matter. But don't be fooled. The diminutive dynamo is not 'discreet' when the job calls for florid expression both on screen and at the mic. She gives all - and so convincingly, you're never sure which flavor of cute-and-hot is baseline Cierra Ramirez.

"I get to play different characters with these songs and kind of bring out my sassy side," said Ramirez, aka 'Miss Thang.' "As different as singing and acting are to me, [the process] is similar in the sense of the emotions and everything - getting into a song and believing in the lyrics. It's kind of like getting into a script." Playing one of the adopted children of a lesbian couple on TV is just one of a host of creative risks that have worked out well for her. 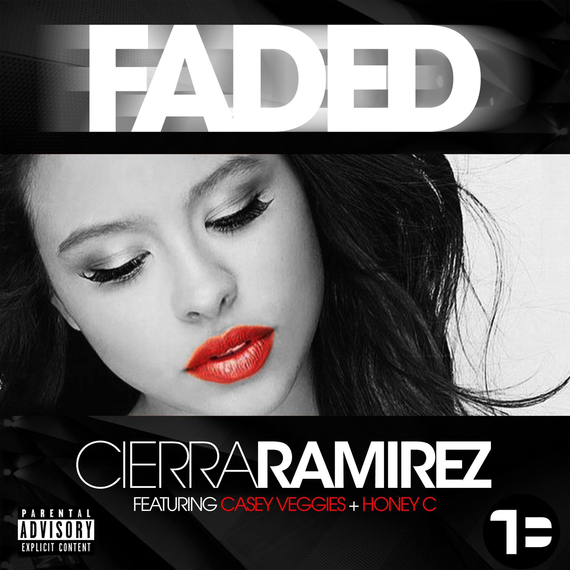 The first radio single on the six-track EP is entitled "Faded" and features Epic Records recording artist Casey Veggies and Honey C of radio brand "Young California." So authentic are her characterizations, "Faded" suggests that the Mexi-Colombian Texan was weened on Nicki Minaj and Louis Vuitton hoodies.

The point is that Ramirez is not monovocal. She even experienced an occupational hazard from her talent for shapeshifting. Returning to school after a summer of work in Hollywood depicting certain personalities, she found classmates avoiding her for fear of the character she had played.

But that's an anomaly. The precocious singer-turned-actress-turned-singer has garnered more than a million followers on Instagram with that popularity indicator logging 5-6k new followers per week. When the TV show is airing, her numbers jump to 8-11k, peaking at around 15k new lookers each week.

As a child, Ramirez would stage little spectacles at home for anyone from visiting relatives to the postman. Her sister and "best friend" Savannah was right there with her, so it's no wonder the younger Ramirez is pursuing a career in make-up and special effects.

The drive to perform started in early childhood with hometown singing competitions, landing Ramirez an agent. Thomas Richards is still with her today, along with a music team consisting of her New York indie label Tribeca Music Group and her father.

The musical influence of the Colombia-born patriarch made an impression on his household early on, Ramirez said, remembering songs by Etta James and Patsy Cline. Naturally affected by the likes of Britney Spears, Beyoncé and other pop artists of her youth, her own singular panache emerged from the mix.

The EP project has been a year in the making with Executive Producer DJ Carisma, on-air personality for Young California on LA's hip hop/R&B radio Real 92.3, who was granted the title "Female DJ of the Year" at the Global Spin Awards last fall. She said of the rising star:

"A lot of artists and projects get presented to me, but Cierra has that something special that I knew my listeners would react to. We cut some great records and Cierra slayed on the vocals and shines in the video. Young California welcomes a new 'Young Queen.'"

Pre-orders for the album started this month along with a Cierra Ramirez merchandise line featuring the pet name she uses for her fans: "BooThang."

But even the teaser on her website doesn't begin to unpack the machine Ramirez is building. The high-profile network series executive produced by Jennifer Lopez is no small thang on its own. But there's also a Lionsgate's 2012 release of "Girl in Progress" to boast, starring Eva Mendes and Matthew Modine, for which Ramirez was awarded both the ALMA and Imagen Awards for "Best Supporting Actress in a Feature Film."

It's hard to fathom how Ramirez has configured her calendar to act, go to school, and start a music career with known quantities. Yet there it is. Follow-up singles include performances by Atlantic Records superstar singer/rapper TyDolla$ign and young social media sensation Dylan Holland.

"We're excited to partner with Tribeca Music on Cierra's debut EP. She's built a tremendous brand as a successful actress, and EMPIRE is excited to help her to do the same as a recording artist. Cierra is super-talented and exactly the kind of mainstream artist that we can help take all the way."

For Ramirez, "all the way" means more dance. She expects her videos to benefit much from the choreography of Chris Downey, and she hopes an LP and House of Blues tour are on the near horizon.

Ambitious, assertive, professional and fearless, Ramirez rockets into orbit self-propelled. But at the end of the day, she's that girl from Sugarland, Texas, who credits it all to the support of her family. "They sacrificed everything in order for me to live my dream."