"The Jerome Project" began in 2011, when artist Titus Kaphar was researching his father Jerome's prison records. Kaphar, who was born in Kalamazoo, Michigan, and currently lives between New York and Connecticut, creates artwork that, both aesthetically and thematically, sews together past and present in a rough and sometimes violent reworking of history. When looking into his father's history, he was surprised to find 99 men, also incarcerated, who shared his father's first and last names.

And just like that, the project was born. The series consists of oil portraits of the various Jeromes, based on their mug shots, juxtaposed against gold leaf, a nod to Byzantine paintings. Each face is partially submerged in tar, with the amount of tar vaguely corresponding to the amount of time the subject spent in prison. The tar also restores some privacy to the faces that was long denied them, while simultaneously alluding to the way their reputations were ruined as a result of their incarceration. The paintings appear both like royal portraits and long lost images drowning in garbage and gunk, the subjects' mouths no longer able to communicate while the eyes speak volumes. 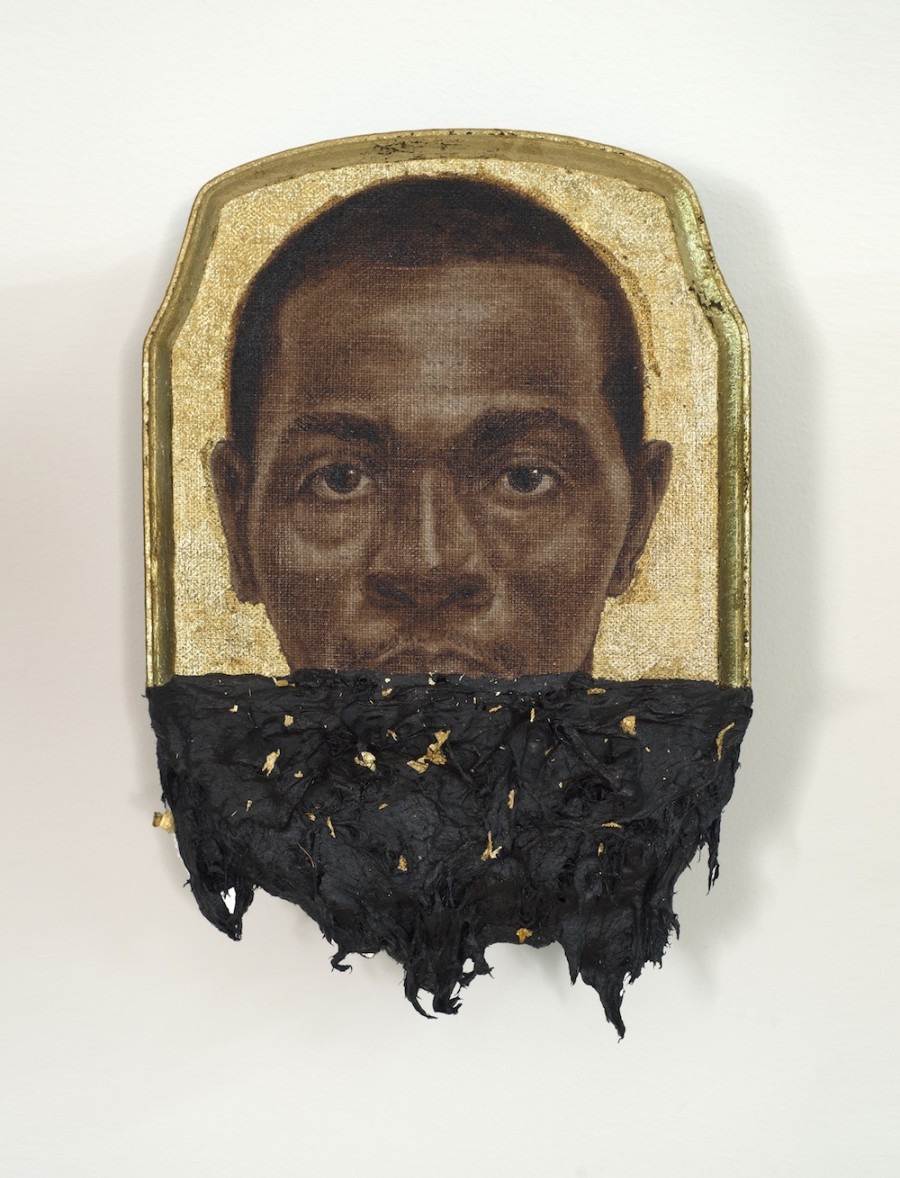 "What is the impact of our criminal justice system on our conception of democracy itself?" Kaphar asked in an interview with Hyperallergic. "What does it imply about us that we so easily strip the freedoms of our citizens of the values that we hold most sacred as a nation?"

Though the project was embarked upon years ago, its recent showing at the Studio Museum in Harlem illuminated its correlation with recent current events involving police killings of unarmed persons like Eric Garner and Michael Brown. However, to Kaphar, the project isn't historical or contemporary, but, sadly enough, continually relevant. "To some degree, all of my work is affected by current events, even the pieces that speak directly to historical moments," he explained in an earlier interview with The Huffington Post Arts.

"I think history is kind of like a sometimes visible, sometimes invisible armature on which the present is constructed. All history becomes interesting when we can see how the past affects our present. There’s a piece in the 24th street space that speaks to this. The Black Power movement of the 1960s was symbolized by a closed black fist. I’m struck by how the current movement of resistance is symbolized by two raised, open hands. In the painting 1968/2014 the simple act of placing these contrasting gestures side by side reminds me that history doesn’t remain in the past." 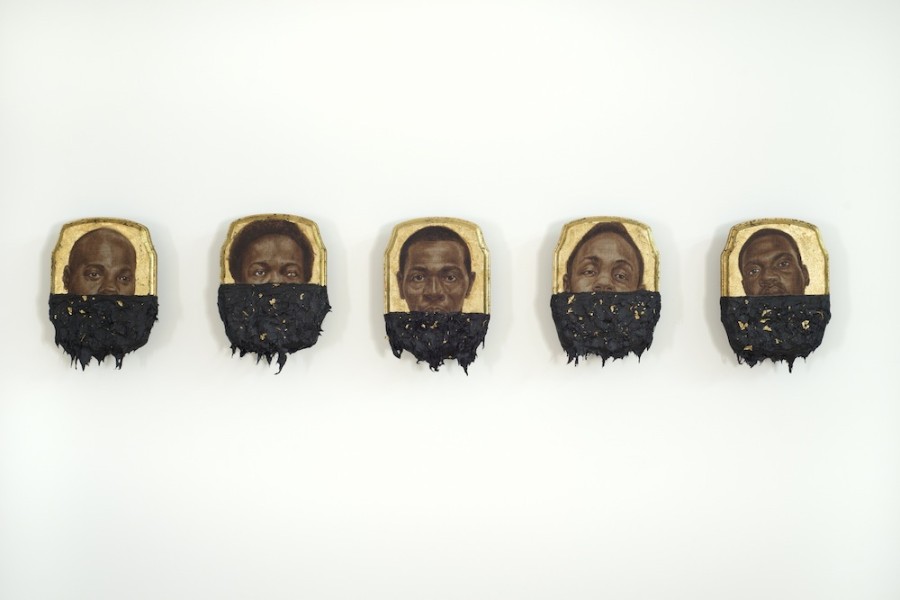 In 2014, Kaphar began a continuation of the series titled "Asphalt and Chalk," in which he drew multiple Jeromes with chalk on asphalt paper, layering their faces until they bled together beyond recognition. He started the works after feeling the Jerome Project was not over, and slowly realized it may never be. "Although it may sound like hyperbole, because of the personal nature of the Jerome Project, I’ve been dealing with this body of work for most of my life," he told The Huffington Post.

"The more I understand the criminal justice related issues that the Jerome Project highlights, the more I believe pessimistically that these are issues that our country will be addressing for some time. I don’t know what my response will be to it in the future, but I plan to continue the investigation." Perhaps one day Kaphar's project will no longer be so achingly pertinent to today's current events, but until then, his artwork aptly communicates what is sometimes too devastating to put in words.

See a preview of the Jerome Project below and continue reading for more of Kaphar's striking work, on view earlier this year at Jack Shainman Gallery in New York.