Walmart isn’t the only retailer bumping its minimum wage to $9 an hour.

T.J. Maxx, Marshalls and other department stores owned by TJX Companies said Wednesday that they would increase pay for their lowest-paid workers to $9 an hour in June. The move comes six days after the world’s biggest retailer announced a similar raise for its employees.

Like Walmart, T.J. Maxx will bump pay to $10 an hour next year for workers who have been there at least six months.

Economists said Walmart's decision to give raises to about a third of its 1.4 million employees would put pressure on other low-wage employers to do the same. 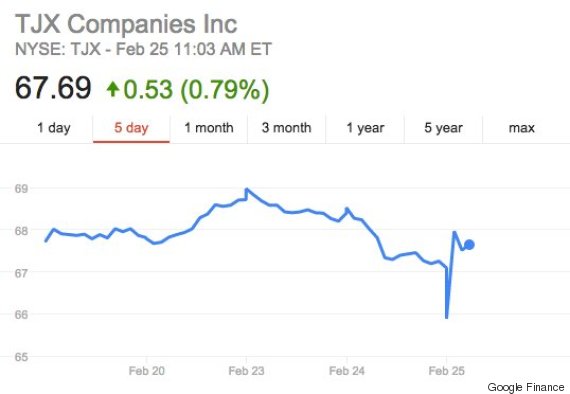 Walmart stock fell nearly 3 percent after the company announced it was raising wages for its employees, but traders seem to be more welcoming to TJX's news.

One group of sales associates at T.J. Maxx, the company’s flagship store, have average earnings of $7.98 per hour, according to data submitted by workers to Glassdoor, a site that tracks wages and working conditions.

Retailers and fast-food companies have come under heightened pressure from employees and worker groups to increase their baseline pay as Congress has stalled any efforts to raise the federal minimum wage, which stands at a paltry $7.25.