World Wrestling Entertainment has launched few young competitors in grander style than Drew Galloway. When company Chairman Vince McMahon introduced the grappler then known as "Drew McIntyre" to television audiences in 2009, he declared the Scotsman a "future World champion."

Though his run with with WWE did include championship success, Galloway never lived to McMahon's lofty predictions. Looking back on the experience, though he "thrived on the pressure," the star confesses he was not yet prepared to be "The Chosen One."

"At that time, I wasn't ready," admitted Galloway during a recent telephone interview. "In-ring wise, I was, but mentally I wasn't." 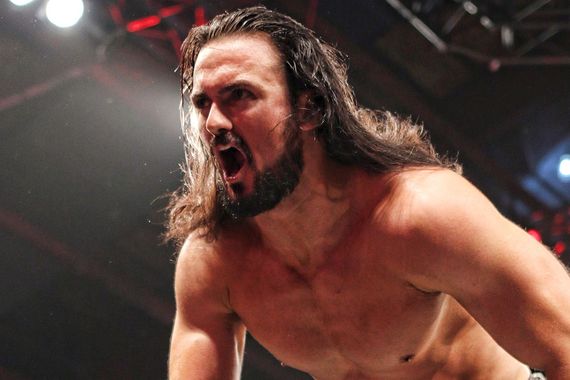 
Since entering Total Nonstop Action Wrestling in January 2015, however, it's been a different story. From battling bullies running roughshod through the roster to defending against a hostile corporate takeover by rival promotion Global Force Wrestling, Galloway has played a key role on TNA's weekly IMPACT broadcasts.

In less than a year with the company, Galloway is a bona fide marquee player. TNA management has "trusted" him enough to "give [him] the ball," he said, and this time he plans to side-step the pitfalls of his past.

"Now I'm ready in every possible way," insisted Galloway of his push toward the company's top tier. "I just turned 30, but I feel like I've been doing this forever."

In large part, that's because he practically has. At just 15, Galloway started training for a career in the squared circle. By 20, he left Scotland to win professional wrestling titles in Ireland and Great Britain. He soon caught the eye of WWE officials.

Before long, Galloway was trying his hand in Ohio Valley Wrestling and conquering Florida Championship Wrestling (now WWE's NXT). The jump to the big time came soon after, including his historic WWE run as "The Chosen One."

"That is something Vince will never do again, and it's something that will live in history forever -- that I was 'The Chosen One,'" Galloway reflected. "It's still cool to look back and know I've done that."

During his time with WWE, Galloway claimed the coveted Intercontinental title. He even enjoyed a run with the World tag team belts. Still, he never quite broke into the upper echelon of WWE. 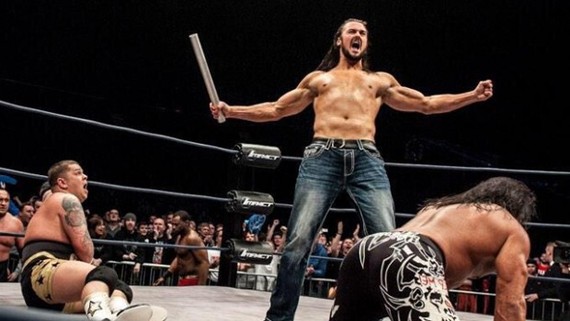 In TNA, however, he's accomplished in just eight months what he couldn't do in eight years with the competition. On a recent episode of IMPACT Wrestling, airing Wednesdays on cable's Destination America network, Galloway was named the No. 1 contender to TNA World champion Ethan Carter, III.

Like Galloway, Carter -- under the ring name Derrick Batemen -- went under-utilized during a much briefer stint with WWE. Since joining TNA nearly two years ago as "EC3," though, he's gone without a single pinfall or submission loss. He defeated a string of pro wrestling legends like multiple-time World champion and Olympic gold medalist Kurt Angle, current WWE superstar "The Icon" Sting and more en route to claiming the TNA title.

"EC3 is somebody that not only have [TNA officials] done right with, he has done right," said Galloway of the champ. "They've presented him with opportunities, and he knocks it out every time. He's so, so good."

However, place your bets on Hardy being involved for other storyline means -- namely continuing TNA's build of the Galloway/EC3 rivalry. What better way to heighten tension between these two budding superstars than placing the title on Galloway via victory over Hardy, allowing EC3's "unpinned, un-submitted" streak to remain in-tact?

"We both want to work with each other; we talk about it all the time," said Galloway, explaining why this could be a career-defining feud for both wrestlers. "The fans talk about it to both of us on social media all the time.

"As far as I'm concerned, that's an angle promo-wise and in-ring wise which will get more attention on TNA," he continued. "We both love wrestling. We're passionate about what we do. We're perfect fodder for each other and giving 100% to make it work."

Though it has yet to be seen, all signs indicate Galloway is poised to be called "The Chosen One" for a second time in his career. And this go 'round, he could finally make good on McMahon's long-ago assertion he's a "future World champ."

"When I'm given the chance again, like I am with TNA right now," promised Galloway, "I will knock it out of the park."