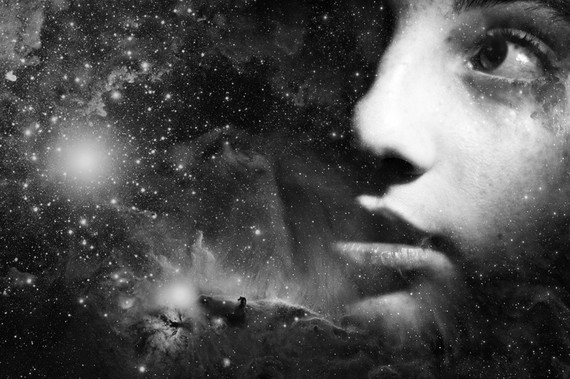 The idea that there's a moral imperative for humans to expand beyond Earth is echoed by influential proponents of space exploration. Tamara Craiu/Flickr, CC BY-NC-ND

How should we understand the idea of the frontier in the contemporary world, with spacecraft sailing beyond the solar system and quantum computing taking us deeper into the heart of matter?

Many view human evolution as a continual expansion into new territories, from out-of-Africa to the "high frontier" of space. Frontiers, then, are associated with exploration, conquest, and struggles against hostile nature.

They can be seen as a challenge to solve with technology, going hand-in-hand with human progress. But the concept also comes with a lot of baggage.

From stone age to space age?

Once upon a time, the story goes, the world was full of space for humans to expand into. The genus Homo radiated out from temperate Africa, colonising the tundras of Ice Age Europe, and the continents and islands of Asia and Australasia.

As the climate warmed from 12,000 years ago, populations increased and people with domesticated animals and crops expanded further, turning forests into fields along the way.

On one side of the frontier was tame "culture"; on the other wild "nature". Humans proved tremendously successful at adapting to these new environments using technologies such as fire, stone tools and metallurgy.

By the 20th century, technology had enabled humans to move beyond the narrow band of pressure and temperature where our bodies had evolved, to explore the deep sea, the Earth's poles, and outer space. Special suits and vehicles enabled travel to these remote places where life at the extremes promised revelations about our place in the universe.

This story is captured well in a famous scene from the 1968 film 2001: A Space Odyssey in which a bone tool, flung into the sky by an ancestral being, is transformed into an Earth-orbiting spacecraft.

The other side of the frontier

What's often left out of this popular narrative is the perspective of those on the other side of the frontier. Consider colonial expansion from the 15th century onwards, when European nations sent ships to the southern hemisphere in search of new resources.

European invaders painted Indigenous people as Stone Age "savages" and cast themselves as the pinnacle of human evolution, entitled to lay claim to terra incognita and terra nullius.

The conquest of frontiers in the American West, the Australian outback, South America and numerous other places, was often brutal and bloody. The expanding front didn't bring "civilisation" to supposedly benighted people; the result was rather genocide, disease, environmental degradation, alienation and poverty.

Utopia did not lie waiting in the New World.

Yet, despite the weight of historical evidence, people continue to assume that new frontiers beyond the Earth can provide refuge from old injustices perpetuated on this planet.

Panspermia and the moral imperative

Panspermia is the theory that the universe is filled with life. Micro-organisms and pre-biotic molecules travel on comets and asteroids between the worlds, flourishing when and where conditions are right.

The expansion of life into every available niche is thought to be a natural process that's taken place countless times in this, and other, galaxies. The corollary of this idea is that enabling the spread of human life throughout the universe is justified.

To date, evidence that micro-organisms can survive journeys in space, even if encased in meteoroids, is scant. Critics also point out that the theory merely delays the real question, which is how life started.

While the panspermia theory is controversial, the idea that there's a moral imperative for humans to expand beyond Earth is echoed by influential proponents of space exploration.

Consider these thoughts) from American science fiction writer Ray Bradbury, from his 1971 conversation with Carl Sagan, and Arthur C. Clarke, on the eve of NASA's Mariner 9 spacecraft entering orbit around Mars:

What's the use of looking at Mars through a telescope, sitting on panels, writing books, if it isn't to guarantee, not just the survival of mankind, but mankind surviving forever!

And here's space-travel advocate, Marshall Savage in his 1992 book The Millennial Project: Colonising the Galaxy in Eight Easy Steps:

We need to rupture the barriers that confine us to the land mass of a single planet. By breaking out, we can assure our survival and the continuation of Life.

Such views are increasingly attracting trenchant criticism, as scholars "decolonise" knowledge and expose how the simple narrative of frontier expansion obscures the cause of terrestrial inequalities.

Islands of the interior

Perhaps the frontiers to be conquered in the 21st century are not spatial, but virtual.

Rapid advances in computing technology and data storage have renewed speculation about the idea, so often described in science fiction, of uploading personalities into a digital environment. Here worlds can be tailored to suit individual or collective taste without environmental impact.

In the 1890s, Russian space pioneer Konstantin Tsiolkovsky hypothesised that living in microgravity (when people and objects appear to be weightless) would eliminate social disparities. Basking in the full energy of the sun, with no need for houses or furniture, everyone would be equal.

While this vision has not been realised, digital habitats seem to offer similar potential. The trappings of status in the "real" world, with all their attendant costs, need only be imagined to come into being; a new body or an elaborate castle are just a matter of coding.

But our experience with cyberspace to date suggests that class, race and gender still structure access to resources. The impacts of colonialism have contributed to a "digital divide" that mirrors the old geopolitical frontiers.

Virtual communities can also be places where the worst of human behaviour is nurtured. Some argue that this is because people don't yet perceive the online environment as "real". Hence they think the social consequences of their aggression cannot be real.

How, then, do we define reality when human interactions and material culture become numbers stored in machines?

It may be that the ultimate frontiers of the future will be boundaries between different levels of engagement with the material world. The "haves" may withdraw into quantum computers, rather than colonising other planets, and leave the "have-nots" to tackle the global unpredictability of the Anthropocene era.

A thirst for the new

If crossing frontiers consistently fails to deliver utopia and instead replicates terrestrial inequalities, is there any cause for optimism?

People on Earth avidly follow the discovery of expolanets (a planet that orbits a star outside our solar system). Witness the frenzy that accompanied the announcement of the potentially-habitable Proxima b in August.

The live exploration of inaccessible ocean landscapes through remote cameras, like those of the US National Oceanic and Atmospheric Administration's research vessel Okeanos Explorer, is equally compelling.

Humans, it seems, have a thirst for escape. We hope that elsewhere - wherever that is - things may be better.

But this particular version of elsewhere has proved to be elusive. In the end, frontiers are not crisp lines on maps, but complex historical processes. As legendary explorer Freya Stark (1893-1993) said, "every frontier is doomed to produce an opposition beyond it".

This, then, is our mission: to reconcile the opposites on the near side, before boldly going further into the beyond.