If you needed to lose weight, what would be most motivating?

You've put on some pounds. I'm not buying you any more clothes until you lose weight.

Let's take a walk after dinner.
I'll let you make the salad.
I love you just the way you are, exactly as you are.


If you needed to learn how to swim, what would be most motivating?

I don't want to hear your crying. Get in the water and swim! Don't be a baby!

I'll be right by your side.
You can do this. If not today, we'll try again tomorrow.
I love you just the way you are, exactly as you are.

If you needed to practice better hygiene, what would be most motivating?

What is that awful smell? It's a wonder you have any friends.

Let's go to the store and pick out some deodorant.
Your hair smells so good when you wash it. I think you should wash it every day.
I love you just the way you are, exactly as you are.

If your table manners needed improvement, what would be most motivating?

You eat like a pig. I cannot stand to watch you eat.

I am trying to put down my fork after each bite; I'd like you to join me.
Thank you for chewing with your mouth closed.
I love you just the way you are, exactly as you are.

If you were a bit clumsy and disorganized, what would motivate you to be more responsible?

Can't you do anything right? You are either losing things or making a mess!

Everyone makes mistakes. That's how we learn.
It's no big deal -- just get a rag and clean it up.
I love you just the way you are, exactly as you are. 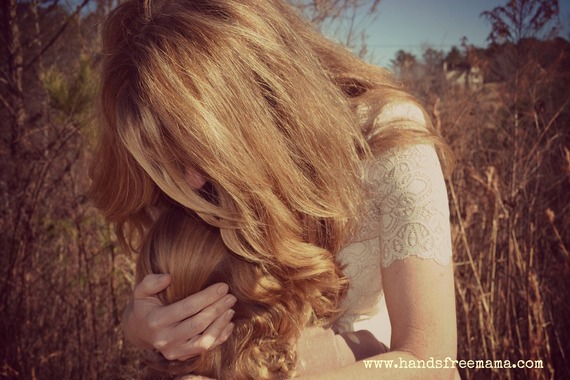 At times in my life I have been overweight, scared to swim, smelly, ill-mannered, and disorganized. During those times, I could have used some encouragement. So when I saw the young boy being told to get out of the pool because he was scared to swim, I cried with him from behind my sunglasses. I saw the disappointment in the man's eyes as he looked at his shivering son hugging his knees to his chest. The man really wanted his boy to learn to swim. He thought reprimanding the boy and ignoring his cries would motivate him to try harder next time.

"Play the song again; you're not trying hard enough."
"Another spill? Are you serious?"
"How many times do I have to tell you to hurry up?"
"All the other kids have learned to ride their bikes. It's high time you did, too."

With every sharply delivered word, with each disapproving glare, with every disappointed shake of my head, that girl got smaller. Less confident. Less capable. Less shiny. And one day, she spoke the words of a defeated soul.

"I just want to be good, Mama," cried the little girl who once loved to strum her beloved instrument. Now she was placing the instrument at her feet, wondering if she should even be strumming at all.

Over time, my constant critiques and exasperated breaths had led her to believe she was no good.

Over time, I'd broken her beautiful spirit -- the one that gave her a unique and radiant light.

Motivating? Not so much.

There was a fine line between helpful adult guidance and using my authority to shame and belittle (under the guise of good intentions). As I crossed that line again and again, my child experienced a harsh reality: No matter what she did, it would never be good enough for me; I could never be pleased.

Motivating? Not so much.

The thought of my child growing up with a parent whose love was based on what she did rather than who she was caused an immediate change in me. I stopped being her rigid taskmaster, and, instead, became her loving encourager...

Rather than harping on every single thing my child did wrong, I saved my guidance for serious issues -- issues that could be potentially dangerous or life-altering.

Rather than forcing her to master a skill at the same rate as her peers, I assured myself that she would be ready in her own time.

I stopped overreacting to kid mishaps and minor incidents and realized she was better at cleaning up after herself without someone breathing down her neck.

If there was a bad habit that needed changing, I led by example. I invited her to join me in healthy habits. I provided tools (like timers and check-off lists) to empower her to become more prompt and responsible without my assistance.

I celebrated her efforts, rather than their outcomes, and strived to speak three times as many positive words as I did negative ones.

Under the wing of Loving Encourager for the past five years, my child has blossomed. Her confidence and self-assurance have grown. She takes risks, and when she fails, it's not the end of the world -- because she knows she can try again. She knows I will love her regardless of what she does or doesn't do. She confides in me when she does something wrong. She loves herself "as is," even though she does things a little differently than most. 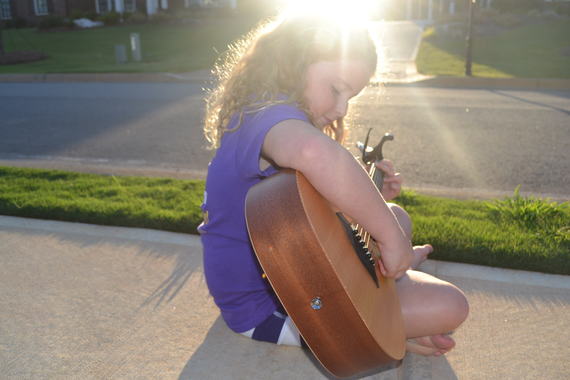 I wish I'd abandoned the role of demanding taskmaster sooner, but I will not dwell on yesterday. Today matters more.

My hope is that by sharing my own painful regrets and life-changing discoveries, I can help someone else see what I see:

If you were a child trying to get through life the best way you knew how, what would be most motivating?

I don't think you'll ever measure up.

I love you just the way you are, exactly as you are.

This post originally appeared on www.handsfreemama.com. Rachel Macy Stafford is the New York Times bestselling author of HANDS FREE MAMA. In her forthcoming book, HANDS FREE LIFE, Rachel reveals nine habits that will help you take the pressure off yourself and your loved ones so you can live more & love more each day. Learn more about HANDS FREE LIFE here.