In a matter of weeks, I'll be stepping away from nearly eight years of working to promote global health.

I hardly knew how absorbed I'd get in this field when I pivoted into it. I've come to believe that U.S. investments in global health represent the best of America, embodying our creativity, our leadership and our generosity.

In an effort to spread my enthusiasm, I've written three pieces on the progress and opportunities I've seen in global health. This first installment responds to a staff member who asked what I thought was the single biggest recent global health success. As you can see, I was unable to choose just one! The following highlights represent just a few of the many global health wins we've experienced in the 21st century.

1. We have cut child mortality in half

In 1990, 10 percent of children around the world died before the age of 5. Today, according to the Bill & Melinda Gates Foundation, that figure has dropped to 5 percent. This means that 6.3 million kids are saved every year, largely through extending the availability of basic health care - including oral rehydration and, especially, vaccines.

According to PATH, vaccines save the lives of 2 to 3 million children every year, and the U.S. government is a leader in immunization activities around the world. The United States provides financial support to Gavi, the Vaccine Alliance, which has funded vaccines for children since 2000. In addition, USAID provides U.S. bilateral assistance to countries across the globe, helping communities introduce new vaccines and making routine immunization services more readily available. 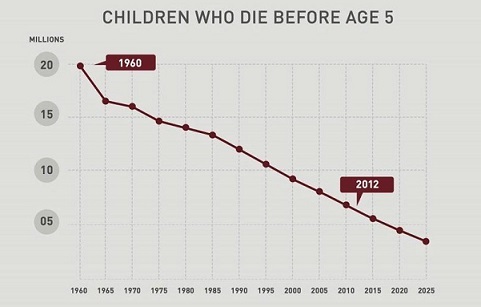 2. We are close to defeating polio

While the only disease fully eradicated in the history of humanity has been smallpox, the global community is on the brink of eliminating polio entirely. There were an estimated 350,000 cases of polio around the world in 1988. We've had six cases to date in 2016, and there are only two countries where polio remains endemic: Afghanistan and Pakistan.

In December, the Global Polio Eradication Initiative announced the continued support by the U.S. government in the fight against polio. The U.S. government included nearly $230 million in its budget for bilateral efforts through USAID and the Centers for Disease Control and Prevention, as well as through public-private partnerships, such as a partnership with Rotary International. 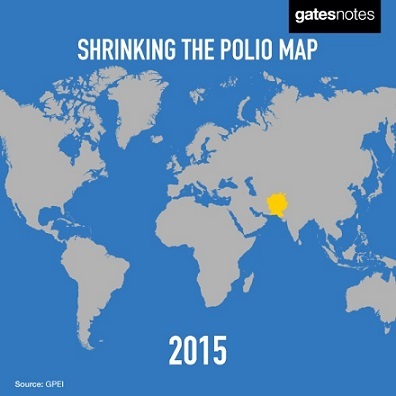 3. We have cut malaria death rates by 60 percent - even as world population grew 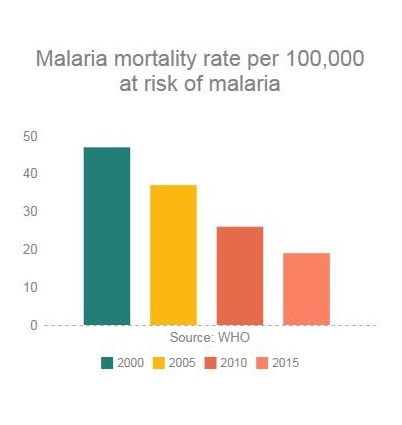 Malaria's footprint on the globe is shrinking. The Global Fund partnership and U.S. government leadership have been crucial components to this success. Together, the Global Fund and the President's Malaria Initiative account for about 75 percent of all funding for global malaria programs.

4. We have proved that early treatment can virtually stop the spread of HIV

A groundbreaking study, funded by the U.S. National Institutes of Health, found that putting people with HIV on antiretroviral treatment as soon as the diagnosis is made reduces transmission of the disease by 96 percent. 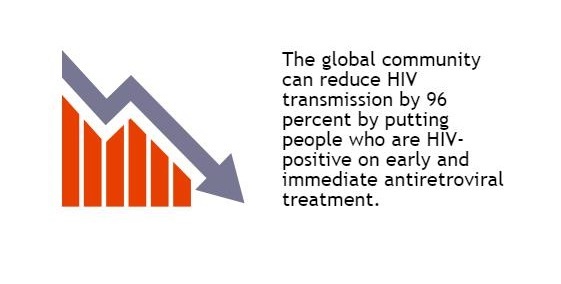 As UNAIDS noted in 2011, this finding is a game changer. Along with other interventions, it allows for the possibility of ending HIV/AIDS as an epidemic within a generation.

Looking ahead to further accomplishments in global health

We face a clear choice today: we can accelerate our work toward ending deadly yet preventable diseases, or we can risk stalling and possibly reversing course on progress to date -- undermining decades of investments in global health.

Given the successes that we've seen and the opportunities ahead, I feel sure that that the United States and the global community will accelerate the fight against common threats to our health, security and well-being.

Millions of lives have already been saved. Just imagine what more might be accomplished.