Veterans Day is over. Phew! Now we won't have to think about vets and war for a whole year.

Which we do easily, except when we're faced with some outrage, like veterans dying from inadequate care at the VA, or the oft-repeated statistic of 22 veterans killing themselves each day, or some vet-goes-postal story of rage turned outward instead of in, usually toward someone he knows or someone he loves or someone who cares for him. 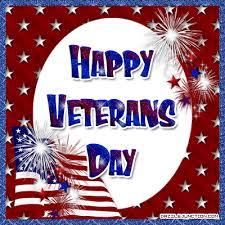 This just-past Veterans Day, like others, was swathed in salutes to "heroes" of distant wars and "victims" of recent ones. But a military affairs reporter at The Tampa Tribune decided to write a story, not about the miseries of veteranhood, but about a retired Navy SEAL who served in Africa, Iraq and Afghanistan, returned to Florida to start a renewable energy company, and functions well in civilian life.

An okay vet probably wasn't all that hard to find. Even with the alarming numbers we hear -- and knowing that those numbers are usually underreported -- statistics show that the majority of veterans do not have PTSD or Traumatic Brain Injury or Military Sexual Trauma. Most veterans of past and ongoing wars do function well enough, or at least as well as most civilians.

So bless the reporter's soul and the SEAL's soul. I appreciate an afterwar story that aims to rebalance the reporting on veterans. At the same time, I wonder if we want our warriors to be untouched by war. Or maybe the question I really want to ask is: If whole countries supposedly go to war, not just their soldiers, what does it say about us that we're fine with letting our soldiers -- about 1 percent of the population -- be the only ones to suffer?

Okay, maybe that's not fair. When we pay attention, we do feel sorry for our veterans, and those who pay attention beyond Veterans Day - doctors, therapists, researchers, family members, other care-givers - are dedicated to ameliorating or limiting that suffering. 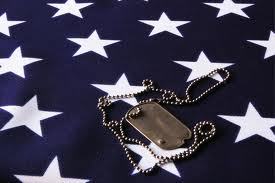 In my book, War Is Not a Game, I write about a small pilot study conducted at Harvard Medical School in 2002, involving the beta-blocking drug, Propranolol. The study suggested that, when administered within hours of a traumatic event, Propranolol could reduce symptoms which lead to chronic PTSD. By stopping the stress hormone adrenaline from flooding the brain, Propranolol blunts its impact, or, in technical terms, interferes with the consolidation of memory. As a potential treatment for PTSD, the drug would cost vastly less than therapy and have a more immediate effect. Within a few years of the study, the Army was funding research into its possible use for soldiers.

"If you could be given a drug that would erase your PTSD, would you take it?" I asked an Iraq veteran who suffered from the affliction.

"I don't know," he answered tentatively. "That would be really tempting."

Tempting and unnerving. Roy Clymer, a psychotherapist consulting with the Defense Department, told me that many veterans say they want to forget what happened -- to which he would reply, "Why would you? It's a valuable experience, both to yourself and society at large." If Propranolol can block the onset of PTSD at the battlefield, it could also be administered prophylactically to soldiers before they're sent to battle to inoculate them against the emotional shock of war. As far as I can tell, that hasn't happened yet, but if it did, what would be the costs, not only to soldiers, but also to a society in which war has little lasting adverse effect on those who fight it?

Healing and moving on probably require some measure of forgetting, or at least not getting stuck in negative experiences, but it seems to me that if we subtract suffering from warriors and war, we're in danger of creating a sizeable group of sociopaths and a society I don't want to live in. And what is gained by robbing soldiers of a moral compass, save a salve to civilian consciences?

Paul Outka, a literature professor considering the ramifications of such drugs, pointed to the relationship between individual and societal healing and noted the important role veterans play in that interaction. "War exists precisely at the intersection between individual and communal suffering," he wrote. By bearing witness to the horror of war, veterans contribute to societal memory and remind us that war is not something to be entered into heedlessly. Summing up the dire warnings about the promise and peril of Propranolol, Outka concluded, "Ultimately, the difficulty of predicting the effect of an end to PTSD arises from the fact that such a cure represents a fundamental change in what it means to be human." 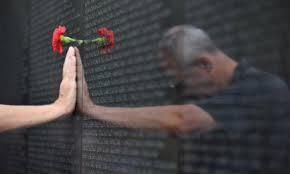 So by all means, let's have Veterans Day stories about okay-feeling veterans. Let's have them year-round. Let's also have the stories of veterans who don't feel okay, not because of what was done to them, but because of what they did to the countries they occupied and the people whose lives they turned upside down, all for reasons that shimmered and shifted like the smile of the Cheshire cat. Absent that reckoning, we'll keep doing the same thing over and over, creating more generations of veterans who suffer, more wars based on false pretexts and promises, and more hypocrisy on Veterans Days to come.