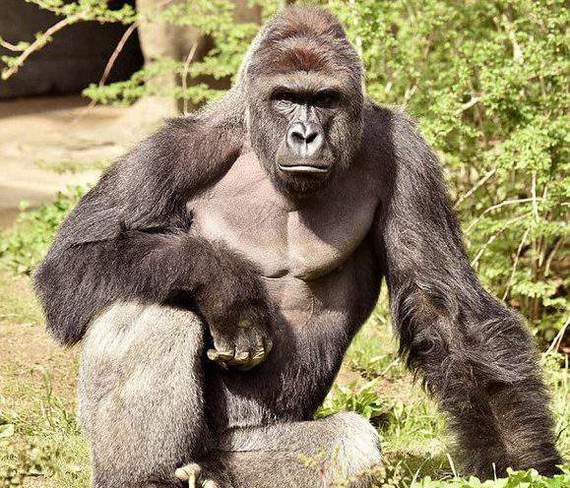 It's every parent's nightmare. You turn your attention away from your child and something terrible happens. As a single father and sole parent of 5 children for the past 20 years, I have had those thoughts many times. And those thoughts don't go away even when they get older. As teens or even at college age, when they are out late and you are unsure of where they are, you fear the worst while praying you taught them well and they are safe.

Michelle Gregg and Deonne Dickerson, parents of a 4 year old boy, had one of those dreaded moments this past Memorial Day weekend at the Cincinnati Zoo. While Michelle was preoccupied taking photos, her boy wandered off, crawled through the bushes and went over a 15ft drop into the lair of Harambe, a 17-year-old western lowland silverback gorilla. You can imagine the drama when bystanders witnessed the fall and Michelle realized what happened. 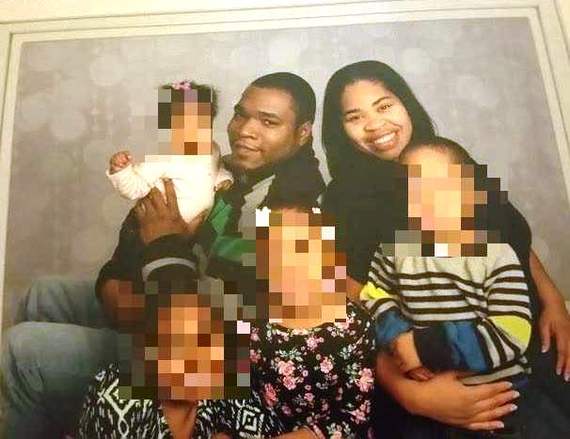 Videos of the incident were recorded by a bystander and posted on social media. They show the 400-pound gorilla grabbing the 4-year-old boy and dragging him through a moat area. He then stops and stands over the boy, before dragging him further into the enclosure. The Cincinnati Zoo staff responded quickly and killed Harambe with a single-shot from long distance. The boy suffered serious but not life-threatening injuries and was released from the hospital.

The reports of the incident quickly went viral. The parents were widely condemned on the Internet. From Twitter:
"this whole thing disgusts me. when will innocent animals stop dying at the hands of negligent parents?"
"So lazy parents can't control their wild kids and a beautiful endangered animal gets shot and killed because of it?"
"It was completely unnecessary to kill Harambe. He was only trying to protect the child which the parents obviously failed to do."

I can recall when my oldest daughter was 3 and her younger brother was one and a half. I was reading "Cat in the Hat" to her on the living room couch and my son was in a walker and zooming around the house. That's a device that holds a toddler standing upright and allows them to propel themselves without having to support their entire weight. I kept hearing a thumping sound behind me, but I didn't look because I was distracted with the book. I suddenly realized that I didn't know where my son was. So I turned around and saw him repeatedly propelling his walker into the lip of the carpet at the top of the stairs to the basement. I had left the door open, lost track of him and it was the thick carpet lip that saved him from tumbling down the stairs and breaking his neck. 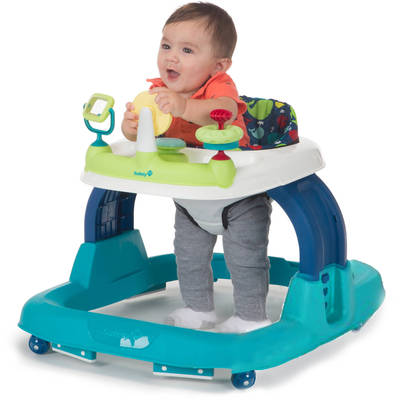 The only difference between me and Michelle is that I was lucky and she was not. Every parent can tell you a story of how their child, on numerous occasions, has missed getting injured by dumb luck. And if they don't admit that, they are either forgetful or dishonest. There is no evidence demonstrating that Michelle and Deonne aren't good parents. They made an honest mistake that every parent has made - not watching your child 100% of the time.

There can be plenty of blame to hand out for this incident at the Cincinnati Zoo. Certainly Michelle did lose track of her young son, bystanders didn't react fast enough, and the zoo has a design issue with the gorilla area. Combine all three and you can have a bad accident. And not every accident can be anticipated or prevented.

The part that bothers me most about this incident is that, to many people, a gorilla's life seems to hold more value than a child's. If the gorilla had killed the boy, I'll bet the story wouldn't have gone viral and there would be a significantly less amount of attention or even condemnation of the parents. I have seen this trend frequently in today's society, where an animal's life seems to hold more value than a human's. This can be seen every day on Facebook where there are frequent stories about animals being abused. When was the last time you saw a Facebook post about an abused or neglected child?

I am thrilled that the child survived this accident and his mother and father don't have to live a life of sorrow and regret - since no parent ever recovers from the loss of a child. I'd gladly sacrifice an animal every time to save a child - and I'll have no regrets about it.