Co-authored by Carl Safina, Author and host, 'Saving the Ocean' on PBS 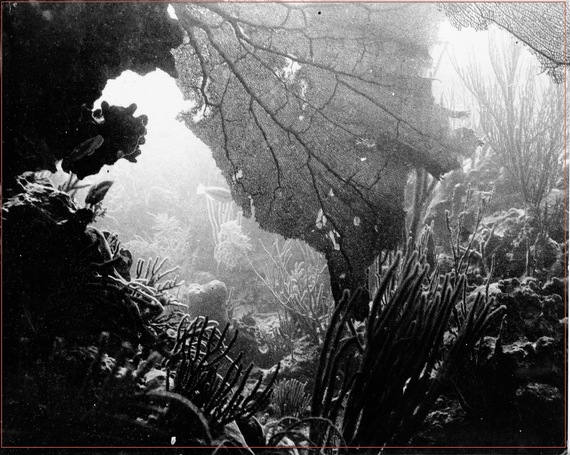 Why should we curb ocean pollution, stop overfishing, prevent invasive species and save coral reefs?

Because the next wonder drug in the battle against some of our most insidious diseases, such as cancer or Alzheimer's, may be lurking just beneath the waves!

The ocean covers nearly three-quarters of our planet and provides billions of people with a critical source of protein along with hundreds of millions of jobs and billions of dollars in economic revenue. The ocean is part of the Earth's life support system, producing oxygen while absorbing carbon dioxide and heat. Simply put, our quality of life on the planet is inherently connected to the sea! And you've probably heard all of that before. Still not convinced?

Well, how about this: The ocean, in fact, may be the greatest reservoir of new, effective and as of yet, undiscovered pharmaceuticals. Already, there are eight approved drugs derived from marine chemicals that are being used to fight cancer, pain, viruses and inflammation. Another twelve compounds are in clinical trials with many more in the preclinical phase, these look to combat cancer, Alzheimer's, viruses, asthma and to promote wound healing. And we've only explored some five percent of the ocean!

Why is the sea such a hotbed for potential drug discovery? Numerous organisms in the ocean lack big teeth or the ability to swim away from predators; instead they use chemicals for defense. Marine-derived compounds are also used to regulate bodily functions, produce light and harness energy.

Two of the most interesting candidates so far for drug discovery seem to be sponges and cone snails. Ziconotide, also known as Prialt, is an FDA approved non-opiate painkiller derived from the venom of a cone snail. For people addicted or allergic to morphine, this drug provides an effective alternative for pain relief. From sponges come the cancer-fighting drug Cytarabine, the antiviral medicine Vidarabine and many medications in the clinical and preclinical phases of testing. Compounds associated with tunicates, red algae, worms, bryozoans, soft corals, clams and sea hares are also being tested.

Many of the species of interest for drug discovery are found in coral reefs!

Scientists are also focusing on the ocean's abundant and diverse microbial community. Many microbes live symbiotically within marine organisms and can produce chemical compounds. In addition to indentifying specific microbes or chemicals, scientists are trying to better understand their functions in the marine world. The hope is that this will lead to new lines of use in defense against cancer and other diseases.

The regeneration ability of organisms such as sea stars and sea cucumbers is another area of significant interest. One can only imagine what would come with unlocking of the secrets to regeneration of lost body parts or internal organs.

Numerous marine organisms are now also providing important models for biomedical research, biotechnology and ocean-derived compounds are making their way into the multi-billion dollar cosmetic industry. Seven marine-derived chemicals are already being used in cosmetics and more are being examined as part of innovative anti-aging solutions.

It is important to note that once discovered, natural chemical products must be either synthesized in the lab or the host organism produced in aquaculture to prevent overharvesting and the decline of wild populations.

Along with the world's rainforests, the ocean harbors a plethora of potentially effective drugs to combat human ailments and greatly improve human health. Many of these pharmaceuticals remain undiscovered or are in the preliminary phase of testing. Yet across the globe, marine species and the compounds or microbes they host are at risk. Climate change, pollution, overfishing, loss of habitats and invasive species threaten the health of the ocean and its great diversity of life. The potential loss of species in the ocean is not just bad for the ocean; it is also a true loss for humankind.

•Support organizations, political representatives and policies working to protect and restore the ocean.
•Make the ocean a higher priority.
•Dispose of your trash properly and make sure your kids, neighbors and co-workers do the same. And recycle whenever possible.
•Spread the word that the ocean is important and needs our help.
•Eat sustainably caught or well-managed farmed seafood (http://safinacenter.org/seafoods/).
•Wash boats and fishing gear between uses to avoid transporting invasive species.
•Conserve energy and support efforts to recognize and combat climate change.
•Use your power as a consumer to support industries and restaurants that promote sustainability and environment-friendly policies.

Information presented here comes from Ellen Prager's visit with scientists at FAU's Harbor Branch Oceanographic Institution (http://www.fau.edu/hboi/mbbr/), her previous research for the book, Sex, Drugs, and Sea Slime: The Oceans' Oddest Creatures and Why They Matter, an excellent 2014 review by Martins, Vieira, Gaspar, and Santos in Marine Drugs (http://www.mdpi.com/1660-3397/12/2/1066), and Carl Safina's book Song for the Blue Ocean.