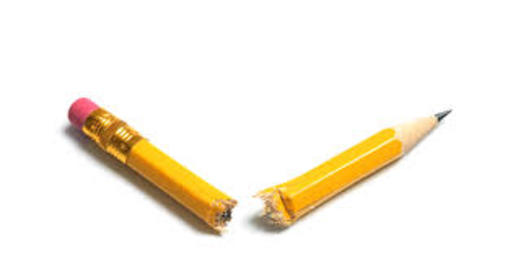 On February 14, 2015, the Atlanta Journal-Constitution carried an article entitled, Georgia Looks to New Orleans Model for Rescuing Schools. It seems that Atlanta legislators are supposed to accompany Georgia Governor Nathan Deal to New Orleans the week of February 23, 2015, in order to examine state-run RSD "success" firsthand.

Have I got a post for you, Georgia lawmakers.

I initially wrote the information below expressly for New Orleans Recovery School District (RSD) parents who have been intentionally kept in the dark by the Louisiana Department of Education's (LDOE) refusal to release Class of 2014 ACT scores until I obtained them from another source and published them (thereby cornering Louisiana Superintendent John White into releasing his own version).

Nevertheless, Georgia lawmakers would do well to brief themselves on its contents before embarking on what promises to be an orchestrated viewing of select New Orleans RSD dogs and ponies, so to speak.

Also, on February 9, 2015, I challenged Jacobs' "enormously improved" portrayal of New Orleans RSD in this post.

Among the issues I challenged were the low rates of RSD graduates eligible for scholarships through the Taylor Opportunity Program for Students (TOPS), as concerns scholarships to both four-year colleges/universities and two-year, community colleges.

Four-year TOPS requires a minimum GPA of 2.5 in core subjects and an ACT composite score at the state average, which by current TOPS standards is 20.

Two-year TOPS tech requires a minimum GPA of 2.5 in core subjects and a minimum ACT composite of 17.

Within an hour of my posting, Jacob's Educate Now! had issued a correction to its data, stating that its TOPS information was incomplete. (It seems that the correction was sent in the minutes before I posted but that I did not receive the email until an hour after I posted.)

So, in this post, I would like to examine what Jacobs is offering by way of complete, corrected TOPS data for 2014 for the RSD.

Here is the state's version of updated 2014 TOPS data for all schools in all districts.

From the data above, I created this Excel spreadsheet of TOPS information for the 16 RSD high schools:

So, here's the news based on Jacobs' update:

One RSD high school, Joseph S. Clark, has no graduation data available though according to the Class of 2014 ACT information system, Clark did have 84 students who identified themselves as Class of 2014 take the ACT . (See this post for details.)

One RSD high school had no 2014 graduates eligible for even two-year TOPS tech: ReNew Accelerated #1.

Another five RSD high schools had fewer than one percent of graduates eligible for four-year TOPS:

The above is a file worth careful consideration for its implications regarding the need for an RSD schools audit.

And, frankly, in the coding of schools, there is room for major scamming via the opportunity to intentionally miscode.

The Class of 2014 ACT information system identifies 17 RSD high schools (one, LB Landry, is labeled "inactive"). For nine schools, ACT indicates a higher number of test takers than the state indicates graduates. For one school, Joseph S. Clark, ACT shows 84 test takers, and the state offers no information on graduates. For another, ACT indicates that the school site is "inactive" (LB Landry), yet 48 test takers used this code. Do all 48 "belong" with Landry-Walker, which has its own site code?

How many Class of 2014 ACT test takers did not make it to graduation? How many changed high schools?

The issue here is not with the ACT-reported numbers.

RSD schools need to be comprehensively and regularly audited, and that audit must reconciling state-level testing and graduation data with data from outside agencies such as ACT.

Otherwise, the state can just produce whatever it wants by way of high-stakes data and slap an official label on it unchecked.

Holding all "accountable" yet accountable to no one. A situation bound for a destructive end.

This much I know: Louisiana Superintendent John White and his secretive Louisiana Department of Education (LDOE) will be held accountable on this blog.

Even as people like Jacobs promote RSD "success," according to ACT, four out of five RSD test takers will not be attending college via TOPS based upon their ACT composite scores (and self-reported GPAs).

I'm thinking many RSD parents are not aware of this terrible truth as they are bombarded with commercial ads on charter "choice."

For ten of the 17 RSD high schools in the ACT report, the percentage of Class of 2014 test takers deemed at least two-year-TOPS-eligible is 12 or lower.

That is just over one in ten eligible- and we're not talking "ACT composite of 32 or higher, full-ride scholarship," either. We're talking community college eligible.

This is not success. It is fraud.

Time for the RSD charter proliferation to end, and that end should begin with that long-overdue, comprehensive, RSD-gone-charter-marvel audit.