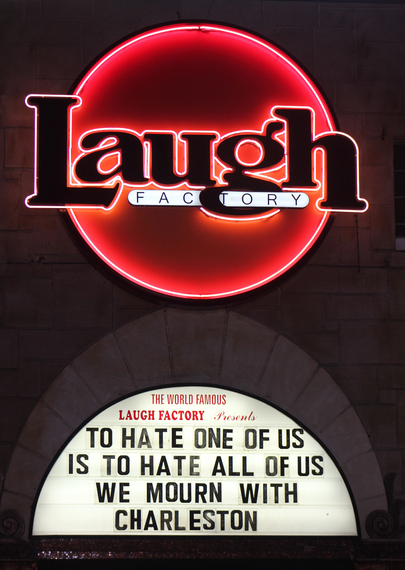 Like most Americans, my heart broke when I saw the news about the massacre at the AME church in South Carolina. After my initial shock and tears, I felt anger and I wanted some answers. Where did this hatred come from? What sort of poor parenting precipitated the poison of race hatred or the use of violence to spread its venom?

Every time -- Columbine, Newtown and now Charleston -- there seems to be a lack of proper parental guidance. I have become an advocate for parental responsibility laws. I think that parents should be held accountable when their children act out their hatred or misguided sense of right and wrong. This hatred must come from somewhere and the place where manners are instilled -- and character formed -- remains the home. Whether or not this kid's parent gave him the gun or the money to buy the gun, violence as a solution to hatred had been planted during the formative years, and now nine souls have been taken from their families in a most horrific and brutal -- and conscious -- way. He sat there for an hour, praying with them in their holy sanctuary, calculating who he would shoot. Then he ran, because he was sane enough to know he had done something wrong. This wasn't an act of someone crazy, this was an act of someone full of hate. I don't need a shrink or a defense attorney to tell me that there is "mental illness" involved; there is a hatred, no question. But that hatred has been fed to the kid and nurtured the same way other parents give books for birthdays and encourage reading. I think we need a law holding parents equally responsible for their children's criminal acts and I call on the president and other top officials to please do something.

I have been running a comedy camp for underprivileged kids at the Laugh Factory for over 30 years and many of these kids do not have parents to teach them right from wrong. These are at-risk kids and they have little -- or no -- support from family and friends. Most of them are in "the system." During the 3-month comedy camp, I, along with the wonderful comedians, give these children our support and confidence. We show them unconditional love and care, and by the end of the camp these children can tell the difference between love and hate. Teaching young people that difference is the easiest thing to do. One doesn't need a village to raise a child, one simply needs to care about right and wrong when raising them.

The acclaimed documentary by director Michael Apted (56 Up) illustrates the concept -- "give me a boy till he's 7, and I'll give you the man." It is time we hold people responsible who are in the business of having, and raising, children. By the time the youngster is "in society" many of the concepts of right and wrong have already been instilled. My take is that a neo-Nazi home will produce neo-Nazi kids.

I have experienced my share of witnessing hatred. About 15 years ago, Michael Richards from Seinfeld fame, broke down on the Laugh Factory stage and exploded into a racist tirade. I saw first-hand how hate operates. Not only did I see the discomfort of patrons attacked for the color of their skin, I started getting threats -- not from people hurt by what happened, but from skin heads and white supremacists telling me that I better let him back on the stage. For a while, young people would drive past the Laugh Factory on Sunset Blvd and do the Heil Hitler sign. I'd think to myself: Who raised these kids? Where did they get that instinct? Even today, near the Laugh Factory in Chicago, I have one couple as neighbors, who because of our different races, ethnicities, and accents, treat me, my family, and some of my employees as second class citizens.

Recently I received the Presidential award and letter of recognition from George H.W. Bush called the "Points of Light" for the work done with Comedy Camp. While I was honored and humbled to receive this award on behalf of all of the wonderful comedians, I'm now starting to think that awards like these should really go to responsible parents -- the ones who raise their kids right and teach them the difference between right and wrong and the difference between love and hate. Perhaps First Lady Michelle Obama, who has done so much for children, will create such an award. 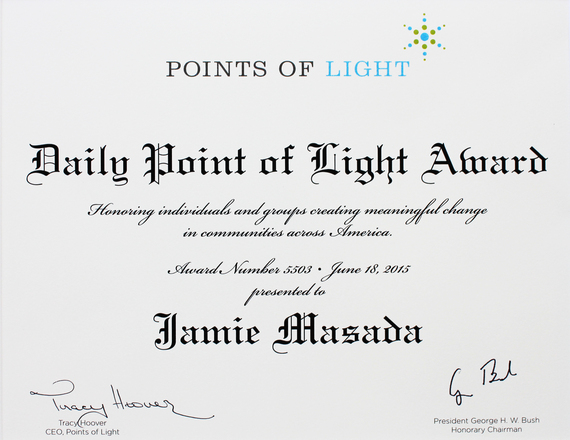 Our young people are our future and they need our love and affection and more importantly they need our wisdom. Without guidance, children will find value in gangs and horrors like ISIS.

Our parents and grandparents have passed to us the torch of responsibility and it is our duty to pass it on. If we are to survive as a country, we have to return to the basics: love, care and compassion. And these start at home.