I am writing to you as a mother -- a heartbroken mom to a child with uncontrollable seizures. I am writing to you in hopes of you being a part in saving my kid's life. Please hear me out. My son was born with a rare brain anomaly, and because of it he suffers from brutal, relentless, life-altering seizures. The seizures began at six months old and have progressively gotten worse. He doesn't go one single day without jerking, spacing out, convulsing, or twitching. Can you imagine? Waking up every single day waiting for the seizures to start, then waiting every single day for the seizures to stop. Anticipating the next one all day long. That is my child's day, every day. Seizures are the chairmen of the committee of our life. And it sucks. 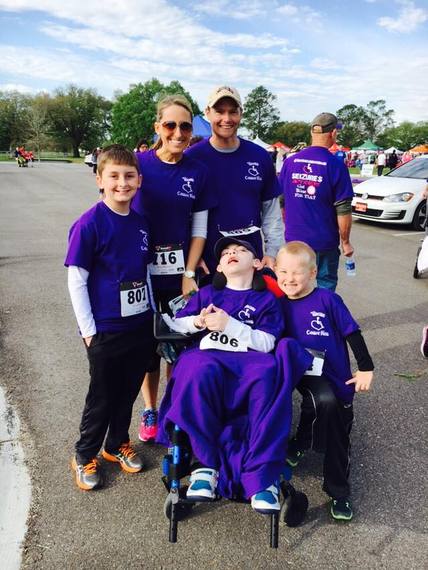 Many people with epilepsy can control their seizures with medications. Many cannot -- my kid is one of them. At nine years old, my son is currently taking six medications twice a day in order to "control" his seizures (basically enough meds to knock out an elephant for a night).

These FDA-approved medications have caused him to regress developmentally to the point of being strictly fed through a feeding tube. He no longer has muscle tone to hold his head up, much less his body. His liver is being closely monitored every few months for cirrhosis.

His gums are so swollen that his adult teeth can't break through them. He sleeps approximately 20 hours out of the day. He is in a constant state of "daydreaming" due to the absence seizures that plague his brain every few minutes. The two rescue medications he has cause his heart and breathing rate to slow, putting him in danger each and every time it's administered to him. Lives are being lost daily due to seizures. It has to stop. 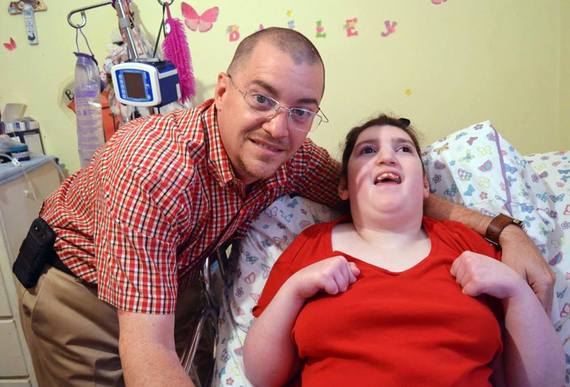 Mr. or Mrs. Legislator, simply put -- I'm over it. I'm over the hullabaloo of committees stating that cannabis is a gateway drug. I'm over the argument that making cannabis legal will only make crime rates go up. I'm over legislators putting off the bill for next year. My son and thousands of other children and adults like him are depending on you because the medical professionals have done all they could do. They have run out of options. FDA-approved meds, high-dose steroid and intravenous immunoglobulin infusions, vagus nerve stimulators, corpus callosotomy surgeries... so many options that do not provide relief for many afflicted with uncontrollable seizures. Do you understand that? There are no more options.

So the ball has been tossed in your court. It is time for the excuses to stop. Put your political parties aside. There are lives at stake. It is time for our elected officials to take an interest in vulnerable constituents. The ones who have run out of options to control their seizures, their pain, their behaviors... The ones whose lives are depending on you.

Currently there are 26 states that have legalized medical marijuana in an oil format, and 25 of those have epilepsy or uncontrollable seizures as an approved condition. I march to my state capital in Louisiana rallying for my child's life constantly, begging representatives and senators to listen to me.

Parents of children plagued with seizures are fleeing to states like Colorado or Oregon where they can give their son or daughter a new life. A life without medications with zombie-like side effects and a life where they can thrive and be free from the monster that is known as epilepsy.

They long to see their kid do things like play at the playground, sit unassisted with their favorite toy, or at the very least have their innocent child look at them in the eyes and smile. Yes, I said smile. In our world, seizures and anticonvulsant medications steal their smiles. My heart breaks a little more with each passing day as I put these medications in my child's feeding tube. I cringe every time I administer the medicine that is supposed to be helping him, but isn't. And sadly, it feels like my government is OK with this. 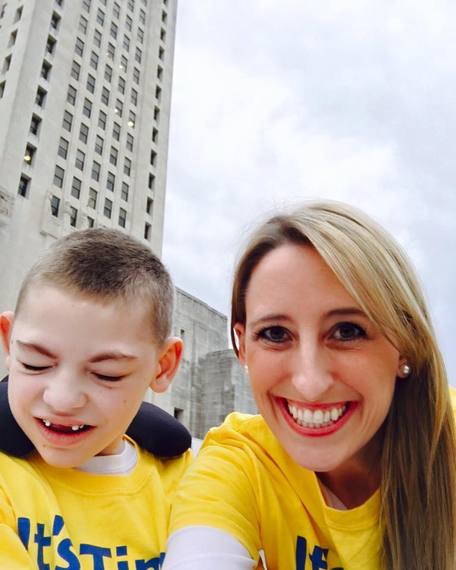 So dear legislator, I am coming to you as a law-abiding, working class, voting citizen of your state. I come to you in tears as I sit here holding my vibrating child as yet another seizure has taken hostage of his brain. Parents are supposed to protect their children and here I am failing at it.

I'm humbly asking that you open your mind and your heart to understand a quarter of what our life entails, desperately trying everything imaginable in order to save the precious life that we brought into this world. Please trust the bill proposed and consider the thousands of lives that will change for the better. Think of the lives that have the potential to be productive citizens if only their seizures could be controlled and the lives that can be saved with a single drop of oil a day.

More:
PoliticsParenting ParentsMedical Marijuanaspecial needs children
Newsletter Sign Up
Raise the kind of person you'd like to know
Subscribe to our parenting newsletter.
Successfully Subscribed!
Realness delivered to your inbox