Around the time Julia Roberts was in 2nd grade, David Stuart-Fox started a decades-long research project with Balinese healer Mangku Ketut Liyer. Their friendship opened up whole world far deeper than most viewers of the film or readers of the book Eat, Pray, Love would have access to. Stuart-Fox has managed to squeeze some of it into this extensively illustrated, 250 plus page book, somewhat cheekily titled Pray, Magic, Heal. 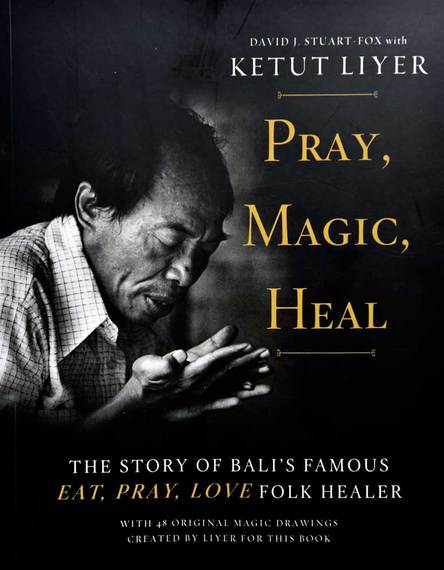 David Stuart-Fox was first introduced to Ketut Liyer by Charles M. Levine, who at the time (early 70s) was married to Ketut Liyer's niece, Desak Suarti. Stuart-Fox had recently quit work as a UPI journalist to embark on what would become a 45 year career of very well respected anthropological research and publications on Bali. Google him and you'll find numerous numerous in depth books about Bali that justify his reputation. Liyer, already an accomplished balian (healer) at the time, is of course now famous due to the film Eat, Pray, Love. Charles Levine was working as editor at APA Insight guides (at the time a tiny company that was later to grow to a rumored $50 million dollar net worth by the time it was sold). Levine's busy career as a publisher since then reflects both a scholarly as well as an innovative bent.

To get back to the 70s: it was a time when visitors who ventured further than the government owned Hotel Bali Beach in Sanur inevitably became immersed in the magical world of Bali. To live in the interior of the island was to have to really adapt to the Balinese way of life. Roads were sketchy, electricity was a rumor, and shopping was done at the market. The contact between long term visitors and local culture was immediate and powerful. In contrast with today's Bali, the 'magic' of the island was unimaginably greater than that described in any travel brochure.

Stuart-Fox's introduction to Liyer was not simply the beginning of a research project, it was the beginning of a friendship that opened up the world of Balinese magic to him in an intimate way. Liyer, born around 1922, was already well versed in healing and magic, but was also an artist of considerable skill. All the illustrations reproduced, both 'meditation paintings' and the more traditional rerajahan talismanic drawings are Liyer's. 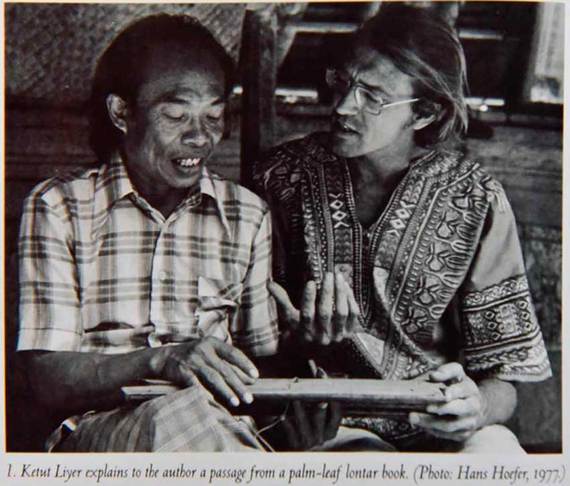 This book, written in a mixed style of a raconteur's reminisicences and a scholar's glossary, helps us enter the world of a Balinese balian. However it is the very specific world of Ketut Liyer, as each balian has his own idiosyncrasies. As Stuart-Fox points out in his preface

"From the beginning it was as much Ketut Liyer's book as it was mine".

Indeed Liyer shares his vision with the reader, and Stuart-Fox guides us through.

There are of course mixed results from all the international exposure Liyer has experienced. For example many foreigners come to him to ask for a palm reading. Palmistry is a totally foreign practice in Bali. In what some might perceive as an opportunistic move, Liyer taught himself palmistry in order to be able to fulfill their requests - something many would argue is quite extraneous to his own practice. However Stuart-Fox points out (in the shortest chapter in the book!!) that there is a class of traditional Balinese texts, which though it certainly does not discuss palmistry, does deal with the various physical characteristics of people and their significance.

Yet for us to get stuck on this, and some seemingly self-promoting aspects that international reknown has introduced into Liyer's life is to completely gloss over the depth of knowledge and capacity the man has. Stuart-Fox himself says, when Liyer proudly shows him various international magazine clippings about himself:

"How things have changed since I first knew him! I couldn't help but smile"

There is no condemnation on Stuart-Fox's part, rather he acknowledges that Liyer continues his important healing work, and he points to Liyer's accomplished work as an artist as well.

Both for those who loved the film (I'm told the book is far superior), and those who detested it (I will admit to watching it on a flight with my finger for the most part jammed on fast forward) inevitably the shadow of Eat, Pray, Love will lurk around Mangku Liyer's reputation. However through this book we are introduced to a man who is far more multi-dimensional. It gives us the chance to move past the somewhat blatant exploitation of his persona (and that of Bali too) that the film has let loose. And for those of more academic bent, there is a plethora of detail and information that David Stuart-Fox has managed to include in this handsome book, produced and edited by his old friend Charles Levine - with whom he was once again professionally reunited by this project.

The book represents a full circle through time, and a full experience. David Stuart-Fox explained to me recently, "We (Charles and I) discovered that 'magic 'is actually a verb as well as a noun, as in 'to magic'...". It would seem that he, Liyer, and Levine have magicked through the interface of different worlds and traveled through time to reveal an insider's glimpse of the supernatural side of Bali.

Accessible to the layman, of interest to experts, Pray, Magic, Heal is a must have for anyone whose has more than a superficial interest in Balinese culture. 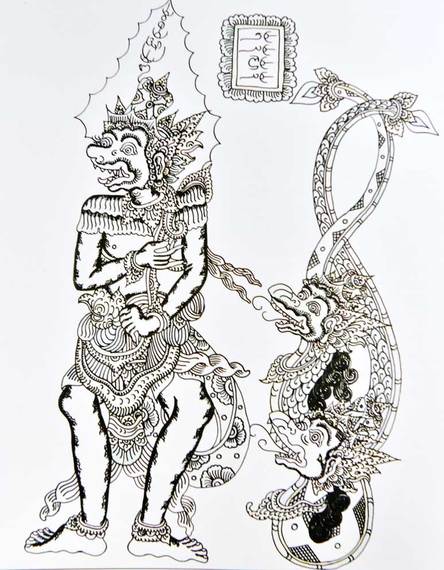