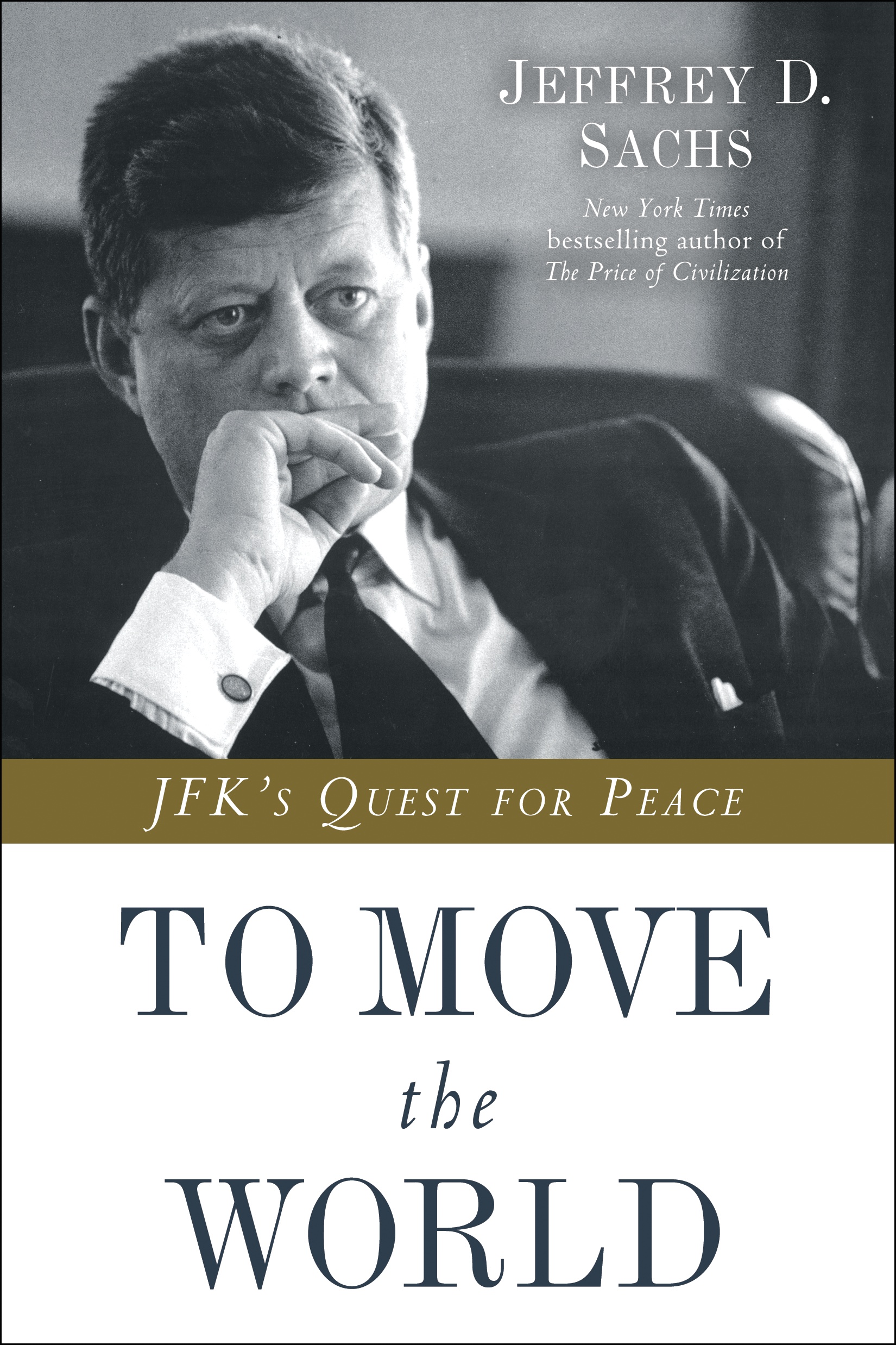 The following is the first of three excerpts from "To Move the World: JFK's Quest for Peace" by Jeffrey Sachs (You can read the second and third excerpt here). Released in June, the book remembers the last year of President Kennedy's life and the remarkable speeches he made which helped convince the world there could be peace between the U.S. and Soviet Union. On Thursday, Sept. 12 the United Nations will hold a special event commemorating his last address there 50 years ago. For more on the book check here.
________________
"There's always some son-of-a-bitch who doesn't get the word," John F. Kennedy exclaimed in frustration. The president and his advisors were huddled at the height of the Cuban Missile Crisis in October 1962, with the United States and the Soviet Union on the brink of nuclear war. Kennedy had grounded U-2 spy-plane missions to avoid a provocation that might lead accidentally to a shooting war. Yet one Alaska-based U.S. Air Force pilot had not gotten the message. After taking off to collect air samples to check on Soviet nuclear testing, the pilot had become disoriented and inadvertently flown his plane into Soviet airspace. Soviet fighter jets scrambled to intercept the U-2, while due to the high alert status prompted by the crisis, the U.S. planes sent to escort it back to base were armed with nuclear warheads and had the authority to fire. By dumb luck the world survived.

Such was the slender thread of humanity's survival on those bleakest of days, the closest that the world has ever come to self-destruction... The great turning point of the Cold War, the stepping back from the nuclear abyss, was an act of political grace and courage, led by President John F. Kennedy and his Soviet counterpart, Communist Party chairman Nikita Khrushchev. These two men, in their distinct ways, both said "Enough." They came to the realization that the world could not afford to lurch from crisis to crisis, with one son of a bitch or another failing to get the message and thereby plunging the world into horror and darkness. Kennedy and Khrushchev knew too well that their own colleagues--thoughtlessly, ruthlessly, stupidly, or naïvely--might be contributors to such a world-shattering blunder. We must understand how humanity was saved from the accidents, miscalculations, bravado, and supposedly sophisticated strategic thinking that almost ended it all. 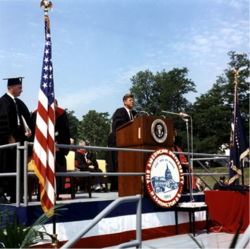 John F. Kennedy's Annus mirabilis was from October 1962 to September 1963, when he and Khrushchev saved the world, and left a legacy, a blueprint, and an inspiration for those who would follow... The high point of Kennedy's peace campaign was his commencement speech to American University on June 10, 1963. To this day, Kennedy's speech stands out as a unique approach to global affairs. Its power derives not only from its bold vision of peace between the United States and the Soviet Union, but also from its call upon Americans to reexamine their own attitudes toward peace. Kennedy's point was basic, yet remarkably unusual in international affairs: that there was humanity, decency, and valor on both sides of the Cold War divide. And because both sides shared in the same human drama, both sides would share in the gains from peace. A peace agreement was therefore feasible, because it would be mutually beneficial... (Left photo: Kennedy delivers the Peace Speech, June 10, 1963)

Kennedy defined the challenge in global rather than national terms:

[W]hat kind of peace do we seek? Not a Pax Americana enforced on the world by American weapons of war. Not the peace of the grave or the security of the slave. I am talking about genuine peace, the kind of peace that makes life on earth worth living, and the kind that enables men and nations to grow, and to hope, and to build a better life for their children--not merely peace for Americans but peace for all men and women, not merely peace in our time but peace in all time.

Throughout the speech, Kennedy reminded Americans (and Russians) of the crushing costs of the current Cold War itself. His point was clear and overwhelming: Both the United States and the Soviet Union abhor war. They have never fought each other. They were allies in war. They can admire each other's virtue and valor. They risk mutual annihilation. They are squandering their wealth in an arms race. Therefore, they also share a common interest in peace...

In reaching this conclusion, Kennedy's rhetoric soared with empathy and insight, in what to my mind are the most eloquent and important words of the speech, and perhaps of his presidency:

So let us not be blind to our differences, but let us also direct attention to our common interests and the means by which those differences can be resolved. And if we cannot end now our differences, at least we can help make the world safe for diversity. For in the final analysis, our most basic common link is that we all inhabit this small planet. We all breathe the same air. We all cherish our children's futures. And we are all mortal.

One day later Kennedy was back at the lectern, this time at the White House, addressing the American people on the bitterly contested issue of civil rights. In the course of these two days, with these two speeches, Kennedy crossed the threshold from charming, skilled politician to moral leader. In just two days, Kennedy had charted a political course, set a strategy, grasped the nettle of peace, and backed the civil rights movement with the force of the executive branch of the federal government. Six weeks later, the Partial Nuclear Test Ban Treaty was agreed.