In his public life, my father was a pediatrician and well liked by his patients. In his private life, he was introverted and isolated. Growing up, I observed these polarities and desperately wanted to please him, crack that shell, and reach his joy. 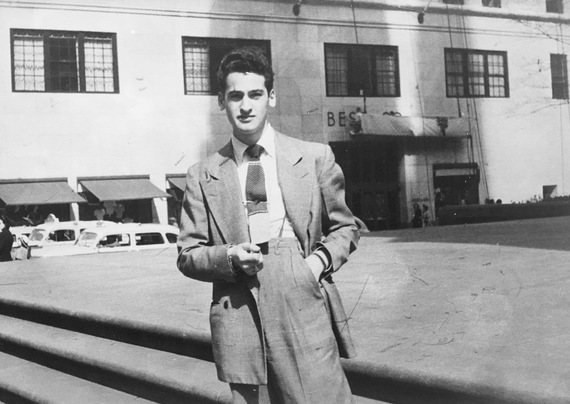 As a teenager, I spent much of time away from the house, witnessed my parents separation when I was 17, and when it was time to go to college, I couldn't get there fast enough.

In November of my sophomore year, my father was diagnosed with terminal cancer. My freedom seemed to come to an abrupt end and for the next 3 years I would struggle; mentally and emotionally filled with guilt, remorse, and self-doubt around my choices (he was, after all, at home all alone); physically as my health was compromised from stress; and spiritually empty.

I graduated from college in May 1991 and moved back home. My father was nearly bedridden by then and refused to leave the house. I can't say I was there to take care of him as I neither knew what to do, nor did I really want to. I was 22. What I wanted was to travel and live my life independent from my parents.

On July 17, 1991, my father passed away. He was 59 years old. And with his death, I slowly began to know his life. I would come to understand that his life had been too painful a story for him to share, and I began to understood why my intuition had always guided me not to ask. And this is where the story truly begins.

David Zylberman was born on June 4, 1932 in Hotel de Dieu ("Hospital of God") in Paris, France. The youngest of 5, he was born to an uneducated seamstress and an alcoholic, mostly unemployed father. They lived in the Jewish ghetto of Paris known as "Le Marais" where they survived on the earnings from my grandmother's sewing. Raised by a single mother, occasionally beaten and abused by a mostly absent father.

In 1939, the Nazis invaded Paris and the lives of my father, his family, and his community were changed forever. Many life altering events happened during this time including the fate of his twin brothers - one died in the first month of the war fighting for the French army, and the other, also a solider, was captured by the Germans and held as a prisoner of war only to be "liberated" by the Russians and then held as their prisoner. Though he physically survived the war/genocide, he struggled with mental illness the rest of his life.

Meanwhile, my father was put on a train with his 11-year old sister with only an address on a slip of paper, and sent to Vichy, France, the southern area unoccupied by the Nazis. Their mother would eventually join them and together, they would hide in a barn for 3 years. My father was 7 years old. 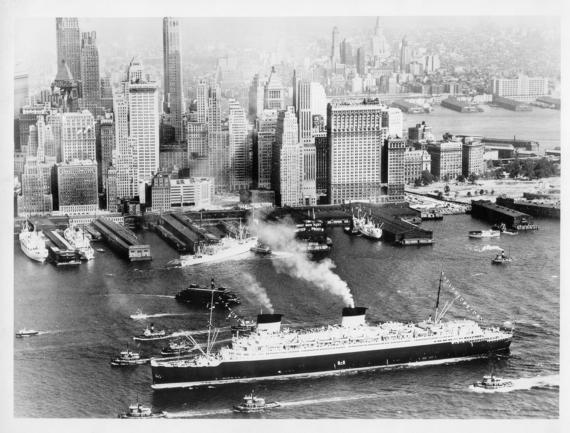 In 1945, with a ticket paid for by cousins living in the US who had arrived sometime around World War I, my father (age 13) arrived in New York with the clothes on his back. He learned English and graduated high school at the top of his class at the age of 16. He was accepted to New York University to study pre-med, took out school loans where he could, and worked nights to pay the rest of his way. To my knowledge, he received little to no government assistance.

Shortly before his college graduation date, not yet an American citizen, he was drafted to fight in the Korean War for the United States. After completing his military duty, he finished college, medical school and his medical training, and would go on to become a United States citizen and create a private medical practice in a small town in Upstate New York. He served children for the next 20 years until his cancer diagnosis prevented him from working any longer. As a doctor and humanitarian, he provided free services for families who had no health insurance. During his career he saved more than a few lives, and was on call more nights than not, ever ready to be at a mother's bedside as she birthed her child.

My father committed his life to creating opportunities in the land of opportunities. My father escaped almost certain death, to promote life. My father fought for a country that gave him refuge, but little else. He understood that once in the United States, his life would be what he made of it. And with that awareness, he lived a life that impacted thousands. And though I rarely witnessed his joy, I am grateful and inspired to have witnessed his life. A life he may never have lived had it not been for that ticket in 1945, and the open arms of a country that believed his life was worth saving. And because his life was saved, so was mine.

But his story is not unique, and it is not his story alone. It is the story of millions of men, women, and children, from all around the world, who came to the United States seeking refuge, who are knocking at our door today for their very survival. And the opportunity to have life.

Mr. Trump, are you courageous enough to look into your heart, hear the call, and answer the door?

With love and gratitude for my life, and for the United States of America