"A lovely baby girl you have there. It's too bad about that awful birthmark."

Those are the first and last words I ever hear from your original pediatrician. After she leaves the delivery room, I tell the nurse to keep her away from us, and I cry myself to sleep.

My daughter. Seven pounds, 13 ounces, blonde hair, 21 inches long. To me, you're perfect. 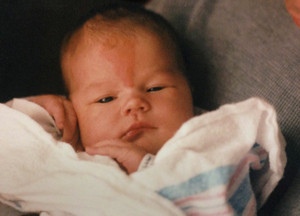 But the first thing most people seem to notice is the huge, glaring red birthmark in the shape of Africa extending down the middle of the forehead, from your hairline to just below your nose.

The day after your birth, I hire a different baby doctor, and unlike her predecessor, she possesses decorum, common sense and bedside manners. She also has plenty of experience. But she doesn't have an answer for the mark she calls a "strawberry hemangioma."

"Sometimes, they fade over the years," she tells me, "and sometimes they don't.''

We bring you home from the hospital the next day, and amid the bliss, chaos, sleeplessness, confusion and joy that come with a first child, I am steeped in grief. In a world that demands female beauty, I envision your life with a marked, imperfect face.

I pretend to ignore the stares at the grocery store. I grow numb to the questions from little kids.

"What happened to her?"

"What's wrong with her face?"

I realize that we're lucky. Other parents have babies with far more serious problems than a red mark on the skin.

It doesn't help -- I know how kids are. And every time I get an innocent, ignorant question from a child, I hear your future on the playground.

"What happened to you?"

"What's wrong with your face?"

Secretly, I blame myself for this. I figure it's payback for the single 12-ounce can of Diet Coke I drank each day of my pregnancy. Or a punishment from God for some old, forgotten sin.

But those are my transgressions, not yours, and I cannot accept that in 1997, with all the advances in modern medical science, there's absolutely nothing that can be done for strawberry hemangiomas.

The small-town doctors continue to be of no help; the library has no current information. As a last resort, I sit down one day and fire up the computer. I dial into the new program we had installed, the thing called the World Wide Web.

I wade through America Online, chat rooms and online video games. I search for hours, and finally, eventually, I find some hope: newfound research on lasers for birthmarks, and -- better still -- a doctor who specializes in such treatments, about an hour away in Columbus. His website states that several laser surgeries will be needed, and that insurance companies deem birthmark removal as "optional" or "cosmetic" and will not cover it. Patients must pay out-of-pocket. The costs will likely rise into the thousands.

I lunge for the phone.

You begin treatments as soon as you're old enough -- about 13 months. The nurses lead us to a large, brightly-lit room and a restraint called a papoose -- a contraption that looks and sounds harmless enough, until they tie you down, diapers, teddy bear and all. Your dad and I squeeze in under the straps to hold your hands.

They tell us the pain won't be too bad, that it's like a repetitive sting with a rubber band, but they still apply numbing cream to your head. We all put on protective goggles, and the doctor pulls the machine's arm over your body.

He begins searing your forehead with the laser. There's snapping, blinding light, some smoke, a smell.

"Don't worry," they say. "That's just a little bit of her hair burning."

You scream, and we can barely restrain ourselves from ripping off the straps. It lasts four minutes.

It lasts an eternity.

When the laser stops, they release you and I scoop you into my arms as your dad hurriedly scribbles a check. We get you into the car and to McDonald's as fast as we can, plying you with French fries, ice cream, whatever you want.

A few days later, the hemangioma turns black, a sign -- albeit a terrifying one -- of its blood vessels dying. Scabs form.

One afternoon, while I'm driving and you're out of sight in the baby seat, you pick off a scab and leave a large hole in your forehead. The nurse tells me to rub Vitamin E into the area and massage it for 15 minutes twice a day. I do, and you don't complain, despite the pain.

In truth, I'm not sure if it's going away. The first laser treatment's immediate result was worse -- far more severe-looking -- than the birthmark itself. I see your blackened skin and the hole in your forehead, and I seriously wonder if we've done the right thing.

The blackness eventually fades. We decide to continue with the treatment, the way the doctor recommends. You get one every few months. When you're old enough to understand, I try to explain.

"We're going to that doctor again, the one who gives you a tap-tap on the head," I say. "It will make your mark go away."

But even as toddlers, other kids at daycare have started pointing at your birthmark. When they do, you duck your head and look at the ground.

About three surgeries in, you stop screaming when they strap you down. Only silent tears roll down your face. Each time, I worry whether it's the right decision. After the laser fries your head and the immediate redness fades, I watch and wait for the mark to recede.

Three years old now, three feet tall, 29 pounds and many laser treatments later, you're standing atop the bathroom counter on tip-toes. You're looking in the mirror, holding your bangs up to peep at a smooth white forehead.

You don't realize it, but you're trying to parrot what I've been chanting since your first surgery.

It is prayer, it is hope, it is wish.

And it is true. 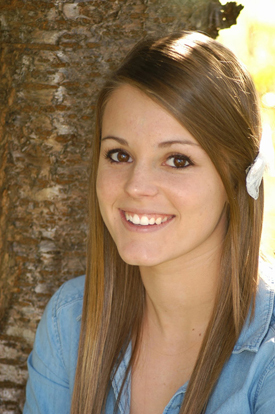