When you woke up this morning, you knew your dads were married, but you also knew we weren't married everywhere we went. You knew that we loved each other and that this was not enough to make us married in the whole United States. You knew we were not equal.

When I was your age, sweetheart, I dreamed of marrying a boy someday. But I knew that wasn't allowed. When I told my grandmother, who loved me very much, that I liked boys, she washed my mouth out with soap and sent me to bed.

I wanted to marry a boy like me anyway. This was the 1970s, and there was no such thing then -- not in my state or anywhere else -- but I was undeterred. I drew pictures of weddings in my school notebook, and imagined the tux or the vest I'd wear. I didn't talk about it because I was smart enough to realize it wouldn't fly, but I knew. 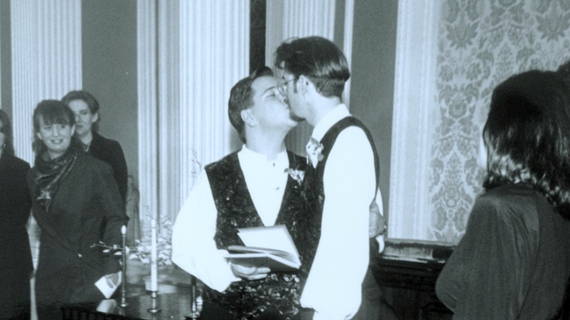 You have grown up knowing that not everyone likes gay people like Daddy and me, but I haven't told you what that cost me in the first 25 years of my life. You haven't heard the stories about when my property was vandalized or when I endured prank phone calls, was followed and harassed, lost a job, was threatened with violence, and was, at times, rejected by members of my own family -- all for being gay.

It's hard for you to picture any of that, because in Massachusetts, where we live, same-sex marriage has been legal for as long as you can remember. You have seen only what being ourselves has brought us: a marriage that has lasted 20 years, a family with you as our gem, and the full embrace of so many people of every stripe who love us as we are.

You knew we had it good in our state, but that this was not true for all families like ours. Each time a new state celebrated marriage equality, we told you at the dinner table and you'd cheer, usually following that up with a dark look and a complaint about never wanting to be in the other states which hadn't followed suit.

Today, I woke up thinking about the possible ruling of the Supreme Court, who you know about from discussing Civil Rights in school. I knew that they could decide to make marriage equality the law of the land, or that they could rule that it wasn't our right. Watching the news for word of their decision was like being caught in the last few seconds of a breath I've held for 40 years.

This may surprise you, but I don't believe all people should marry, or that marriage is somehow more important than the other great rights of our society. I do believe that to be excluded from any great right is to be excluded from full citizenship. And if we are, so are you, simply for being our child. Every day that our love and hard work was measured as less than the love and hard work of your friends' parents, it was another day America devalued our family.

But today was not that day. This morning, the court agreed that two men or two women who love each other and wish to marry are simply asking "for equal dignity in the eyes of the law." And the verdict was ringing: "The Constitution grants them that right." I cried at my desk when I saw the news.

I cried because we can finally embrace who we are and how we participate in society without the government telling us we can't do both. No more losing our rights when we cross a border; no more asterisks or qualifications. Your dads are married in America.

When you go to bed tonight, you will live in a country that never existed before -- not for your family. You'll wake up in a new day and know we're equal. 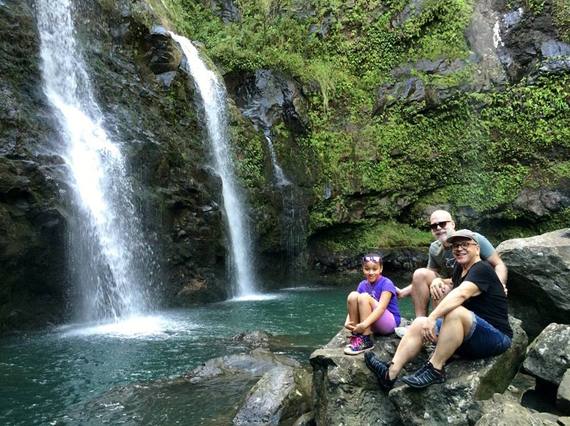