The Yale Black Men's Union launched the To My Unborn Son campaign as an intimate conversation with the parents of Michael Brown Jr. With everything that happened in Ferguson, they wanted to speak to the fact that "We are all Michael, we are all sons, and that the fate of Michael could be the fate of any of us -- even as black men attending Yale University." They created this campaign in hopes that the parents of Michael Brown can find some solace in their messages as they voice outward expressions of personal messages to their unborn sons.

The Yale Black Men's Union was founded in 2007 with the goal of empowering black men on and off Yale's Campus. The Yale College Black Men's Student Union (BMU) dedicates itself to uniting black men on the campus of Yale University in order to promote mutual support and empowerment. Furthermore, the Black Men's Union takes responsibility for addressing the needs and concerns of black men beyond Yale in an effort to uplift the community through positive social, educational, economic and political change.

For more information and photo messages on the To My Unborn Son Photo Campaign, please visit their To My Unborn Son Tumblr site. They encourage people to add messages to the campaign by emailing yaleblackmensunion@gmail.com or sending a message on twitter at @bmuatyale.

Check out a few of the photo messages below in the slideshow and share your thoughts. What message would you add to give to your unborn son? 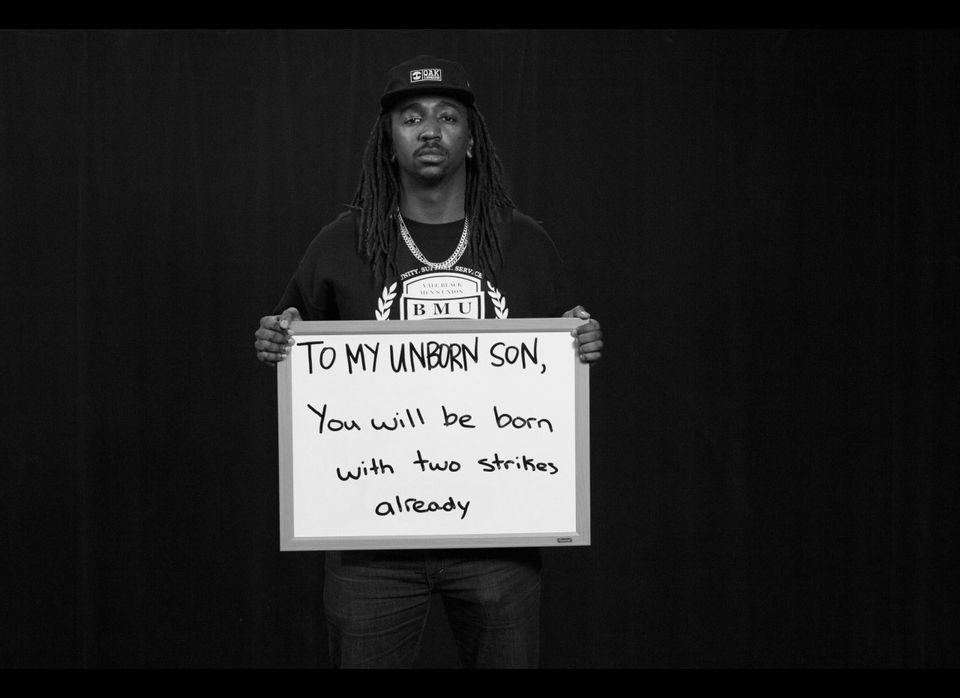