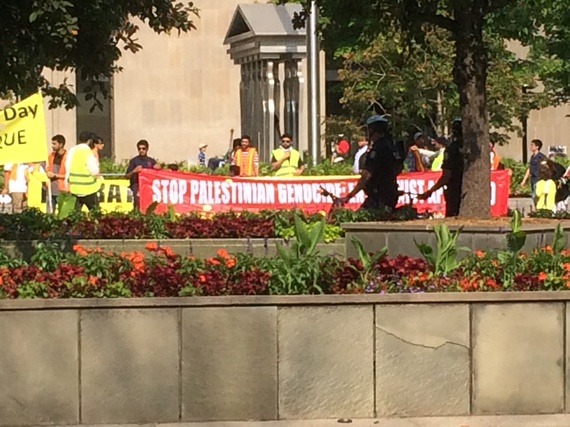 The entire nuclear deal with Iran, which may be agreed before this column is published, is predicated on the idea that Iran's words don't matter. They're for domestic consumption only. They don't really mean they want to kill millions of Americans and the six million Jews of Israel.


And yet, President Obama who says that these words don't much matter is the same leader who took a very different approach to Prime Minister Netanyahu's words about a Palestinian state. "We take him at his word when he said that it wouldn't happen during his prime ministership," President Obama told The Huffington Post. The President used Netanyahu's statement was cause for a "reassessment" of American ties with Israel.


White House spokesman Josh Earnest echoed the sentiment in his White House briefing that the Prime Minister's words could bring punishment. "Words matter," he said. There could be "consequences" for Netanyahu's statements. "Everybody who's in a position to speak on behalf of their government understands that that's the case, and particularly when we're talking about a matter as serious as this one."


Well, what about the matter as serious as wanting to destroy America and Israel. That seems pretty serious to me.


So, according to the White House, when foreign leaders speak, it matters. What they say is consequential. Bibi's going to have to pay for his remarks.


But, there is an exception. None of this applies to Iran? The Iranians are screaming in their thousands and tens of thousands, led by Ayatollah Ali Khameini, that America has to die, even as John Kerry is expressing optimism the very same day that the United States is going to conclude a nuclear deal with Iran where we'll trust them not to build bombs to kill millions of people.


The most hair-raising aspect about the American rapprochement with the barbaric government of Iran is that it has all happened while Iran has continued to repeatedly threaten the annihilation of the Jewish people. Ayatollah Khameini has called Jews dogs and tweeted as recently as this past November that "there is no cure for Israel other than annihilation."


Now, if words matter, how can the United States continue to speak to his government while they are openly threatening a second holocaust? Why did President Obama and John Kerry not establish a repudiation of these genocidal words and threats as a precondition for any talks?


The hypocrisy is startling. And it leads to a more important point.


By now it's pretty clear to most that President Obama kind of dislikes Prime Minister Netanyahu more any other world leader. His hostility to the Prime Minister has become so pronounced that a famously cool President finds it difficult to control his emotions when it comes to Bibi.


But am I the only one who finds it just a touch unseemly for the leader of the free world to kind of despise the leader of the only free country in the Middle East while he continually gives a pass to Khameini, the genocidal wannabe?


The President has a good relationship with Erdogan, the tyrant of Turkey, who has destroyed his nation's democracy and allows fighters to pass through his nation to join ISIS and decapitate American journalists. President Obama traveled to Saudi Arabia to pay his personal condolences upon the passing of arch-misogynist King Abdullah of Saudi Arabia, a man who wouldn't even allow women to drive a car.


For years we Americans have heard that our President is cerebral and unflappable. That he famously remains controlled under the most emotionally challenging circumstances. It turns out that this is true for every world leader except one, Benjamin Netanyahu, who makes the President's blood boil. 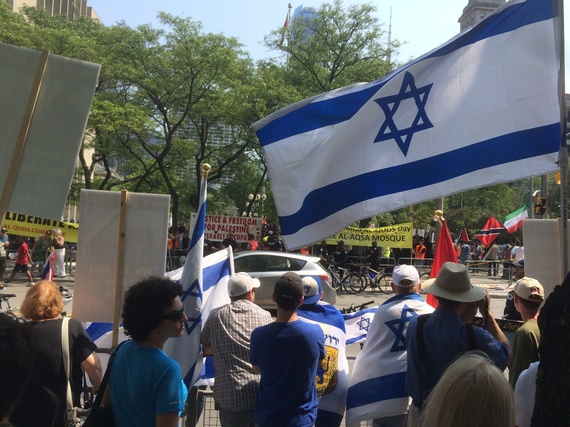 Don't we deserve to know why?


If the two leaders merely had bad personal chemistry, I could understand. They're not the best of friends. Fine. But for Obama the dislike of Netanyahu has become visceral.


I'll leave it to the armchair analysts to explain why. What's far more important to me is why President Obama hasn't even once warned the government of Iran to stop publicly calling for the destruction of his own country, America, and the annihilation of all Israeli Jews.


Would it be so hard for the President to say at a press conference, "We want to get this deal with Iran done. But let me be clear. It will not proceed so long as Iran publicly calls for the death of my fellow countrymen and the holocaust of Israel's Jews. The United States is opposed to genocide on every level, including genocidal incitement. Ayatollah Khameini's public calls for the destruction of the United States and Israel is a red line that will lead to the collapse of these talks, should they continue."


Such a statement would be righteous, courageous, and inspiring. And it might go a long way toward the President recapturing some of the moral authority he has lost ever since this appeasement of Iran began.