You're four and a half years old, and you might not remember this when you're older, but you just lived through a natural disaster, Hurricane Sandy, that has caused thousands of individual tragedies and humbled us all. You knew the storm was coming. We talked about rain and wind, we prepared the house, filled up buckets of water, purchased batteries and tested our flashlights, set out candles. The three of us looked out at the Hudson River and watched as it churned and white-capped waves began to appear. The wind threatened to scare us, and you believed us when we promised our home was strong. You were excited and a little nervous. That was Sunday and Monday.

On Tuesday you started us on a tzedakah (charity) project called "E's Piggy Bank for Victims of Hurricane Sandy," a campaign to support The American Red Cross, Feeding America, and the Humane Society Disaster Relief Fund. You set a goal of $1,000 and raised that in less than 24 hours. As I write, people are still contributing and we've raised over $1,400.

All three of us were getting a little antsy on that second full day of being indoors. We were very lucky to still have power, our water worked, and the Internet was just fine. So we began to look at photos of the damage left by Hurricane Sandy just a few miles away in every direction. You sat down and looked with us. It was a moment that, if you choose to become a parent one day you will understand, made us a little nervous. Should we let you see these pictures or just close the laptop and tell you it was nothing? But you stopped us with a question before we made that mistake. You asked what we were looking at, pointing to a photo of the burned remains of houses in Queens. You saw a photo of a flooded street and asked about the cars that were wrecked. You asked about the people that weren't in the photos but should have been in those homes. 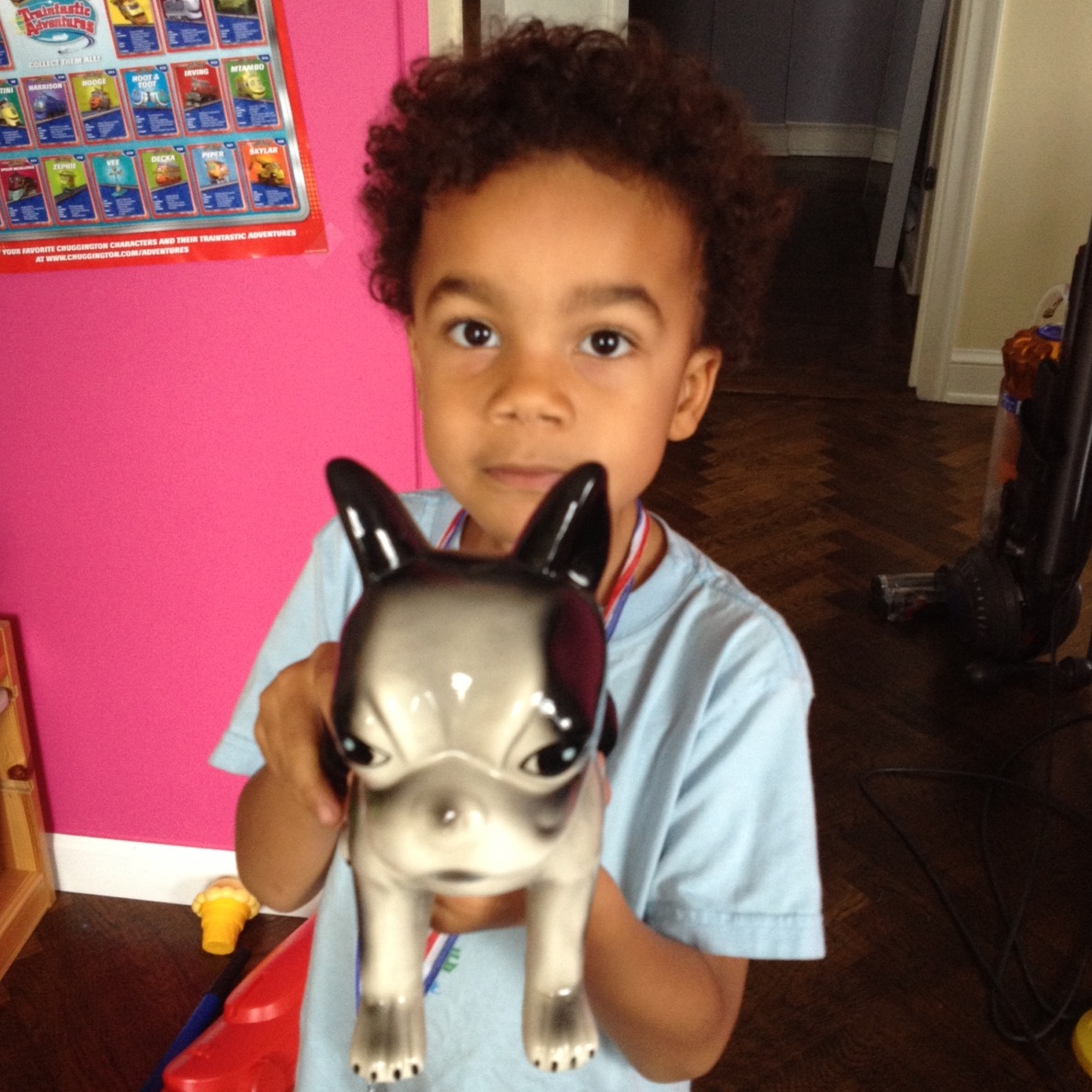 We reminded you of the hurricane that had just passed and shared simply, but honestly, that people had lost their homes and all their belongings, that others were without electricity and water. You took it in, and we asked what you thought. Your answer was simple: You have money in your piggy bank that you could use to buy people new homes. You thought everyone should give their piggy banks to the hurricane's victims. That's how our indiegogo.com campaign started, and you inspired many of us.

What we quickly saw was that your beautiful voice was so much wiser than anything we could have planned. People were sharing the campaign, comments were starting to appear, gifts started coming from old friends we haven't spoken to in ages, and people we've never met and have no connection to were contributing money. The little civics and math lesson we hoped to teach turned into something exciting and, frankly, more significant than we had imagined. The support we're seeing is certainly about helping those suffering in the wake of the hurricane, but also about a collective excitement in supporting a new generation and the hope of a world that transcends cynicism.

As you can imagine, at four years old, you do not focus on these things the way we might. The concept of an online campaign is meaningless to you. As we check the totals, you aren't getting excited about more money. Instead, you just take it as a given that everyone would give. And you recognize that more and more people are in fact doing that. It appears that as far as you're concerned, it's not your piggy bank or your campaign, it's someone else's piggy bank -- the money of people who need it most.

One of your favorite stories is David and Goliath. You know a paraphrased version that goes something like this: A shepherd boy is known for having a beautiful voice. He comes in to sing for King Saul and the prince, Jonathan, sees him and falls in love. David stays and becomes a favorite of the King. One day, during a long and terrible war, the enemies challenge the King: If one of his soldiers can beat their biggest and baddest, Goliath, the war will be over. This small boy with the beautiful voice steps forward, and he wins.

In that moment when you offered, in your beautiful voice, your piggy bank to those in need, I saw you as the young David for whom there is simplicity in facing that which threatens the community.

Your Papa and I have many hopes and dreams for you. But the one around which all others are built is that you will be an adult that cares for others, rights wrongs, makes the world a better place in whatever ways you can. As though you know what we're thinking, you amaze us every day, and this immediate reaction of yours -- to propose how you can give to help others -- filled our hearts with admiration. 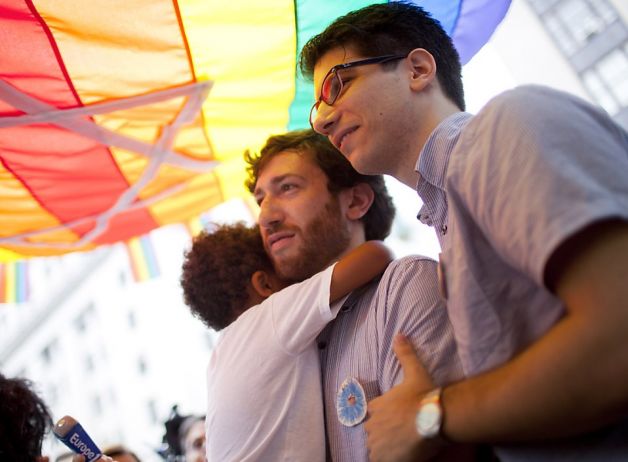 You come from many traditions. Your heritage is that of people who have faced great inequity, challenge, and pain. Our Jewish heritage has a lot to say about charity and responsibility for community. And our LGBTQ (Lesbian, Gay, Bisexual, Transgender, Queer) heritage too has taught us about the need to be aware of the other, to protect, fight for, and support those in need. For our family, especially at a time when our legitimacy as a legal family is so cruelly questioned and challenged, we embrace our heritage and traditions. And you do it with the simple purity of a four year old who knows what's right.

All we wanted to do was help you help others and learn about charity. We assumed a few friends and family members would respond to an email, some tweets, and a few Facebook posts. But you had more important things to do. You had games to play and books to read, and money to give to people who need it most. You didn't want or need a lesson, you just needed some help getting the right thing to happen.

We were the ones that learned a lesson. We learned that sometimes we just need to focus on what needs to get done and others will follow. Sometimes it's that simple.