Most people want their homes to be a safe haven where their families can grow and thrive. Yet for thousands of Americans who find themselves living next to natural gas drilling sites, that sense of safety is becoming harder to preserve.

A new study by researchers from the Colorado School of Public Health found that air pollution near natural gas fracking sites increased the risk of significant health problems for people living near drill sites.

The researchers detected a toxic stew of natural gas-related chemicals, including benzene, a known carcinogen, in the air. Exposure to these chemicals is linked to headaches, asthma symptoms, childhood leukemia, and multiple myeloma. They concluded that people living within a half-mile of these drill pads were at greater risk for health problems. Colorado lets companies sink wells as close as 150 feet to people's houses. 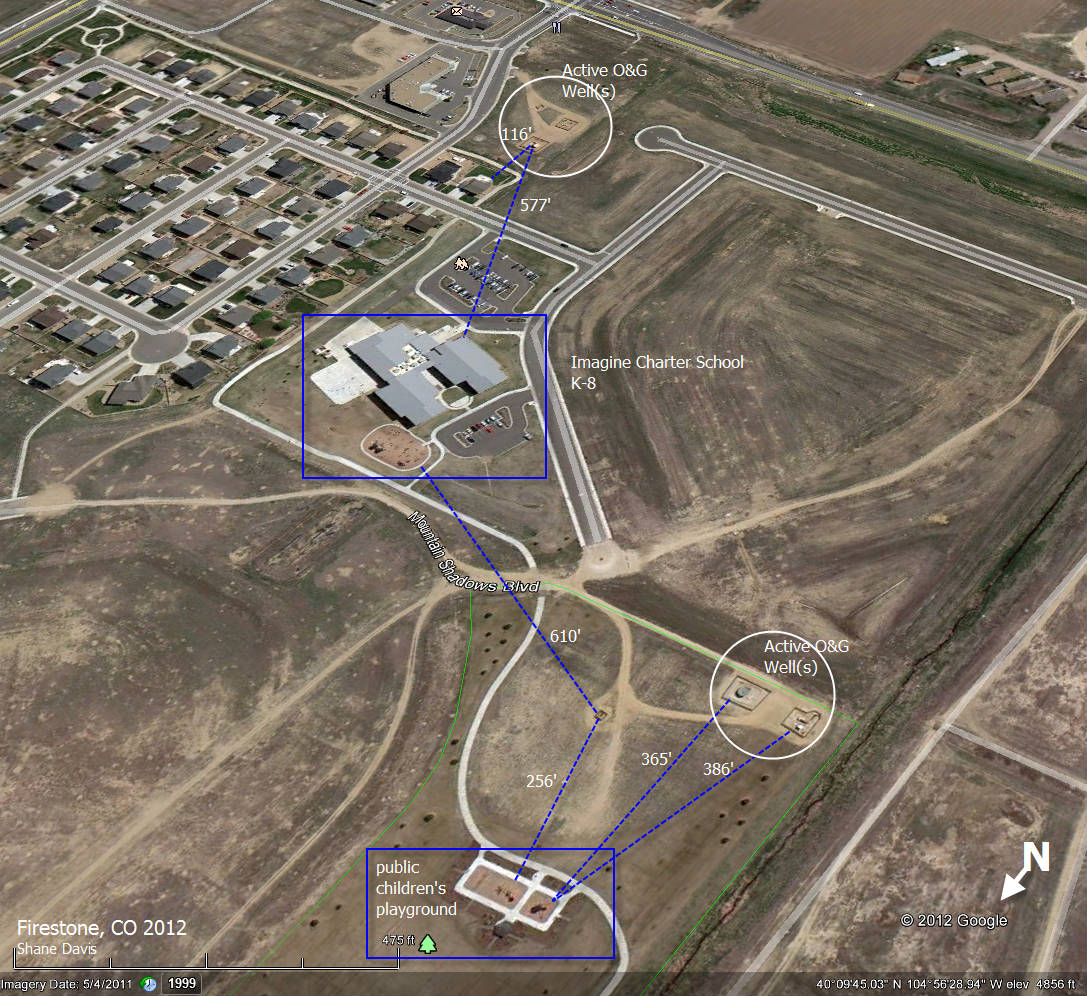 This study confirms reports of hazardous air pollution and related health problems in communities around the country near natural gas fracking. Fracking entails mixing dangerous chemicals with large amounts of water and sand, then injecting this frack cocktail into wells at extremely high pressure in order to release natural gas reserves. This technique has allowed oil and gas companies to access previously out-of-reach reserves.

As a result, natural gas development has swept across many parts of America at break-neck speed in the past ten years. Unfortunately, federal and state safeguards to protect people and the environment from fracking have not kept pace.

Energy companies have been allowed to run roughshod over communities, leaving contaminated drinking water, dirty air, gutted property values, and greater earthquake risk in their wake. Companies don't always play by the rules that do exist, and the industry has used its political power to escape accountability for its actions.

The Department of the Interior issued more than 2,000 violations to oil and gas companies drilling on public lands between 1998 and 2011 -- some for extremely dangerous actions like failing to install blowout preventers or building unsafe wells. And yet only 6 percent of violators had to pay a fine, and all together, those fines totaled just $273,875.

The American people want stronger protections. A recent survey conducted by a Bloomberg News National Poll found that 65 percent of people said we need more regulations for fracking, while only 18 percent said there should be less regulation.

The support cuts across region and political affiliation. Kelly Gant, a mother from Bartonville, Texas, put it this way: "I'm not an activist, an alarmist, a Democrat, environmentalist or anything like that. I'm just a person who isn't able to manage the health of my family because of all this drilling."

Families like Kelly Gant's shouldn't have to suffer because energy companies have not been held accountable. While no energy development can be completely safe, drilling and fracking can be made safer than current operations. But this is only possible if the state and federal governments adopt and enforce much stronger laws and standards.

NRDC supports establishing a fully effective system of safeguards for hydraulic fracturing to protect our health and environment and is committed to working with the federal government, states, communities and industry to put these safeguards into place right away.

1. Putting the most sensitive lands, including critical watersheds, completely off limits to fracking;

2. Not allowing leaky systems by setting clean air standards that ensure methane leaks are well under one percent of production to reduce global warming pollution, and requiring green completions and other techniques to reduce air pollution;

4. Protecting the landscape, air, and water from pollution by closing Clean Air, Clean Water and Safe Drinking Water loopholes, reducing toxic waste, and holding toxic oil and gas waste to the same standards as other types of hazardous waste, funding robust inspection and enforcement programs, and disclosing fully all chemicals;

6. Allowing communities to protect themselves and their future by restricting fracking through comprehensive zoning and planning.