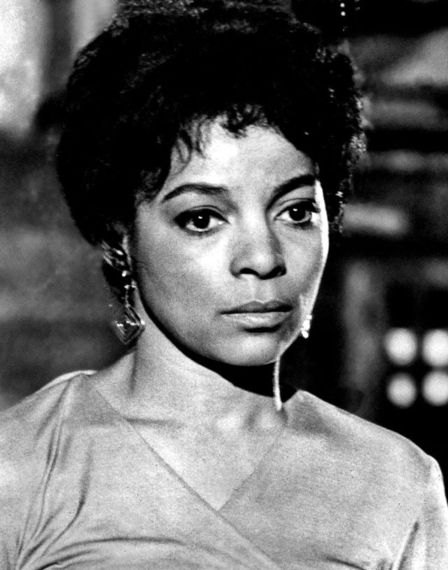 We used to call each other up, black folks, back in the day when "we" were almost never on TV. Or in the movies, except as servants or head scratching, eye popping foils for white performers.

Or as wily, white haired hoofers tap dancing up and down the steps with little curly haired white girls. Or wily slick haired hep cats dancing, singing and playing black music to rapt white audiences -- those ones gave us hope. Put a spring in our step.

We had phone trees, back then -- you knew which numbers were yours to call with the "big news" that there was a "colored person" on TV. Didn't matter for how long or what the role was. As long as they weren't on TV for being arrested, we would all watch and rejoice.

And then...Ruby Dee and Ossie Davis and a whole slew of amazing black actors and actresses arrived. And we began to walk with that spring in our step and our heads held high almost all the time.

There was something happening out there -- mostly in New York, I gathered, as a little black girl growing up on Chicago's South Side in the 50s. I didn't understand it, but I could see and feel it, whenever I saw Ruby Dee on TV or the big screen.

I remember dressing up to go see A Raisin in the Sun -- the Poiter/Dee version -- as if it were yesterday. We were so proud of that movie! Part of it was filmed, in fact, in my old neighborhood -- the the playwright who penned it, Lorraine Hansberry, grew up in my neighborhood.

But that wasn't why I was so proud. I was proud of the women in it -- the regal, radiant women whose faces were lit from within.

All of those brilliant pioneers would become leaders in the civil rights struggles to come. But none shined brighter than "Ruby and Ossie," who were the role models for many a black couple as well.

They represented the best we could be on every level. And I think they knew it. They certainly behaved as if they did.

And in so doing, they helped broadcast the beauty in our blackness to the whole world. We had always known it was there. But Ruby and Ossie and the rest were our standard bearers. They expressed and reveled in it.

And made one young South Side Chicago girl believe she could be like Ruby Dee someday.

I didn't become an actress. But I did become a journalist and author and wife and mother who, when the time came, had her own daughter sit down and watch A Raisin in the Sun with purpose.

My daughter is half Hopi Indian and there are precious few role models on TV and in movies for her today. So as much as things seem to have changed for some, for others things are much the same as they were back when I dressed up to see Ruby Dee and the rest on the big screen.

But whenever I despair I remember Ruby Dee and all those who arrived at just the right time in my life. And it gives me the strength to fight on.